Anonymous senses your displeasure and witnesses the iron fist of the state being used more and more often to put down dissent before it begins. We note also the ever increasing tide of propaganda issued to justify these repressive acts. The law is no longerthe protector of the citizens, but the protector of the wealthy few from the many who have little. Justice has become yet another commodity that only the wealthy can afford.
We call for mass protests
Saturday 15th October
Will be your chance at rebellion
We call on Britain to unite and organize peacefully.
Unions, anti cuts groups, community organizations, students, atavists, citizens: You know your political system is not fit for purpose. Rally your supporters and stand together.
Together you can send a powerful message to your government:
you are the people of Britain and your voice WILL be heard.
Posted by Angelo Agathangelou at 12:00 pm 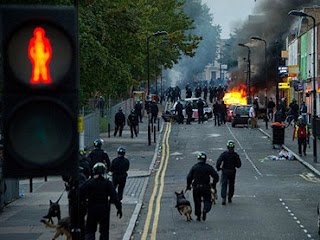 The United Kingdom has been singled out as the worst place to live in Europe in a recently-published uSwitch Quality of Life Index, raising concerns that further austerity cuts could mean August’s riots were only a taste of things to come.


An opinion poll which accompanied the index found that only five per cent of respondents were still happy to live in a country that even Prime Minister David Cameron admitted had a “broken society.”  In fact, the deteriorating situation in the country has led some 46 per cent of those questioned to consider emigrating.
Perhaps more surprisingly, life in Italy and Ireland measured better in comparison despite their economic woes, while France topped the list.
The index, which weighs 16 different indicators ranging from the cost of essential goods and services to government spending on education and healthcare, compares and contrasts the overall quality of life in 10 developed European countries.
Despite higher-than-average wages in the UK, uSwitch concluded that the poor work-life balance, late retirement age and rising energy and petrol prices contributed to the dismal showing.
While the UK had been hovering on the lower rungs of the index for several years, this is the first time it has hit bottom. (Source)
Posted by Angelo Agathangelou at 11:00 am

Anthony J. Hall's interview with a reporter for Canada's CTV in front of the Vancouver Club on September 26, 2011. The subject of both the discussion and of the protest rally is the failure of Canadian officials to enforce domestic and international law by arresting former US Vice-President Dick Cheney. Cheney clearly fills all the criteria of a person who should have been charged under the terms of the Canadian Crimes Against Humanity and War Crimes Act, 2000.
Posted by Angelo Agathangelou at 9:20 am

The following are 12 shocking quotes from insiders that are warning about the horrific economic crisis that is almost here....
#1 George Soros: "Financial markets are driving the world towards another Great Depression with incalculable political consequences. The authorities, particularly in Europe, have lost control of the situation." 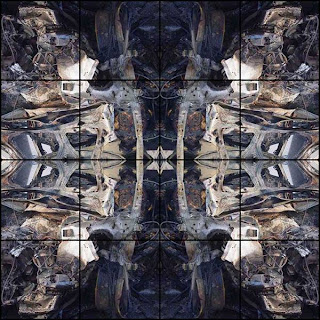 #2 PIMCO CEO Mohammed El-Erian: "These are all signs of an institutional run on French banks. If it persists, the banks would have no choice but to delever their balance sheets in a very drastic and disorderly fashion. Retail depositors would get edgy and be tempted to follow trading and institutional clients through the exit doors. Europe would thus be thrown into a full-blown banking crisis that aggravates the sovereign debt trap, renders certain another economic recession, and significantly worsens the outlook for the global economy."
#3 Attila Szalay-Berzeviczy, global head of securities services at UniCredit SpA (Italy's largest bank): "The only remaining question is how many days the hopeless rearguard action of European governments and the European Central Bank can keep up Greece’s spirits."
#4 Stefan Homburg, the head of Germany's Institute for Public Finance: "The euro is nearing its ugly end. A collapse of monetary union now appears unavoidable."
#5 EU Parliament Member Nigel Farage: "I think the worst in the financial system is yet to come, a possible cataclysm and if that happens the gold price could go (higher) to a number that we simply cannot, at this moment, even imagine."
#6 Carl Weinberg, the chief economist at High Frequency Economics: "At this point, our base case is that Greece will default within weeks."
#7 Goldman Sachs strategist Alan Brazil: "Solving a debt problem with more debt has not solved the underlying problem. In the US, Treasury debt growth financed the US consumer but has not had enough of an impact on job growth. Can the US continue to depreciate the world’s base currency?"
#8 International Labour Organization director general Juan Somaviarecently stated that total unemployment could "increase by some 20m to a total of 40m in G20 countries" by the end of 2012.
#9 Deutsche Bank CEO Josef Ackerman: "It is an open secret that numerous European banks would not survive having to revalue sovereign debt held on the banking book at market levels."
#10 Alastair Newton, a strategist for Nomura Securities in London: "We believe that we are just about to enter a critical period for the eurozone and that the threat of some sort of break-up between now and year-end is greater than it has been at any time since the start of the crisis"
#11 Ann Barnhardt, head of Barnhardt Capital Management, Inc.: "It's over. There is no coming back from this. The only thing that can happen is a total and complete collapse of EVERYTHING we now know, and humanity starts from scratch. And if you think that this collapse is going to play out without one hell of a big hot war, you are sadly, sadly mistaken."
#12 Lakshman Achuthan of ECRI: "When I call a recession...that means that process is starting to feed on itself, which means that you can yell and scream and you can write a big check, but it's not going to stop."
Original Source
Posted by Angelo Agathangelou at 6:48 am

Posted by Angelo Agathangelou at 12:29 am