Anonymous brings down Interpol website in retaliation for 25 arrests

Supporters of the Anonymous hacker group attacked Interpol's main website after the international police agency conducted a number of hacker arrests across the globe.

The website Interpol.int was unreachable for a half hour on Wednesday. Access was later restored, although the loading time remains slow. The attack appears to have been conducted using a botnet. Anonymous Twitter accounts tweeted “interpol.int seems to be #TangoDown. We can’t say that this surprises us much," and "Looks like interpol.int is having some traffic issues. Now who would have expected that?” 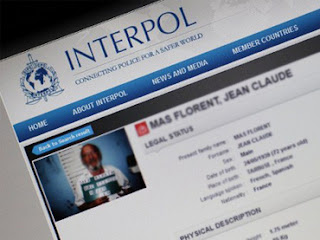 The attacks came as Interpol announced the arrests of 25 suspected Anonymous members, aged between 17 and 40, who it alleges planned coordinated cyber-attacks against Colombia’s defense ministry and presidential websites, Chile’s Endesa electricity company and national library, among other targets. The arrests were part of Operation Unmask, during which police in Colombia, Argentina, Chile and Spain seized computers, mobile phones, credit cards and cash at 40 locations in 15 cities.


Among the 25 under arrest are four Anonymous hackers detained by police in Spain earlier on Tuesday under claims that they conducted attacks on Spanish political parties' websites. The Spanish National Police also said two servers in Bulgaria and the Czech Republic had been blocked as part of Operation Unmask, and that a manager of Anonymous’ operations in Spain and Latin America, known by the aliases “Thunder” and “Pacotron,” was among those arrested.
The four are also suspected of vandalizing websites, conducting DDoS attacks and publishing sensitive data on police officers assigned to Spain's royal palace and its prime minister’s office.
Source
Posted by Angelo Agathangelou at 9:14 am