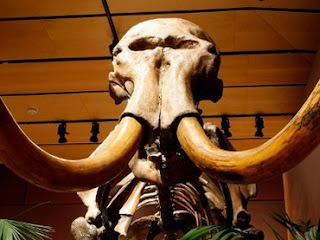 A Siberian research institute has joined forces with the world’s most controversial geneticist to clone the woolly mammoth – a species that is said to have been extinct for thousands of years. Vasily Vasilyev, vice rector of North-Eastern Federal University of the Sakha Republic and Hwang Woo-Suk of South Korea's Sooam Biotech Research Foundation have signed an agreement, and say they hope to produce a living mammoth within six years.

The union is no accident.
Although mammoths once roamed Earth, they survived the longest in Northern Siberia, with the last dying out less than 2,000 years ago – some 8,000 years after they disappeared elsewhere. The cold climate also meant that they were best preserved in that part of the world, meaning Russian research institutes like Sakha University have access to more frozen mammoth parts than any other.
Hwang is one of the world’s leading geneticists, and a celebrity in his native country. He was the first to clone a dog (Snuppy the Afghan hound, born in 2005) but was later given a suspended prison sentence for embezzlement and ethical violations when it was found out that he had faked some of his research.

South Korean scientist Hwang Woo-Suk (L) shakes hands with Vasily Vasiliev, vice director of North-Eastern Federal University of Russia's Sakha Republic (AFP Photo / Jung Yeon-Je)
But despite the perfect match, the cloning is anything but straightforward – Russian and Japanese scientists have been working on cloning the mammoth for the best part of a decade, and the two countries already have a world-class team at Sakha University.
One of the problems is that the DNA needs to be perfectly preserved. Hwang said that finding undamaged tissue would be the “primary difficulty,” and labeled the job “a tough task.”
If scientists did isolate perfect DNA from the mammoth, it would need to be implanted into the eggs of an elephant. The embryos would then be carried by an African elephant – the closest surviving relative of the mammoth – during a 22-month pregnancy.
But despite the difficulty, seeing the creatures – famed for their colorful fur and 5 meter-long curved tusks – alive on Earth again would constitute perhaps the greatest scientific achievement of the century.
If the project is successful, it would be the second time an extinct animal has been “resurrected.” The Pyrenean ibex – a type of wild goat that became extinct in 2000 – was cloned three years ago, but the billy died within minutes.
Source
Posted by Angelo Agathangelou at 6:11 pm