Palestine is Israeli occupied territory. Military orders govern all aspects of daily life. Democratic rights are denied. Freedom is a non-starter, persecution a way of life.

Gaza is an open-air prison. The West Bank and East Jerusalem fare little better. Life in Occupied Palestine for about 4.2 million residents is hell. No one's safe from Israel's wrath.

No other country comes close to these figures. None calling themselves democracies would dare. With the world's largest prison population by far, America comes closest.
Mostly affected are Blacks, Latinos, and Muslims since Washington declared war on Islam. In America and Israel, praying to the wrong God is hazardous.

Palestinian prisoner numbers vary. Thousands are affected at all times. Virtually all are political prisoners. Arabs aren't welcome in Israel. In Palestine they're equated with terrorists.

Pre-dawn raids, arrests, false charges, harsh interrogations, torture, intimidation, rigged trials, and imprisonment terrorize them. Children young as 10 are affected. So is everyone wanting to live free on their own land in their own country. Perhaps one day, but not now.

Israel holds Palestinians in 17 prisons, four interrogation centers, and another four for shorter-term detentions. All but one are in Israel in violation of Fourth Geneva's Article 76. It states:

"Protected persons accused of offences shall be detained in the occupied country, and if convicted they shall serve their sentences therein."

Broadly defined ones criminalize "many aspects of Palestinian civic life." For example, belong to the wrong political party and risk prosecution. Displaying a Palestinian flag is criminalized.

Peacefully demonstrating is considered disrupting public order. "Pouring coffee for a member of a declared illegal association can be seen as support for a terrorist organization."

So can dozens of other non-threatening aspects of daily life conducted freely in real democracies. Not in Palestine, and increasingly also risky in America.

Prison life for Palestinians is hell. Horrific conditions include severe overcrowding, poor ventilation and sanitation, no change of clothes or adequate clothing, wooden planks with thin mattresses and filthy blankets, inadequate food in terms of quality, quantity or conformance with dietary requirements, poor medical care, and restricted or no access to family members and counsel, among other abuses.

Isolation is worse. Alone or with one other prisoner, lockdown runs 23 hours daily. Most cells are 1.5 by 2 meters to 3 by 3.5. Little light or air gets in. It's almost like being entombed. International law is violated.

Under Article 10 of the International Covenant on Civil and Political Rights (ICCPR):

"All persons deprived of their liberty shall be treated with humanity and with respect for the inherent dignity of the human person."

In or out of prison, Palestinians are denied all rights. The Standard Minimum Rules for the Treatment of Prisoners explicitly states isolation for punishment should be infrequent and of limited duration. Under Article 31:

"Corporal punishment, punishment by placing in a dark cell, and all cruel, inhuman or degrading punishments shall be completely prohibited as punishments for disciplinary offences."

The Basic Principles for the Treatment of Prisoners encourage the restriction or abolition of isolation as punishment.

When imposed, strict rules govern treatment Israel spurns with impunity. Whether isolated or part of the general prison population, Palestinians are treated horrifically.

Denied virtually all rights, they use the only one remaining. Refusing food is their weapon of choice. Growing numbers employ it. On April 17, over 1,200 Palestinian prisoners began hunger striking for justice.

Many call it "the battle of empty bowels." They demand better conditions and treatment. They include ending torture, ill-treatment, administrative detention, isolation, night raids, humiliating/invasive searches, and other forms of abuses.

They also want family visitations and access to counsel. Most of all, they want freedom. Being Palestinian got them imprisoned. So did nonviolently resisting occupation, persecution, land theft, and colonization of their country.

Organizers called for supportive Gaza and West Bank rallies. Sustained efforts outside and within prison walls draw widespread attention and have the best chance of changing what shouldn't be tolerated anywhere.

Prisoners' only outside links are family members and counsel. Denial of either violates international law.

On April 17, the Adalah Legal Center for Arab Minority Rights in Israel and Al Mezan Center for Human Rights discussed denying access to counsel to exert pressure on Palestinian prisoners.

"The right of a detainee to meet with and be represented by an attorney has long been recognized as a basic constitutional right, one which derives from an individual’s rights to personal liberty, dignity and due process," they said.

In Sufian v. Commander of IDF Forces in Gaza, Israel's Supreme Court recognized this right. Moreover, it disqualified evidence obtained by violating it. However, the Court stopped short of including so-called "security detainees." They're heroic, not criminals.

It argued that according to classified material, doing so would compromise regional security and hamstring investigative procedures. The Court left unexamined arrest and interrogation procedures. It chose only to rule based on classified General Security Service (GSS) material.

"All persons shall be equal before the courts and tribunals."

Right to counsel doesn't end behind bars. It derives from the recognized right to personal liberty, dignity, due process, and judicial fairness.

Israel's Basic Law: Human Dignity and Liberty protects both rights from "deprivation or restriction of the liberty of a person by imprisonment, arrest, extradition or otherwise."

Everyone is "entitled to protection of their life, body and dignity."

The right to counsel is universally recognized. America's Sixth Amendment mandates it. No democracy excludes. Doing so violates a fundamental right.

Israel targets Palestinians it wants denied any chance for justice. Israel's no democracy. It keeps finding new ways proving it.

Through February 2012 the Israel Prison Service (IPS) held 4,631 security prisoners, according to Adalah. They're held "under much harsher and more severe detention conditions than criminal prisoners."

As explained above, Israel's Supreme Court lets the IPS distinguish between both categories and inflict pain accordingly. At the same time, the Court said "the IPS should balance prisoners' rights with restrictions necessary to maintain security." How it didn't say.

Security prisoners may or may not receive family visits. Gazans are entirely denied. If permitted, only first-degree relatives are included.

All telephone contacts are prohibited. So is permission to leave prison temporarily in cases of first degree family member deaths.

Security prisoners' social needs are ignored. Excluded are education and rehabilitation services. So is amnesty from Israel's president or reduction of life sentences.

Its Section 4 cells are described as "dirty, dark, and unventilated, with insects and cockroaches crawling from mattresses."

Prisoners' health and well-being are endangered. They told Adalah about crowded small cells with poor sanitation and no separation between toilets and showers. Vermin infests them. Blackouts regularly occur.

Adalah petitioned IPS. It demanded Section 4 be closed. Two letters weren't answered. At end of March, prisoners were transferred to another area just as bad.

Pain and suffering is featured. Rule of law principles are ignored. Police state cruelty substitutes for what even Israeli law mandates. When it comes to Palestinians, nothing is too abusive to impose. 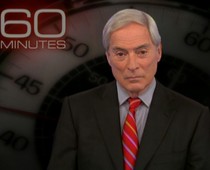 
During Sunday night's episode of "60 Minutes," reporter Bob Simon's story on Arab Christians included a heated confrontation between himself and the Zionist ambassador to the United States Michael Oren.
The “60 Minutes” story tackled the displacement of Palestinian Christians by the Zionist Occupation of the West Bank and East Jerusalem.
Oren also called Simon's report "outrageous" and "incomprehensible,” and reportedly called Jeff Fager, the chairman of CBS News, before the broadcast and said he had information the "60 Minutes" story was "a hatchet job." He was concerned that the piece was critical of the Zionist entity and could harm its reputation among American Christians.
In its report, Simon told Americans that there are Palestinian Christians, and the Right wing Zionists have attempted to displace, expropriate and erase the Palestinian nation, and to convince them that Palestinians don’t exist or if they do are enemies of the U.S.
According to the report, when the foe of the US was the Soviet Union, they made the Palestinians Communists. When the foe became al-Qaeda, they made the Palestinians violent fundamentalists. But if some percentage of Palestinians is Christians, then that fact disrupts the propaganda. In fact, millions of Palestinians are descended from the 700,000 or so Palestinians ethnically cleansed by the Israelis from what is now Israel in 1948, of whom about 10 percent were Christian.
The report also mentioned that some Palestinians are Lutherans, Catholics and Episcopalians, establishing a link of commonality between them and Americans, which raised the ire of the entity of occupation because it wants Americans identifying only with the so-called ‘Israelis’, not with Palestinians.
It also told Americans that ‘Israel’ is occupying and colonizing Palestinian land, and it let it slip that Palestinians in the West Bank need a permit to travel to Arab East Jerusalem and are subjected within the West Bank to humiliating check points that turn a 7 mile journey into an all-day ordeal.
Simon's story allowed Palestinians to speak for themselves as well, and to refute Oren’s anti-Palestinian talking points, where it mentioned a prominent Palestinian businessman and Coca Cola distributor saying that he knew of no Palestinian Christians who were leaving the West Bank and Jerusalem because of Muslims but that rather they were leaving because of the “Israeli Oppression.”
The report allowed the Palestinians to point out that the West Bank now looks like Swiss cheese, with Zionist colonies grabbing the good land and water, and the stateless Palestinians pushed into the holes; and that the way the Israelis built the Separation Wall isolated Bethlehem, Jesus’s birthplace and a city that still is 18% Christian, had made it “an open-air prison.”
It also described the Palestinian Kairos Document, calling for nonviolent, as a peaceful struggle by Palestinians against the Zionist Occupation and land grabs, particularly when it quoted a Zionist scholar putting “Political Judaism” on par with “Political Islam.”
According to sources, news of Simon's "60 Minutes" report reached the highest governmental levels of the Zionist entity, where a main daily Haaretz reported Tuesday that PM Benjamin Netanyahu and his political adviser Ron Dermer were "fully informed on the affair almost since its start."
A source told Haaretz that Israel's unsuccessful attempts to kill the "60 Minutes" report backfired as Oren's call to Fager became a central part of the story. "We awakened the dead," the source said.
However, officials in the Prime Minister's Office disagreed and insisted that their efforts delayed the broadcast and made the final version "softer."

Posted by Angelo Agathangelou at 9:24 pm