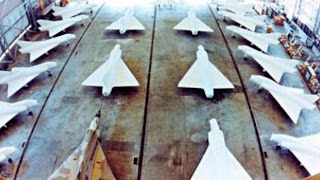 A new report has revealed that the Israeli regime supplied Argentina with weapons during the Falklands War between Britain and Buenos Aires in 1982.

According to the report, Argentine pilots have spoken for the first time of a secret mission that took them to the Occupied Palestinian Territories to seek out weapons during the conflict.

The report comes as Argentina and Britain commemorate the 30th anniversary of the Falklands War.

This year marked 30 years since the first significant events of the war - which claimed the lives of 258 British and 649 Argentine troops - including the sinking of the General Belgrano, an Argentine warship.

On April 2, 1982, Argentina had invaded the Falkland Islands and, just days later, a team of seven civilian pilots was summoned by the Argentine air force and sworn to secrecy.
They were to aid their country's war effort by flying twice to Tel Aviv, to load up planes with Israeli weapons and artillery, to be used by troops on the ground against the British.

Flying a non-military Boeing 707 that belonged to national airline Aerol?neas Argentinas, Ram?n Arce, head of the group, left Buenos Aires for Tel Aviv, via the Canary Islands, on April 7.

"When we landed at Ben-Gurion, a committee of Argentines and Israelis met us," Arce told Clar?n, an Argentine national newspaper, breaking his 30-year silence. "They told us they had been waiting."

It was the first time an Aerol?neas Argentinas plane had touched down in Israel. Nobody was to know, until now, that it would return to Buenos Aires filled with weaponry.

Jorge Prelooker, now 75, was pilot of the second flight to Tel Aviv. "The British couldn't attack as we were flying non-military aircraft with civilians aboard," he said. "There would have been international uproar had we been shot down."

Prelooker explained how the flights to Israel were also used as reconnaissance. "They told us to look out for British warships as we crossed the Atlantic Ocean and report back to Buenos Aires," he said.

Among the weaponry that was loaded onto the planes in Tel Aviv were air-to-air missiles, anti-tank mines, mortars, bombs and machine guns.

The pilots also embarked on four similar flights to Tripoli, Libya, where the military dictatorship that took Argentina to war had struck up an arms deal with Colonel Muammar Gaddafi.

In addition to the operation, Israel collaborated with the dictatorship in Argentina during the Falklands War by sending arms via Peru so that the British would not find out.

The then prime minister, Menachem Begin, agreed to supply equipment - including gas masks, radar systems and fuel tanks for bombers - to Leopoldo Galtieri, head of the military junta, reportedly because of a long-standing hatred of the UK.

Meanwhile, Peruvian president Fernando Belaunde Therry authorised the transport of arms from Israel to Lima and Callao, a major Pacific port, before their transfer to Buenos Aires aboard Aerol?neas Argentinas aircraft.

Crucially, the Peruvian air force signed blank purchase orders during the 74-day conflict, enabling the Argentine dictatorship to request whatever it needed from Israel.


Source
Posted by Angelo Agathangelou at 12:01 am