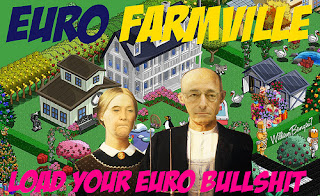 By David Galland, Casey Research: Recently I helped out with some delivery chores. As I drove about, I discovered that one of the roads I would normally use was closed by roadblocks. It was, I imagine, due to road repair work. I had to reverse course and take a substantial detour.
I wondered why the road crew hadn't put up a sign indicating the road was closed back at the main intersection, but I shrugged and muttered something like "Typical government operation."
Driving back home, this idea of roadblocks took root in my mind. The thing is, only governmental entities can set up roadblocks – at least, legally.
Obviously, there are times when such roadblocks are entirely appropriate... for example, when a bridge is found to be dangerous.
In that case, putting up a roadblock to let drivers know that the road is a no-go makes perfect sense.
For example, a temporary warning sign to let people know that there is a road crew fixing potholes ahead makes sense and that sort of thing.
Otherwise, unless a road is damaged to the point where driving is either impossible or ill advised, there should be no roadblocks set up. Makes sense, right?
The decision to set up a roadblock should be taken only by people who are close to the problem, who understand the issues, and can deal with the problem on the road, fix it, and open it up again as quickly as possible.
Imagine then a world where government officials, as often as not operating hundreds or even thousands of miles away, are in control of the roadblock rules.
Despite having no real knowledge of the problem at a local level, they dictate that those roadblocks be set up and made permanent based not upon the specific condition that a road is out, but rather based on political expediency, cronyism, imaginary threats, and donations by influential lobbyists.
In a world like that, where roadblocks are set up all over the place and without any real thought to the consequences to road users, imagine how difficult it could be to get from Point A to Point B.
In fact, it would not be out of the question that the single road leading to your house could be blocked, leaving you no way out.
While that seems rather extreme, I would contend that it is a valid metaphor for the world we now live in.