By Kamal Ahmed: The CEO said he had been reading a new paper from Boston Consulting Group headed “Ending the era of Ponzi finance”. The lessons he had taken from it were miserable. 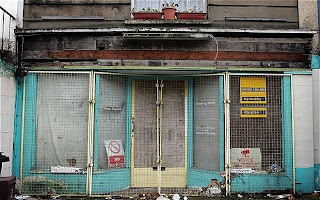 The West was not going to find its way to the right economic path with a little tweaking at the edges, the CEO said. What is needed is a wholesale overhaul of the economic system to tackle record levels of public and private debt. Was anyone brave enough to do it, he wondered aloud.
I asked him to send me the report. He did.
The BCG study by Daniel Stelter which is doing the rounds of corporate C-suites does not pull its punches. In fact, its punches are really just a softening-up exercise for a barrage of kicks and painful blows aimed at anyone who thinks that kicking the can down the road is a suitable substitute for radical action.
At the heart of the analysis is the issue of debt. A report by the Bank of International Settlements, the study notes, found that the combined debts of the public and private sector in the 18 core members of the OECD rose from 160pc of GDP in 1980 to 321pc in 2010.
That debt was not used to fund growth – perfectly reasonable – but was used for consumption, speculation and, increasingly, to pay interest on the previous debt as liabilities were rolled over.
As soon as asset price rises – fuelled by high levels of leverage – levelled off, the model imploded.

The issue is brought into sharp focus by one salient fact. In the 1960s, for every additional dollar of debt taken on in America there was 59c of new GDP produced. By 2000-10, this figure had fallen to 18c. Even in America, that’s about a fifth of what you’ll need to buy a McDonald’s burger.
Coupled with the huge debt burden are oversized public sectors and shrinking workforces. The larger the part the Government plays in the economy, the lower the levels of growth.
A report by Andreas Bergh and Magnus Henrekson in 2011 – cited by BCG – found that for every increase of 10pc in the size of the state, there is a reduction in GDP growth of 0.5pc to 1pc. Across Europe, the average level of government spending is 40pc of GDP or higher, and is as much as 60pc in Denmark and France. In emerging markets, it is between 20pc and 40pc. This gives non-Western economies an automatic growth advantage.
This material should be gripping politicians in Westminster, not just CEOs in central London. The size of the workforce is falling across the developed world, with the United Nations estimating that between 2012 and 2050 the working-age population in Western Europe will fall by 13pc. This comes at a time when we have a pension system not much changed since the era of the man who invented it – Otto von Bismarck.
What does the West need to do to right such fundamental imbalances?
Mr Stelter and his colleagues do offer some solutions. First, there has to be an acknowledgement that some debts will never be repaid and should be restructured. Holders of the debt, be they countries or companies, should be allowed to default, whatever the short-term pain of such a process.
In social policy, retirement ages will have to increase. People will have to work harder, for longer and should be encouraged to do so by changes in benefit levels that do little – at their present level – to reward work at the margin.
The size of the state should be radically reduced and immigration encouraged. Competition in labour markets through supply-side reforms should be pursued.
Where governments can proactively act – by backing modern infrastructure – they should. High-growth economies are built on modern railways, airports, roads and energy supplies. Allowing potholes to develop in your local roads is a symptom of a wider malaise and cash-rich corporates should be pushed, through tax incentives, to invest their money in developed as well as emerging economies. Energy efficiency – to save money, not the planet – should be promoted.
As Mr Stelter says, many chief executives might understand the problem but not see it as immediately relevant to them. Profit margins across Europe have returned to the levels of 2005. Money is cheap due to the printing presses of the central banks and ultra-low interest rates. Short-term, things look OK – there has been little real pain despite the efforts of some to portray every necessary efficiency move as a “cut” of calamitous proportions.
But in the end, business needs growth in the wider economy to flourish. There needs to be a radical rethink of the way the West organises itself. Many of the ideas of Mr Stelter and his team are the right ones, although the tax burden being what it is in the UK, many would find it hard to stomach the thought of more tax rises that the BCG report recommends. At some point the relationship between taxed income and willingness to innovate turns negative.
I would suggest the UK is very near that point.
BCG’s arguments are, of course, not new. In a recent programme on the Bank of England for BBC Radio 4, I interviewed the Oxford economist, Dieter Helm. “I think it’s important to understand there are very different views about what happened in the crisis,” he told me.
“Some people think that this was some kind of Keynesian event, that our problem after the crash was deficient demand and therefore what we had to do was stimulate the economy.
“In other words, where we were in 2006 in terms of our consumption and spending was perfectly sustainable.
“[But] what’s going on is a massive postponement exercise and I think that means that the sustainable level of consumption we will end up with will be lower than it would have been if we’d faced up to the reality of our economic mess that was created by the great boom of the 20th century and the enormous splurge of spending and asset bubble of the early years of the 21st century.”
As we know, George Osborne’s austerity plan is not actually much of a plan, with government debt levels increasing for the rest of this Parliament. But in politics, the choice is not simply between what is being proposed and
Shangri-La. It is about what is being proposed and the alternative – and the Labour alternative is more spending. Most people know which one we should be choosing so that worried FTSE 100 CEOs can sleep a little easier.