Students and Retirees: Exactly How Banksters Will Destroy Your Future

The governments of many countries rely on the fact that people don't really understand the terrible impact which inflation has. This video tries to help you quantify it. Printing money has always resulted in runaway inflation and it is unlikely to be any different this time.

For the full video of Professor Bartlett's lecture, go to the Youtube URL:- http://www.youtube.com/watch?v=F-QA2rkpBSY
Posted by Angelo Agathangelou at 11:40 pm

Posted by Angelo Agathangelou at 9:44 pm

Thierry in Syria - Not Going the Way Israel and NATO Wanted

Thierry sees a general destabilisation taking place beyond Syria.
Thierry was a pioneer in exposing 911 irregularities Source
Posted by Angelo Agathangelou at 6:36 pm

Obama's election nightmare year as he prepares to do battle to stay in the White House. Lights of the London Olympic stadium fail as the world look forward to the biggest sporting competition on the planet. And on the anniversary of the end of the first Arab-Israeli war in 1949 we look to the future with Kevin Ovenden from Viva Palestina. Source
Posted by Angelo Agathangelou at 4:44 pm

As the Eurozone sinks deeper into the financial crisis, it's most reliable member, Germany, would be the most concerned. And as disillusionment with the political establishment sets in, support appears to be shifting to a new party that has no official stance on the EU or its troubles Source
Posted by Angelo Agathangelou at 4:00 pm 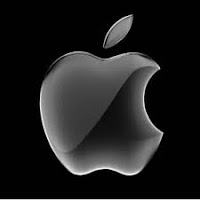 "In a tweet early this morning, cybersecurity researcher Christopher Soghoian pointed to an internal memo of India's Military Intelligence that has been liberated by hackers and posted on the Net. The memo suggests that, "in exchange for the Indian market presence" mobile device manufacturers, including RIM, Nokia, and Apple (collectively defined in the document as "RINOA") have agreed to provide backdoor access on their devices. The Indian government then "utilized backdoors provided by RINOA" to intercept internal emails of the U.S.-China Economic and Security Review Commission, a U.S. government body with a mandate to monitor, investigate and report to Congress on 'the national security implications of the bilateral trade and economic relationship' between the U.S. and China. Manan Kakkar, an Indian blogger for ZDNet, has alsopicked up the story and writes that it may be the fruits of an earlier hack of Symantec. "If Apple is providing governments with a backdoor to iOS, can we assume that they have also done so with Mac OS X?" Source
Posted by Angelo Agathangelou at 12:27 pm

Iran has vowed to increase the capacity of its first nuclear power plant to maximum within a month, and launch a new nuclear facility, as President Ahmadinejad arrives in Latin America to gain support amid intense pressure from the West. The nuclear pledge came amid a storm of harsh rhetoric between Tehran and the West, with Iran saying it is not pursuing a nuclear weapons program and refuting Western allegations that it is in breach of the nuclear non-proliferation treaty.

A satellite image apparently shows the Natanz nuclear plant in Iran. Iranian authorities claimed the drone was flying over the Fordo plant, near Qom (Reuters)

“The Fordo facility will be launched soon and will be able to produce 20 per cent, 3.5 per cent, and 4 per cent enriched uranium,” the head of the Atomic Energy Organization of Iran (AEOI) was quoted by Iranian media as saying on Sunday.
Fereidoun Abbasi was speaking at the opening of an exhibition displaying the country’s nuclear achievements in the port city of Bandar Abbas, in the southern province of Hormozgan.
In August 2011, the AEOI announced plans to transfer the production of uranium enriched to a purity level of 20 per cent from the Natanz nuclear site to the subterranean Fordo enrichment facility under the supervision of the International Atomic Energy Agency (IAEA). It also claimed it would triple the production of 20 per cent enriched uranium and eventually move the entire program to the new, secretly-built facility.
The Fordo enrichment facility is carved into a mountainside south of Tehran to protect it against possible attacks. It was top secret until 2009 and was only disclosed to the IAEA nuclear watchdog in September of that year after its existence was allegedly detected by Western intelligence.
Mr Abbasi says some centrifuges have already been moved, but they are taking their time in order to observe what he calls “technical standards”.
The first batch of 20 per cent enriched nuclear fuel will be loaded into the core of the Tehran research reactor within a month, reports The Tehran Times. Iran has reiterated that it needs 20 per cent enriched uranium to produce nuclear fuel plates for the Tehran research reactor, which produces radioisotopes for cancer treatment.

Bushehr plant to work to full capacity within month

Iran's top nuclear official also said the Bushehr plant, located along the Persian Gulf coast, will reach its full capacity of 1,000 megawatts by February 1. The plant was connected to the country's national grid in September with a capacity of 60 megawatts. Once it reaches 1,000 megawatts, Bushehr will account for 2.5% of Iran's total electricity consumption.

Abbasi confirmed Tehran's readiness to export nuclear services to friendly countries, especially the African nations.
"At present we are capable of exporting nuclear services to the friendly countries in Africa which own considerable uranium resources," he was quoted as saying by the country’s media.
Noting that Iran is already registered as an exporter of nuclear hardware to other countries, he also underlined Tehran's readiness to export heavy water byproducts.
Fereidoun Abbasi announced a few months ago that Iran was ready to export enriched uranium, as well as build uranium enrichment plants abroad and advise countries importing nuclear power plants on how to write contracts protecting their rights.

Ahmadinejad off to Latin America for support against the West

Meanwhile, Iranian President Mahmoud Ahmadinejad has left for a five-day Latin America trip. It will take in Venezuela, Cuba, Ecuador and Nicaragua, countries which, “resist the oppression” of the United States and share “an anti-colonialist view,” he said just before flying out on Sunday, according to the country’s Fars news agency.
Commenting on Ahmadinejad’s trip, the US State Department said that “as the regime feels increasing pressure, it is desperate for friends – and is flailing around in interesting places to find,” them.
Tensions continue to run high in the Strait of Hormuz, where Iran has announced it is planning to hold yet another round of naval drills following 10-days of manoeuvres.
The fresh round of drills – codenamed The Great Prophet – could coincide with joint US-Israeli exercises in the Persian Gulf, codenamed Austere Challenge 12.
Hopefully the show of strength will remain just that. But with three armies on the playing board, one spark could be enough to ignite an all-out war. Source
Posted by Angelo Agathangelou at 11:33 am

Apology Of An Economic Hitman

John Perkins (b. January 28, 1945 in Hanover, New Hampshire) is an economist and author. He was a Peace Corps Volunteer in Ecuador from 1968--1970 and this experience launched him in the world of economics and writing. His best known book is Confessions of an Economic Hit Man (2004), an insider's account of the exploitation or neo-colonization of Third World countries by what Perkins describes as a cabal of corporations, banks, and the United States government. His 2007 book, The Secret History of the American Empire, provides more evidence of the negative impact of global corporations on the economies and ecologies of poor countries, as well as offering suggestions for making corporations behave more like good citizens.

Perkins also wrote an introduction to the 2007 book A Game as Old as Empire: the Secret World of Economic Hit Men and the Web of Global Corruption (edited by Steven Hiatt), a collection of accounts from investigators, journalists and other economic hitmen. The book offers further evidence of economic hit men and rebuts some of the criticism that Perkins' book Confessions of an Economic Hit Man received. Source
Posted by Angelo Agathangelou at 10:36 am

Greece Being Raped: To 'sell bonds backed by state property' 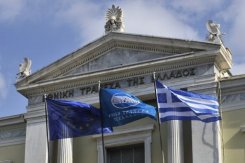 Crisis-hit Greece plans to sell bonds with state property as collateral to buy back sovereign debt and postpone a privatisation drive under unfavourable market conditions, a report said on Saturday.
To Vima weekly said the Hellenic state asset development fund, an agency set up last year to manage Greece's asset sales, plans to create a privatisation bond to buy back part of the country's enormous debt on the secondary market.
For every one billion euros earned by the planned bond, the state will be able to buy back older debt worth 2.5 billion euros given the currently depressed value of Greek debt, unnamed agency officials told the newspaper.
Greek state debt, which has exploded to over 350 billion euros ($447 billion), is currently trading up to 35 percent below its face value, To Vima said.
Athens last year pledged a sweeping privatisation drive in return for bailout loans from the European Union and the International Monetary Fund.
The process originally aimed to raise 5.5 billion euros by the end of the year, and 50 billion overall by 2015.
But targets have been revised owing to procedural delays and fears that a hurried sale in the present economic downturn will only bring limited revenue.
In December, Greece sold four disused Airbus A340 jets for 40.4 million dollars, a sum which aviation unionists dismissed as scrap value.
The privatisation list includes ports, regional airports, utilities and motorways, a leading casino, public-owned defence, train and mining companies, and a key stake in Greece's monopoly gaming operator.
Posted by Angelo Agathangelou at 10:15 am

Where is The Dutch Gold?

The Dutch gold reserve is considered as the ultimate buffer in financially chaotic times. Toch - thus it has been now confessed - no less than 90 per cent of the gold in foreign lockers, for example in New York lies. But does it lie there good? Source

Posted by Angelo Agathangelou at 10:03 am