Vladimir Putin, set to win a third presidential term, declared his victory and thanked his voters for their support. Polling at over 64 percent with over two thirds of the votes counted, victory seems assured.
"We have won in an open and fair struggle," Putin said, addressing 110,000 people gathered on Manezhnaya Square outside the Kremlin walls. He stressed that this victory signals a defeat for those who want to destroy Russia.


“This was more than just a presidential election. This was a very important test for us – a test for the political maturity of our people and independence. We have demonstrated that nobody can impose anything on us. We have shown that our people are capable of telling the difference between the desire for novelty and progress, and political provocations that press for only one goal: to destroy Russia. Today our people have proven that such scenarios are not going to work in our country,” Putin said.

Read more »
Posted by Angelo Agathangelou at 11:08 pm Links to this post

Read more »
Posted by Angelo Agathangelou at 9:30 pm Links to this post

A nuclear power with its own space program receiving humanitarian aid from London. But as the Indian economy gears up to overtake Britain, many in the UK say they should no longer pour money into one of world's fastest growing countries.

Read more »
Posted by Angelo Agathangelou at 8:15 pm Links to this post

Read more »
Posted by Angelo Agathangelou at 4:16 pm Links to this post

The owner of Firefox, the world’s second most popular browser, is backing an add-on which would allow users to monitor in real-time how their actions are tracked and shared by various websites as they surf the net. 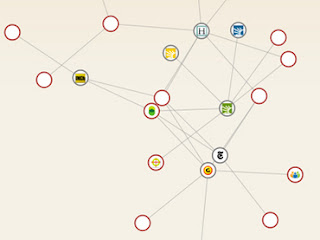 The tool currently in development visualizes the flow of information as a meshwork of bubbles representing different websites. It tracks the sites which the user visits and also shows their known partners – ad companies, behavior profilers and other third parties. As surfing continues, a pattern emerges revealing that different popular sites are linked to the same data collectors, which are building up their knowledge on the user’s habits and preferences.
Read more »
Posted by Angelo Agathangelou at 4:04 pm Links to this post

David Rosenberg: "The Best Currency May Be Physical Gold"

Stop us when this sounds familiar:
What a no-brainer to suck at the teat and go long some very transparent and liquid debt that matures in less than three years (how can there not be a rally in global risk assets when Europe's central bank pumps a combined $1.3 trillion into the financial system? Not to mention a second bailout for Greece we were told a year ago there wouldn't be any!). This must be the safest carry trade ever, or at least that is the perception (1% LTRO loan for a 5% Italian bond or a 2% short-term note even ... back up the truck!). Put up a tiny bit of capital and lever it up. It is incredible that we live in a world where the difference between going out of business as a bank and prosperity lies with cheap money being accessed from the central bank balance sheet.

At least LTRO1 was dealing with a possible breakdown of the system since the banks weren't lending to each other. LTRO2 is clearly an overt policy move from the traditional central bank role of being the lender of last resort (which even LTRO1 was to a point) to being the lender of first call, as Peter Tchir aptly puts it. There is no such thing as a free lunch, but there is such a thing as the law of unintended consequences.
Read more »
Posted by Angelo Agathangelou at 9:05 am Links to this post

This was the Benghazi Commonwealth War Cemetery to British and allied servicemen who fought in North African desert campaigns during World War II.
Yet another country bombed to anarchy by order of our strange and distant political puppets. The new boss is clearly nothing like the old boss. Gaddafi, the guy who gave of his so called personal wealth to educate, construct for his people and help the whole continent by funding from his supposed personal wealth three quarters of the Africa Satellite project and the other stolen funds designed to help fund the AMF Africa monetary fund.
Observe Libya, that used to be the envy of its neighbours. Now we can sit back, watch it burn and send them aid money to ease our consciences. Oh and tut at this inevitable incident.

Posted by Angelo Agathangelou at 2:18 am Links to this post