The Future of Your Freedom

The map of a world without violence, and the path to get there. Stefan Molyneux, host of Freedomain Radio, interviewed by James Corbett of The Corbett Report - http://www.corbettreport.com Freedomain Radio is the largest and most popular philosophy show on the web -http://www.freedomainradio.com
Posted by Angelo Agathangelou at 10:09 pm Links to this post

Submitted by Tyler Durden: The fearless ECB-plant leading the Greek people on an unelected basis has spoken. Here are the key points and counterpoints:
1. PAPADEMOS SAYS DEPOSITS NOW CAN RETURN TO GREECE
-> They can... but they won't because as the Greek gold is confiscated, so will the Greek private deposits. In the meantime:

2. PAPADEMOS SAYS UP TO GREEKS TO DETERMINE THE COURSE OF COUNTRY
-> Yes indeed.
Read more »
Posted by Angelo Agathangelou at 9:34 pm Links to this post

Athens has clinched a critical bond-swap deal with private creditors allowing Greece to narrowly escape default, opening the door for a bailout injection. Eurozone members were quick to rejoice what they called a major step to rescuing the debt-ridden country. But the parachute provides little optimism for the Greeks whose financial woes continue to snowball Source
Posted by Angelo Agathangelou at 4:42 pm Links to this post

Well known to anyone watching, current affairs have not been of peace, as promised, but rather have embodied the same perpetual warfare that has defined America and Americans internationally. The explosion of fiat currency is nearly always accompanied by the onset of war—and the U.S. dollar standard is and will be no different.
In Obamas defense comes an unlikely voice, Jeffrey Tucker, editor and publisher of Laissez-Faire Books:
"Nor is it the case that any of the elected officials have the power to do serious damage to this system. This goes for the president, too. They can often influence the way the state grows, but they can’t actually fundamentally threaten the apparatus itself. The longer they are in office, the less personal power they realize that they have. The reason is simple. The system is not structured to permit them to dismantle it, even if they wanted to. They are temporary managers of a ruling class, and the members of this class mostly scoff at these people, treating them like actors on a stage that the class itself owns."
Our old Libyan friend, Muammar Gaddafi was killed and the country, bombed, just as they did in Iraq to their old friend, immediately installing central banks and finding success in liberating the oil.
Read more »
Posted by Angelo Agathangelou at 11:40 am Links to this post


The British government is pushing through an anti-terror law that will enable it to monitor all private electronic communication, including social media. Ironically, people to be watched are set to pay for the privilege. Britain is already one of the most-watched societies in the world. With an estimated 2 million surveillance cameras, it has more CCTV per person than almost any other nation on Earth. Being in the UK means being watched non-stop.

Read more »
Posted by Angelo Agathangelou at 10:52 am Links to this post

Greece Issues Statement On PSI, Says €172 Billion Of Bonds Tendered In Swap, Will Enact CACs, ISDA To Meet At 1pm To Find If CDS Trigger

Submitted by Tyler Durden: The biggest sovereign debt restructuring in history is now, well, history. The headlines are finally come in:

We learn that €152 of the €177 billion in Greek law bonds have tendered, which is 85.8%. This means that €25 billion in Greek law bonds have not - these are the hedge funds that could not be Steven Rattnered into participating, and will now sue Greece for par recoveries.This is also the number that ISDA will look at today to determine if, in conjunction with the CAC, means a credit event has occurred.
And yes, the CACs are coming, as is the Credit Event finding:
Read more »
Posted by Angelo Agathangelou at 9:32 am Links to this post

Super Mario Draghi says "ball is now in the banks' court," as he prints over 1 Trillion Euros

It's another "D-Day" for Greece. Seriously? How can you have so many d-day's when you've supposedly already won the war like 2 years ago? Meanwhile, the president of the ECB "Super" Mario Draghi is defending the ECB's trash to cash program today, otherwise known as 3-year LTRO. Really Draghi?

Read more »
Posted by Angelo Agathangelou at 3:13 am Links to this post

Barely two months after President Obama authorized the indefinite detention of Americas, two members of US Congress are asking fellow lawmakers to approve a bill that will repeal a controversial provision of the NDAA.

US President Barack Obama inked the National Defense Authorization Act on New Year’s Eve, essentially allowing the American Armed Forces to indefinitely detain any suspected terrorist, including Americans, without ever bringing them to trial. Though President Obama has spoken out against the act — the very same one he signed — the legislation is currently in effect and allows the US government to grossly strip away rights otherwise guaranteed by the country’s Constitution. 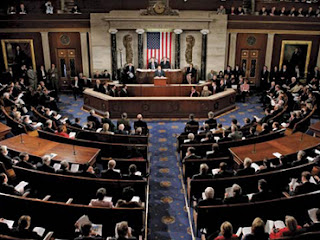 The federal government has already gone to the NDAA to support the continued detention of alleged foreign terrorists, but two members of Congress, Rep. Adam Smith of Washington and Sen. Mark Udall of Colorado, are asking other lawmakers in the House and Senate to sign their name on a bill that will make sure anyone — American or not — will be given a fair trial.
"The goal here is to have clarity, first of all, on how these people are handled in the US, and second of all, to reassert the primacy and the importance of our civil justice system," Smith says of the proposed bill. "It is our contention that our civil justice system absolutely protects us from the threat in this case."
Read more »
Posted by Angelo Agathangelou at 12:15 am Links to this post