Rick Falkvinge talks about the election campaign for the German state Saarland - 2012 Elections Source
Posted by Angelo Agathangelou at 10:10 pm 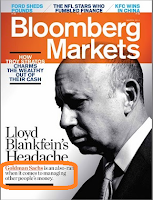 Does Goldman Sachs take advantage of its clients for the benefit of the firm? Well, there you have it! And executive director at Goldman Sachs has explicitly corroborated what I and many in the blogosphere have been crowing for some time now, and that is...


The whole video can be seen here on the Max Keiser show, starting from about 19:00 minutes in where I discuss risk vs reward in GS and how they outperform eventhough risk outweighs reward.
Read more »
Posted by Angelo Agathangelou at 9:55 pm

Why I left Google 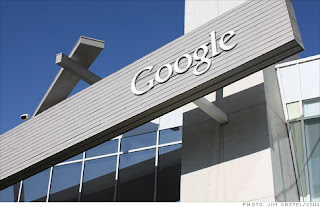 NEW YORK (CNNMoney) -- Angry rants about the demise of corporate culture aren't reserved only for ex-Goldman Sachs employees. Microsoft-turned-Google engineer James Whittaker -- now once again a Microsoft employee -- fired off a scathing blast Tuesday on a Microsoft blog about why he left Google.
"My last three months working for Google was a whirlwind of desperation," wrote Whittaker, who headed the engineering team for social network Google+. "The Google I was passionate about was a technology company that empowered its employees to innovate. The Google I left was an advertising company with a single corporate-mandated focus."
Whittaker, who joined Google in 2009 and left last month, described a corporate culture clearly divided into two eras: "Before Google+," and "After."
"After" is pretty terrible, in his view.
Read more »
Posted by Angelo Agathangelou at 9:54 pm

Alert from Bix Weir: Lock The Doors & Melt The Witch

Did you catch the OpEd in the New York Times this morning? If not here it is...

Why I Am Leaving Goldman Sachs
http://www.nytimes.com/2012/03/14/opinion/why-i-am-leaving-goldman-sachs.html
What most people are focusing on are these passages:
"I can honestly say that the environment now is as toxic and destructive as I have ever seen it."
"Execute on the firm's "axes," which is Goldman-speak for persuading your clients to invest in the stocks or other products that we are trying to get rid of because they are not seen as having a lot of potential profit."
"Over the last 12 months I have seen five different managing directors refer to their own clients as "muppets," sometimes over internal e-mail."
All of these are important revelations to hit the mainstream press but nothing that we didn't know.
What is VERY important about this article is the person who is quitting - Greg Smith.
"Greg Smith is resigning today as a Goldman Sachs executive director and head of the firm's United States equity derivatives business in Europe, the Middle East and Africa."
Holy Cow Batman! It's the HEAD of European Derivatives for one of the biggest CDS players in the world, Goldman Sachs! He's running for the hills just days before the settlement of the largest CDS payout in the history of the industry!


Television channels have turned into political parties, pushing the agenda for some outside forces, former Al Jazeera correspondent in Beirut, Ali Hashem, told RT. Hashem has come in spotlight after resigning from the television citing its bias.


In emails leaked by Syrian hackers, Ali Hashem vented his anger over Al Jazeera's one-sided coverage of Syria and its refusal to cover the events in Bahrain. In an exclusive interview with RT, the former Beirut correspondent Hashem refrained from discussing his resignation, but stressed that these days, independent media is a myth.
“There is no independent media anymore. It is whose agenda is paying the money for the media outlet,” he said.“Politicization of media means that media outlets are today like political parties. Everyone is adopting a point of view, fight for it and bring all the tools and all the means they have in order to make it reach the biggest amount of viewers.”
It is now the job of the viewer to compare the news from several different sources and then make his own conclusions, the journalist believes. “Today we are in the era of open source information and everyone can reach whatever information he wants.”

Read more »
Posted by Angelo Agathangelou at 8:29 am

Pentagon’s joy at getting tons of money for a bigger, badder bomb was, apparently, premature. Iran claims to have invented “super concrete” – of a type that will stop the Massive Ordnance Penetrator from penetrating… well, anything. 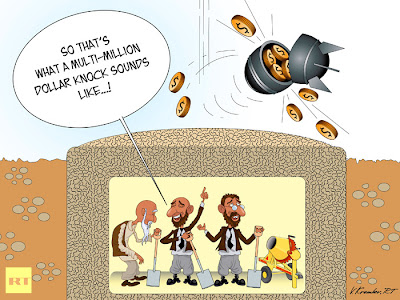 Iran is known for being one of the most earthquake-prone countries in the world. As a result, their scientists have gotten really good at creating ultra-high performance concrete, or UHPC, which is one of the toughest and most rigid building materials in the world. And like any dual-use technology, it can have military applications as well – something the Iranians are keen to utilize.What they’ve done is the exact opposite of that age-old adage: “if it ain’t broke, don’t fix it”.

Read more »
Posted by Angelo Agathangelou at 8:20 am

Informants are running to US regulators to report allegations of accounting fraud and market manipulation, lured by the possibility of multi-million dollar payouts under a Dodd-Frank program. That's according to a Financial Times story. We'll have to wait and see where that goes, but we'll talk to someone whose been blowing the lid off of banking and hedge fund corruption for years.

Read more »
Posted by Angelo Agathangelou at 1:11 am

Posted by Angelo Agathangelou at 12:53 am

How a video not featuring Justin Bieber went viral and how Max Keiser started a gold stampede. They also talk about "the white man's debt burden" of Uganda's resources and Afghanistan's "crony capitalism". In the second half of the show, Max talks to David Morgan about silver circles, ounces and manipulation. Source
Posted by Angelo Agathangelou at 12:00 am