Ron Paul: The Cold War Is Over, Let's Start Trading with Cuba

Posted by Angelo Agathangelou at 5:56 pm No comments: Links to this post

In the initial stages of nearly every recorded tyranny, the saucer eyed dumbstruck masses exhibit astonishing and masterful skill when denying reality.  The facts behind their dire circumstances and of their antagonistic government become a source of cynical psychological gameplay rather than a source of legitimate concern.  Their desperate need to maintain their normalcy bias creates a memory and observation vacuum in which all that runs counter to their false assumptions and preconceptions disappears forever.  It is as if they truly cannot see the color of the sky, or the boot on their face.  The concrete world of truth becomes a dream, an illusion that can be heeded or completely ignored depending on one’s mood.  For them, life is a constant struggle of dissociation, where the tangible is NOT welcome… 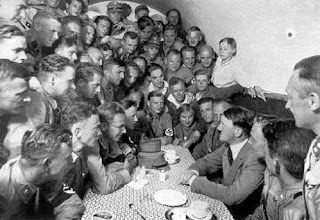 This is the problem that we in the Liberty Movement deal with most often in our writings and films.  Our confrontation with willful ignorance has been epic, even by far reaching historical standards.  The gains in social awareness have been substantial, and yet the obstacles are incredible.  Unprecedented.  As an activist trend, we have an almost obsessive drive to draw back the curtain so that the public has at least the opportunity to see what is on the other side.  Unfortunately, there is another danger that must be taken into account…

It is one thing to bear witness to the rejection of truth in our time and the oblivious attitudes of many towards the growth of totalitarianism.  Eventually, though, a second phase in the development of oligarchy arises.  I am speaking of the point at which tyranny becomes so blatant that the skeptics have to acknowledge its existence, but after doing so, they choose to rationalize it as necessary.
Read more »
Posted by Angelo Agathangelou at 3:17 pm Links to this post

Greece Set To Default On Foreign-Law Bonds On May 15

Back in January, when we wrote "Subordination 101: A Walk Thru For Sovereign Bond Markets In A Post-Greek Default World", we said that "because while the bulk of the bonds, or what is now becoming obvious is the junior class, can be impaired with impunity (pardon the pun), it is the UK-law, or the non-domestic indenture, bonds, which are the de facto fulcrum security. And since the notional outstanding here is tiny, it is quite easy to build up a blocking stake in the bonds and to obtain full control of the process, especially since the ECB appears to have been building up its own stake in local-law bonds....As anyone who has ever overseen or participated in a bankruptcy process, the biggest trump card one can attain is to build up a blocking stake in a fulcrum security (just ask Carl Icahn) . Because it does not matter who has a majority. What matters is who has 33% + 1 of the vote to block any consensual deal." In other words, from the very beginning the ball game was all about the non-Greek law bonds, whose indentures make it impossible for a non-make whole take out settlement.
Read more »
Posted by Angelo Agathangelou at 1:44 pm Links to this post

"Even Wile E. Coyote had to come back down to earth sooner or later", says Charles Biderman, founder of TrimTabs Investment Research. In his opinion, the prices of stocks and bonds - enabled by excessive financialization of our economy and central bank money printing - have been defying gravity for a dangerously long time.

Read more »
Posted by Angelo Agathangelou at 1:40 pm Links to this post

Cop’s 'ear' in your pocket: Cell phone tracking routine with US Police - State

Keys, driver's license, cell phone…off we go! While an officer can only get your personal details by prompting you to take out the ID, your phone could give you away at the police’s first request – a request neither you nor a court may ever learn of. 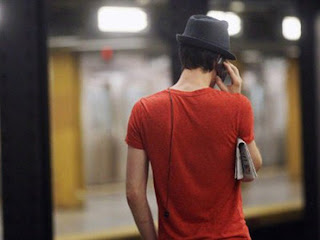 Cell phone tracking, previously associated with federal agents, now seems to have become routine for many police departments. A recent report by the American Civil Liberties Union (ACLU) shows that police have not only grown into the practice, but also drop the court warrant stage from the procedure.
Read more »
Posted by Angelo Agathangelou at 10:02 am Links to this post


Confirmed: Another CIA-run interrogation 'black site' has been exposed after the confessions of top-ranking Polish officials blew the lid on the dirtiest secret in Eastern Europe.

The former head of Poland’s intelligence service secret Zbigniew Siemiatkowski has been charged with taking part in establishing a secret prison for the CIA in a remote part of the country. Allegedly, foreign prisoners in the detention center were tortured in connection with America's global war of terror.

Read more »
Posted by Angelo Agathangelou at 9:44 am Links to this post

Most of the people of southern Europe have stayed surprisingly stoical up to now in the face of some of the most painful budget cuts in living memory, but signs are stirring that patience may soon run out. 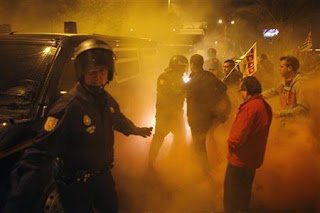 An unexpectedly broad general strike in Spain on Thursday and mounting opposition to Prime Minister Mario Monti in Italy are among indicators that resistance is growing in a region at the center of concerns about a resurgence of the euro zone debt crisis.


Portugal remains very subdued for the moment and even Greece, scene of repeated violent street protests, has quietened recently. But there are signals that political leaders will soon be directly in the firing line across Europe, especially if more cuts are required to reduce sovereign debt.


The atmosphere seems a combination of two opposite tendencies - acceptance of the message that deep cuts are the only way to save their countries from economic catastrophe, and a mounting feeling that greater pain cannot be borne by populations suffering deprivation and misery.

Read more »
Posted by Angelo Agathangelou at 9:31 am Links to this post

For most people in the world, spring is a favorite season. Nature begins to awaken after a deep winter sleep. The sun is shining and flowers are blooming. But the spring of 2011 for the Arab world was different. A series of protests and demonstrations swept the Middle East and North Africa and those events went down in history as the "Arab Spring". Time has passed, but that spring will stay in the hearts forever...
Posted by Angelo Agathangelou at 2:09 am Links to this post