"You Will Always Be A NIGGER!" - UK police under heavy pressure over their racism

The British police are witnessing their reputation taking a further beating after plunging into a racist crisis. Scotland Yard has revealed seven new complaints of racial abuse referred to the police watchdog. Now, the Metropolitan police is facing fresh questions over the conduct of its officers. Source
Posted by Angelo Agathangelou at 8:46 pm 1 comment: Links to this post

While the idea of a futuristic tale of the resurgence of Greece and how Germany shot itself in the foot could well be the work of the horror-writer, HSBC's Chief Economist Stephen King opines on what could well be with a moral for those who want Athens out of the Euro. "The idea that Greece can leave and that the rest of the eurozone will then live happily ever after – a view that is quickly becoming the conventional wisdom – is surely wrong. Departure might eventually be an answer to Greece's difficulties but it only asks questions of everybody else." And the fantastic journey King lays out is rooted in a sad reality that he sums up thusly: "Germany's gamble had failed. In the attempt to punish Greece, it had ended up with an impossible choice: creating a fiscal union or huge currency upheaval. Berlin had taken aim at Greece but shot itself in the foot."

HSBC: How the Greek tiger learnt to roar again...
...and Germany shot itself in the foot. A futuristic fable with a moral for those who want Athens out of the euro.
Read more »
Posted by Angelo Agathangelou at 5:16 pm Links to this post

Why are Politicians Silent about Fire Attacks Targeting Mosques?

In a recent incident, a mosque in Redditch, a small town in north-west England was attacked by arsonists. A study done by "European Muslim Research Centre at the University of Exeter" shows a rise in arson attacks, criminal damage, intimidation and violence against Muslim, most of which unreported. The study states that after 9/11 such violent attacks against Muslims in the US and UK have reached a "dangerously high level".

George: After their humiliating defeat in the by-election in Bradford West where yours truly was re-elected for the sixth time to the British parliament. What is the future for the UK coalition? Since then it has been all downhill for the UK coalition parties, the conservatives have introduced a new sweeping measure to increase the surveillance state in Britain. This is the country that goes to war with other countries to bring them liberty yet liberty is in increasingly short supply here in the UK.

Read more »
Posted by Angelo Agathangelou at 5:04 pm Links to this post

Is the Internet Becoming the Bot Net? (Humans mired in bullshit, robots taking over)

On the Internet, we’ve reached a tipping point where more than 50% of all Internet traffic is no longer generated by humans – instead, it's generated by a motley mix of search engine spiders, bots, scrapers, scammers, hackers and, yes, spies. We are no longer talking about the Internet, we are talking about the Bot Net – a “bot-mediated reality” where algorithms and bots influence where we go, how long we spend there and with whom we communicate. This has enormous consequences not just for our day-to-day Web experience (“Does the Internet feel a little bit slow today?”) but also for the way we manage our social identities online and the way that we respond to the development of an underground Bot Economy.

To a larger degree than we might realize, our social identities online are in the hands of algorithms and bots.
Read more »
Posted by Angelo Agathangelou at 11:48 am No comments: Links to this post

Thousands of Children in the UK are Not Getting Enough Food to Eat and Their Numbers are Increasing Rapidly! 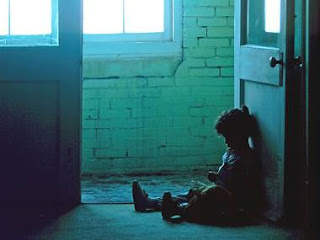 Chris is 10. He and his brother are so malnourished that their skins are pale and they have rings under their eyes. Their older brothers have such an unhealthy diet that they have lost their adult teeth. They live in the sixth-richest city in the world – London. The boys are just four among thousands of Britain's hungry children – victims of a "silent epidemic" of malnutrition in the capital and beyond.


Kids Company, which supports 17,000 children in London, has reported a dramatic increase in the number of children coming to its walk-in centres not in search of shelter or safety, but food. The situation is mirrored around the country. In Barnsley, child-support charities are working with parents who struggle to keep cupboards stocked with such staples as milk, bread and pasta. In Bristol, a youth project has gone from offering a place for teenagers to go for advice and support, to a place they go for a basic meal.

Cast your votes for the leaders, artists, innovators, icons and heroes you think are the most influential people in the world. Official voting ends on Friday, April 6, and the poll winner will be included in the TIME 100 issue. The complete TIME 100 list will be chosen by our editors and revealed on TIME.com on Tuesday, April 17. 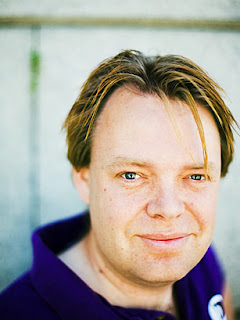 Age: 40
Occupation: Political evangelist
Falkvinge turned a fringe political group dubbed the Pirate Party into an international movement with a presence in more than 25 countries. Its focus on Internet privacy, government transparency and copyright law helped it sweep into Berlin's state parliament last September with a stunning 9% of the vote. The group has certainly tapped into the zeitgeist. As the recent demonstrations over the Stop Online Piracy Act in the U.S. illustrate, the Pirate philosophy is moving toward the mainstream. Source

Posted by Angelo Agathangelou at 6:58 am No comments: Links to this post

US President Barack Obama signed the J.O.B.S. act today, otherwise known as the jumpstart our business startups. Only this so called success rolls back securities laws for companies going public with up to a billion dollars in revenue and according to critics, what it really does is jumpstart frauds like wall street pump and dump schemes. Surprisingly, or maybe not so surprisingly, it has been touted as a bipartisan achievement. Is this simply just another commitment by the washington machine, politicians and subsidized corporations to get their "corporate welfare" fix? It's something that our guest, economic hitman John Perkins, has been writing about for a long time. His latest book "Hoodwinked," covers the power of corporations, and their ability to influence laws in such a way so that outcomes are delivered in their favor.

Read more »
Posted by Angelo Agathangelou at 1:00 am Links to this post