Iceland Forgives Mortgage Debt for the Population. Putting Bankers and Politicians on "Bench of Accused"

This is awesome. It shows when the people DO STAND UP they have more power and win against the corrupt bankers and politicians of a country. Iceland is forgiving and erasing the mortgage debt of the population. They are putting the bankers and politicians on the "Bench of the Accused." Which means I assume they are putting them on trial for corruption.
Now the rest of people of the world need to start doing the same thing. We all need to stand up and against all the corruption and fraud of the banks and politicians that are puppets of the banks and corporations.
Source
Posted by Angelo Agathangelou at 11:38 pm 1 comment:

Submitted by Tyler Durden:
The low interest rate 'logic' is not working and "the economy can't gain any zest, can't gain any vigor" is how Michael Steinhardt describes the crushing of 'widows and orphans' that the Fed has embarked upon. In a Bloomberg TV interview, the WisdomTree chairman notes the broad 'pall' over the equity markets (conjuring images of a funereal procession down Trinity Street) pointing out that there is no reason to be wildly bullish here. Citing Wall Street's lack of 'spirit', he questions the entire raison d'etre of efficient capital transfer as becoming secondary as he rather poignantly asks who has benefited from Fed's policies "Certainly the banks.
Read more »
Posted by Angelo Agathangelou at 11:21 pm No comments:

By Richard Cottrell – End the Lie
As if the current circumstances of austerity-riven Greece were not bad enough already, now it seems that they are set to have a dozen or so concentration camps dotted around the country.
In language that might have been lifted straight from the Nazi lexicon, these  establishments will be known as ‘closed-hospitality’ centers.
The incarcerates will be undocumented – meaning unwanted – refugees flooding  in from North Africa, particularly the once prosperous and richest country in  the Maghreb belt, namely Libya.
Most of the Mediterranean countries are in the thick of the refugee tide, but Greece is so far the only country that plans to compulsorily pen them up.
The first ‘reception center’ is scheduled to open at a former army base near  Athens in the next few weeks.
Why the sudden haste, you ask? The answer is simple. A general election is  scheduled for May 6th. 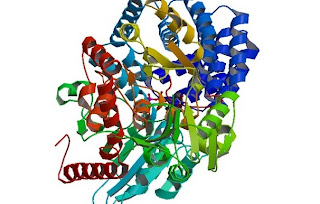 Modern science relies upon researchers sharing their work so that their peers can check and verify success or failure. But most scientists still don't share one crucial piece of information — the source codes of the computer programs driving much of today's scientific progress.
Such secrecy comes at a time when many researchers write their own source codes — human-readable instructions for how computer programs do their work — to run simulations and analyze experimental results. Now, a group of scientists is arguing for new standards that require newly published studies to make their source codes available. Otherwise, they say, the scientific method of peer review and reproducing experiments to verify results is basically broken.
"Far too many pieces of code critical to the reproduction, peer-review and extension of scientific results never see the light of day," said Andrew Morin, a postdoctoral fellow in the structural biology research and computing lab at Harvard University. "As computing becomes an ever larger and more important part of research in every field of science, access to the source codeused to generate scientific results is going to become more and more critical."
Missing source codes mean extra headache for scientists who want to closely follow up on new studies or check for errors. Such unavailability of source codes can also lead to more bad science slipping through the cracks — unreleased and irreproducible codes played a part in a Duke University case that led to study retractions, scientist resignations and canceled clinical drug trials for lung and breast cancer in 2010.
Read more »
Posted by Angelo Agathangelou at 8:12 pm No comments:

Audio reveals US police violent murder of yet another black man

A newly released tape recording has further implicated North Chicago city police in a cover-up in connection with the killing of an African-American back in November, Press TV reports. In the audio, the 45-year-old Darrin Hanna is heard begging for his life during a brutal beat-down by the police. "Put me down! Put me down! Please! I'm about to die! I was down. I was down...They killing me," he said. Hanna died just days after the altercation. Source
Posted by Angelo Agathangelou at 7:18 pm No comments:

By Mike "Mish" Shedlock
Things are going so "well" in Spain that the Government banned cash payments in excess of 2,500 euros
Via Google Translate from Libre Mercado ...
The Prime Minister, Mariano Rajoy, has announced on Wednesday that the plan to combat tax evasion on Friday approved the Cabinet prohibit the payment in cash transactions of over € 2,500 and n which at least involved a businessman professional.

During the control session the Government in the House of the Congress of Deputies and in response to a question about the tax amnesty made by the general coordinator of IU, Cayo Lara, the Prime Minister has revealed that those who violate the ban will face fines of 25% of the payment made in cash.

This measure aims to prevent the use of black money in commercial transactions and, in the case of companies, give them an obstacle to not resort to false invoices. The plan to combat fraud adopted on Friday, the Cabinet intends to raise up to 8.171 million euros in 2012.
I calmly predict that black market transactions in Spain will soar as soon as Spain is stupid enough to hike the VAT.
Read more »
Posted by Angelo Agathangelou at 3:20 pm No comments:

By Jan Skoyles
Vietnam is frequently cited as an example of somewhere which acknowledges gold’s role as money; it is a medium of exchange and is used as such every day. Houses come with two prices in Vietnam; the price in dong and the price in gold – gold is most often the favoured form of payment (Thiers’ law in effect).

Up until last week, three forms of money circulated in Vietnam: the dong, the US dollar and gold. However, in an attempt to ‘stabilize’ the economy, the government and the central bank have announced a decree which will continue their mission to restrict the gold market by banning its use as a medium of exchange and issuing 7 ‘solutions’ in regard to bullion related activities.
The idea behind the 7 solutions, or measures, is for the government and central bank to gain more control over the gold market and reduce ‘goldization’, the practice of replacing the dong with gold in transactions. The 7 measures (outlined below) aim to reduce the impact of gold on monetary policies, prevent market speculation and to (apparently) protect the rights of the institutions and individuals involved in the gold market.
Read more »
Posted by Angelo Agathangelou at 1:43 pm No comments:


Julian Assange. The World Tomorrow. Arguably the most anticipated news show of 2012 premieres next week on RT.

Posted by Angelo Agathangelou at 11:45 am No comments:

German poet and Nobel laureate Gunter Grass, who last week was banned from entering Israel after writing a poem critical of the Israeli government, has publicly compared Israeli policies to those of the Stasi. 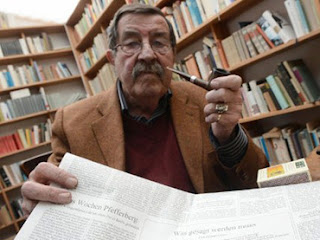 "Now the interior minister of a democracy, the state of Israel, has punished me with a travel ban and the tone of his justification reminds me of the verdict of Minister Mielke," Grass wrote in a piece that appeared on the Süddeutsche Zeitung's website on Wednesday. Erich Mielke was the head of East Germany's secret police from 1957 until the fall of the Berlin Wall in 1989.
"The GDR does not exist anymore," Grass wrote, "But as a nuclear power of unchecked extent, the Israeli government is arbitrary and until now no warning is available."
Read more »
Posted by Angelo Agathangelou at 7:28 am No comments:

Meat (sic) The Other Slimes

The massive grass roots campaign over the topic of "pink slime" which seemingly came out of nowhere, and led to the bankruptcy of the company producing the substance, shows just why product branding can be such a profitable industry. Had the company taken a hint from the Goldman playbook and dubbed the peculiar substance an "Asymmetric Meat Initiative" all would have been forgotten in days, if not hours. Unfortunately, the mechanical process of "lean finely textured beef", aka pink slime, is just the beginning. As ProPublica shows, after pink slime, there comes Mechanically Separated Meat, aka "White Slime", and then Advanced Meat Recovery. And if recent history is a guide, any entities that have an equity stake in these last two processes should be afraid, very afraid, because the fate that befell the first, is about to visit the other two, in the process making such other 'delicacies" as bologna, hot dogs, taco filling, and meatballs surge in price once the traditional cheap "filler" substance is taken away by the same people who consume said meat byproducts in droves, in the process likely ending the concept of the dollar menu for good as restaurants have no choice but to resort to quality food. Ironically, will fat America itself, terrified by concepts such a colored slime, be responsible for its own weening from some of the worst products on earth, and in the process raise the price of food, and force itself to eat less?
Read more »
Posted by Angelo Agathangelou at 6:58 am No comments:

Back to the Future: The Central Banker's Destruction of Time and Space!!

Vice Chairman of the Federal Reserve, Janet Yellen suggested keeping interest rates close to zero until as late as 2015, but what are the costs? Our guest, economist Mike Norman, suggests that when the fed buys bonds and engages in quantitate easing (above and beyond just rate targeting), it is simply chaining the composition of private balance sheets. He says that a dollar is effectively the same as a bond, except that the later comes with duration and yield. This may be true, if you accept that, in practice, the Federal Reserve is not independent of the Federal Government. However, that duration and yield is important, because it connotes an emphasis on time and space.
Read more »
Posted by Angelo Agathangelou at 6:09 am No comments: