Britain's spy services have come under renewed pressure. Newly found secret documents suggest that M-I-5 and M-I-6 officers were cooperating with former Libyan dictator Muammar Gaddafi's regimen and that Jack Straw was complicit in the kidnaping of Libyans. Source
Posted by Angelo Agathangelou at 11:50 pm No comments: Links to this post

U.S.-backed Internet restrictions could be destroyed in France 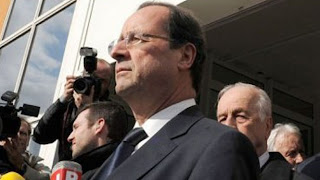 François Hollande, the French socialist candidate expected to best President Nicholas Sarkozy following the national runoff election held Sunday, told national media recently that he would replace the country’s harsh Internet restrictions with a wholly different scheme that strengthens the relationship between artists and their fans.
The French Internet law, strongly supported by Sarkozy, bans users from going online for one year after three individual violations of copyright law. U.S. industry played a key role in lobbying for the “Creation and Internet law,” whereas French socialists played a key role in opposing it.
The law created an Internet regulator called the “High Authority of Diffusion of the Art Works and Protection of the Rights on the Internet” (HADOPI), with the aim of detecting up to 150,000 incidents of copyright infringement per day and intercepting individual users with messages about the consequences of piracy, up to and including a year of disconnection for a third offense.
And that’s precisely what Hollande said he wants to end.
Read more »
Posted by Angelo Agathangelou at 8:59 pm No comments: Links to this post

Russia Will Not Reopen: "The Situation Has Been Recognized As An Emergency"

Submitted by Tyler Durden:
One temporary halt and three delay attempts later, and we get.... this.

Yes, this is the Russian stock market. Source

Posted by Angelo Agathangelou at 5:57 pm No comments: Links to this post

The Exter Inverted Pyramid and The Bearded Crank

Submitted by Tyler Durden: This morning, a vastly expansive essay by Lew Spellman of the University of Texas in Austin titled "Warren Buffett and the New Calculus of Gold" is making the rounds, and while the narrative is largely defensive of gold, and its role as the only true safe collateral in a world rapidly depleted of the latter (as we have been arguing for the past 2 years) as proven over and over by the fact that the entire modern system now relies more on re-re-re-rehypothection of existing collateral than on spending money for CapEx purposes and to replace an aging asset base, we wonder: is this realization really just now being grasped by the world? Are the forward thinkers of the world only now understanding that in a world with hundreds of trillions of imaginary collateral whose ultimate owner will never be tracked down, and a daisy-chained bankrupt domino collapse will come before anyone finds out who owns what (much in the same was as MF Global is a symptom of the entire modern financial system), only that which is tangible, undilutible and real will have value? 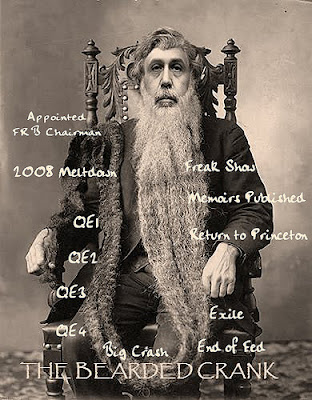 Finally, is the avant-garde of Keynesian thought only now (re)discovering the Exter inverted pyramid? Because one can spend 30 minutes reading the Spellman essay, or... cast a quick glance at the picture above (click on graphic to enlarge) to understand the true value of everything in a world in which the monetary fabulation of the past 99 years is finally unwinding.

One picture in this case is absolutely worth well over a thousand words.


Heres another thousand for you, 'The Bearded Crank.'

Read more »
Posted by Angelo Agathangelou at 3:28 pm No comments: Links to this post

What goals has the BDS movement achieved so far? Does it aim for a constructive solution to the conflict? How should Israel react to it? Norman Finkelstein and Noam Chomsky agree that the goal of the movement is to destroy Israel - how valid is this judgment? Can the movement reinvent itself and win support from those who criticize it today? CrossTalking with Gilad Atzmon, Eric Walberg and Omar Baddar. Source
Posted by Angelo Agathangelou at 2:28 pm No comments: Links to this post

Productivity, The Miracle of Compound Interest and Poverty 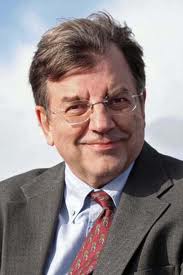 By Michael Hudson
This is a re-working of my second talk at the Rimini MMT conference, as heard on Guns and Butter.
Suppose you were alive back in 1945 and were told about all the new technology that would be invented between then and now: the computers and internet, mobile phones and other consumer electronics, faster and cheaper air travel, super trains and even outer space exploration, higher gas mileage on the ground, plastics, medical breakthroughs and science in general. You would have imagined what nearly all futurists expected: that we would be living in a life of leisure society by this time. Rising productivity would raise wages and living standards, enabling people to work shorter hours under more relaxed and less pressured workplace conditions.
Why hasn’t this occurred in recent years? In light of the enormous productivity gains since the end of World War II – and especially since 1980 – why isn’t everyone rich and enjoying the leisure economy that was promised? If the 99% is not getting the fruits of higher productivity, who is? Where has it gone?
Under Stalinism the surplus went to the state, which used it to increase tangible capital investment – in factories, power production, transportation and other basic industry and infrastructure. But where is it going under today’s finance capitalism? Much of it has gone into industry, construction and infrastructure, as it would in any kind of political economy. And much also is consumed in military overhead, in luxury production for the wealthy, and invested abroad. But most of the gains have gone to the financial sector – higher loans for real estate, and purchases of stocks and bonds.

Versus War on Drugs Debate

Posted by Angelo Agathangelou at 9:51 am No comments: Links to this post

Medical Tyranny and Murder In The Matrix

Mike Adams talks with Jon Rappoport, who has written about the globalist cartel, medical fraud, deep politics, and health issues. He is the author of several books, including: Oklahoma City Bombing: The Suppressed Truth, The Ownership of All Life : Notes on Scandals, Conspiracies and Coverups, and The Secret Behind Secret Societies : Liberation of the Planet in the 21st Century. Rappoport is presently vice-president of the publishing house Truth Seeker Company, Inc. Source
Posted by Angelo Agathangelou at 9:22 am No comments: Links to this post 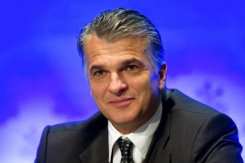 Switzerland's financial industry could lose 20,000 jobs in the coming years due to the "economic war" being waged by the EU and US against its top banks, the head of UBS warned in an interview Sunday.
"Switzerland has been attacked since 2008," Sergio Ermotti, the head of Switzerland's leading bank, told the SonntagsZeitung.
This was partly because it offered more favourable tax rates than its international competitors, he added.
"We are in the middle of an economic war," he said.
"The idea is to weaken the two great Swiss banks, which have seen international success," he argued, referring to UBS and Credit Suisse.
His comments came after French prosecutors on April 12 opened a probe into whether the bank had helped its French clients avoid taxes. UBS has said it is fully cooperating with French authorities in the inquiry.
In the United States, 11 Swiss banks are being investigated on suspicion that they encouraged their clients to channel undeclared assets into Swiss accounts.

Read more »
Posted by Angelo Agathangelou at 6:23 am Links to this post

US skies to be full of drones


The American skies will soon be full of drones after it was disclosed that domestic law enforcement agencies – from the FBI to local police – have been granted permission to deploy the unmanned aircraft.

Documents obtained under Freedom of Information laws show that show that more than 50 non-military organisations have asked to fly drone aircraft, many of which can carry cameras and surveillance equipment for spying within the US.
The figures from the Electronic Frontier Foundation, a civil liberties group pledged to defending Americans from digital snooping by government, showed that major agencies like the FBI, Department of Homeland Security and the Department of Justice had been cleared to launch drones.
Read more »
Posted by Angelo Agathangelou at 1:25 am No comments: Links to this post