In the summer of 1974, while the U.S. passively stood by, Turkey launched a brutal invation of the Republic of Cyprus, using U.S.-supplied arms and equipment to grab nearly 40% of Cyprus' sovereign territory and force 170,000 Greek-Cypriots from their homes and property.

Cyprus remains divided to this day. The Turkish army occupies the northern third of the island in violation of international law, and Turkey has illegally settled that land with more than 180,000 Turks from Anatolia. Successive U.S. administrations have acknowledged these actions to be illegal but the U.S. has yet to rectify the situation.

New video presentation: "US HOUSING: Shifting Perceptions & Demographics" with Gordon T. Long/Macro Analytics - lots of interesting charts.
The essence of debt serfdom is debt rises to compensate for stagnant wages. Charles Hugh Smith: I often speak of debt serfdom; here it is, captured in a single chart. The basic dynamics are all here, if you read between the lines:

Read more »
Posted by Angelo Agathangelou at 10:21 pm No comments: Links to this post 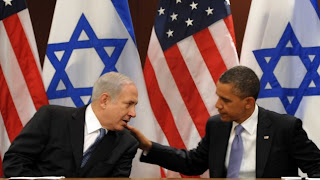 Israel’s Prime Minister Benjamin Netanyahu is calling early elections so that he and his government will be free to deal with Iran’s nuclear program this September-October, one of Israel’s best-informed political commentators said on Friday night.
Netanyahu has shocked the nation in the past few days by indicating that he will be calling elections a year ahead of their scheduled date in October 2013, leaving analysts baffled as to his reasoning. Speculation has focused on differences among the various coalition parties over legislation on national service for ultra-Orthodox Israelis, and over elements of the national budget.

Netanyahu is set on Sunday to announce that he is dissolving parliament and calling elections for September 4 — a year ahead of schedule. In the weeks immediately after that vote, said well-connected commentator Amnon Abramovich on the top-rated Channel 2 news, Netanyahu will head a transition government at home and have no need to worry about voter sentiment, and he knows that President Barack Obama will be paralyzed by the US presidential campaign.

Everything You Know About Monetary Policy Is Wrong... And Why This Is Very Bad News For Europe

Submitted by Tyler Durden:
"In a financed financial system, collateral is money"
For over a year we have been cautioning that even more than a "liquidity versus solvency" debate, the biggest unspoken factor (though slowly gaining prominence) not only for Europe, although manifesting itself there most prominently, but all across the developed world is the quality of the (deteriorating) asset base, thanks mostly due to the Fed's influence overcorporate cash misallocation, and courtesy of the fact that the bulk of credit money creation in the past decade has come via the shadow banking system, broad asset collateral. 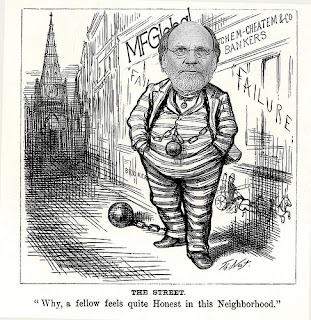 Last year MF Global taught us that it is this shadow collateral which exists merely in ledger entries between fractional reserve entities (mostly broker dealers and hedge funds), that is now extremely scarce and has to be pledged and repledged in daisy chains of ultra rehypothecation, and which just like robosigning exists until it is actually called for delivery, when the entire collateral<->money linkage falls apart. It is this intersection of traditional monetary liabilities and new shadow aggregates that is completely undiscussed by conventional economic literature, and is why traditional monetary theory is completely helpless in coming up with credible and effective means of returning the world to a growth state. In other words, the Krugmans of the world are absolutely unable to explain how shadow banking should be accounted for when explaining something as simple as the leverage collapse, first in Europe, and then in the US

Gold Standard for All, From Nuts to Paul Krugman

Nut cases. That’s what they are. And if you take an interest in them, you are a nut case, too.


That’s the consensus among credentialed economists who describe advocates of a return to the monetary regime known as the gold standard. In fact, the economic pack will marginalize you as a weirdo faster than you can say “Jacques Rueff,” if you even raise the topic of monetary policy in relation to gold. 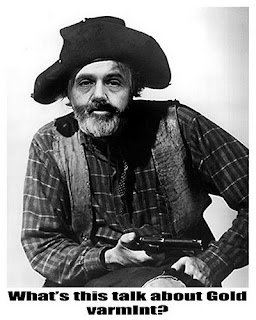 An example of such marginalizing appears in a recent issue of the Atlantic magazine. Author Adam Ozimek lists four rules upon which economists overwhelmingly agree. Right away, that puts readers on guard; they don’t want to be the only one to disagree with eminences.
The first rule Ozimek offers is that free trade benefits economies. So obvious. That makes the penalty for disagreement higher. Then you read down to the final principle: “The gold standard is a terrible idea.” By putting the proposition in such strong terms, the author raises the penalty for disagreeing. If you don’t subscribe to this view, you risk both being classed as the kind of genuine nut case who believes in protectionism, and enduring the disdain of other economists -- “all economists,” as the Atlantic headline writer summarized it.
Read more »
Posted by Angelo Agathangelou at 4:49 pm No comments: Links to this post

"Volatility On Demand": Catching A 54 Second Grand Rehearsal For A Market Crash In The Act

Submitted by Tyler Durden:
After uncovering all the dirty HFT-related details surrounding the SEC-complicit misdirection of the May 6, 2010 flash crash, which scapegoated a plain vanilla mutual fund with a report that has been now proven to be fatally flawed, and likely fabricated on purpose, the market forensics at Nanex have now uncovered something even more disturbing. As a reminder, some time ago, Nanex discovered that there is a direct and simple way for HFT-based operators to createlatency on demand: the very same phenomenon that facilitated the flash crash once it had started, and prevented normal price discovery. Now it is time to add Volatility on demand: a precondition that may well be critical to setting up the next May 6-like market wide flash crash. Because according to the following analysis, yesterday at market close Nanex may have observed a grand dress rehearsal for the next programmed market wide crash.
To wit: "Either someone likes buying high and selling low, or they have figured out how to significantly increase the volatility in a stock." For those who still trade stocks and want this translated into English, here it is: "On May 2, 2012 beginning right at market close (16:00 Eastern) and continuing for about 54 seconds, an HFT algo ran that significantly increased volatility and impacted at least 34 stocks. We think this was either a test of an algorithm someone is getting ready to deploy during market hours, or that this algo already runs during market hours, but is much harder to detect amidst the huge volume of market data noise."
Did Nanex just catch a 54 second-long dress rehearsal prepping for the next produced market crash? Read and decide.
Read more »
Posted by Angelo Agathangelou at 10:38 am No comments: Links to this post

'US to continue surrounding Russia & China claiming it's for Iran'

The US isn't ruling out giving Moscow legal-binding guarantees that its missile defence shield won't be directed against Russia, but says a cooperation agreement should be signed first. RT talks to Bruce Gagnon from the 'Global Network Against Weapons and Nuclear Power in Space' think tank in the U.S. Source
Posted by Angelo Agathangelou at 8:18 am No comments: Links to this post

Submitted by Tyler Durden:
Munch's "The Scream" may be all the rage today, but to Jim Grant, in his latest interview on Bloomberg TV, the record price paid for the painting is not so much a manifestation of modern art as one of modern currency: "This is the flight into things from paper" . Thus begins the latest polemic by the Grant's Interest Rate Observer author whose topic is as so often happens, the Federal Reserve (for his latest definitive expostulation on why the Fed should be disbanded and why a gold standard should return, delivered from the heart of Liberty 33 itself, read here). The world in which we invest is a world of immense wall to wall manipulations by our friends in Washington. And people get off on Goldman Sachs because it has done this and this, it is pulling wires... The Federal Reserve is the giant squid of squids, it is the vampire squid of vampire squids."

Crooks and Criminals in High Places with Gerald Celente (1-3)

On the Thursday, May 3 edition of the Alex Jones Show, runs down a leaked U.S. Army document that spells out a plan for re-education camps in America. Alex also talks with trend forecaster Gerald Celente. He is the publisher of the Trends Journal and has predicted a number events that have come to pass, including the Crash of 2009, and warns of social and economic disruptions to come, especially in America.

Read more »
Posted by Angelo Agathangelou at 1:23 am No comments: Links to this post

A leaked U.S. Army document prepared for the Department of Defense contains shocking plans for "political activists" to be pacified by "PSYOP officers" into developing an "appreciation of U.S. policies" while detained in prison camps inside the United States.

With the second and final round of French elections scheduled for this weekend, along with ones for the politically unstable Hellenic Republic, all eyes return to the eurozone. Will policy makers and technocrats survive yet another round of elections, or will the people reject the medicine of brussels and go their own way? We ask economist Constantin Gurdgiev for his take.

Read more »
Posted by Angelo Agathangelou at 12:59 am No comments: Links to this post

Posted by Angelo Agathangelou at 12:55 am No comments: Links to this post