When the founder of the world's largest currency hedge fund FX Concepts says that Greece will be out of money by June and out of the Euro soon after, people should listen. While we disagree with the premise that Greece's exit will not be chaotic, his general thoughts on the situation in Europe, espoused in this Bloomberg TV interview, are summed up by his reply when asked if Europe is a sell "I do. I also feel passionately that the euro is effectively a break up." Taylor also points out that the stability of a post-Greece Euro landscape is really up to the ECB noting that "I think the ECB should let the Euro go down. To hell with Germany." Covering whether the Euro will crater, the contagion effects, and how the rest of Europe will behave, the non-Duran-Duran Taylor who readily admits his mistakes on misjudging the Fed's excess, sees the timeline for exit as soon after the next round of elections in Greece this summer.
Read more »
Posted by Angelo Agathangelou at 11:00 pm No comments: Links to this post

There Will Be an Attempt to Install a Dictatorship - Nigel Farage 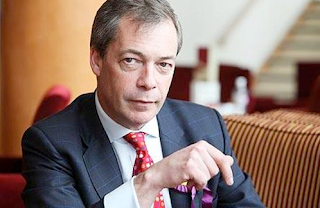 “Frankly, the whole thing is falling apart.  And in the middle of all of this, Mrs Merkel came out and said, ‘The fiscal treaty cannot be renegotiated, and it must hold.’  So, I suppose, for once, we’ve got the Germans providing the humor, because this thing isn’t going to hold.”
(We risk) bond spreads heading to completely crazy levels.  And French and German bank shares could be in very real trouble.  I am back in Brussels today, and yeah, you can really see the fear in their (politicians) faces.  They know that this thing (the EU) has become an absolute monster. Full Story/Source/KWN

Posted by Angelo Agathangelou at 9:17 pm No comments: Links to this post

Victor Huerta interviews Hugo Salinas Price, president and founder of the Mexican Civic Association Pro-Silver. They discuss a variety of topics currently in the social and economic environment:
* Who will win what we call "The Battle of The Ages", between fiat currencies and Gold & Silver

The Linda Evangelista of the natural gas market and the fast and furious bubbles popping like Lawrence Welk on frack. In the second half of the show Max talks to award-winning journalist and author, Leah McGrath Goodman, about why the price of gasoline is so high and what next for the oil market. Source
Posted by Angelo Agathangelou at 5:33 pm No comments: Links to this post

In the fourth episode of The World Tomorrow Julian Assange speaks with two leading Arab revolutionaries in the middle of conflict, Alaa Abd El-Fattah from Egypt and Nabeel Rajab from Bahrain.

Read more »
Posted by Angelo Agathangelou at 4:55 pm No comments: Links to this post

Subcommittee to consider bills to end or amend the Fed

A House subcommittee is scheduled to hold a hearing on proposals to reform or end the Federal Reserve System, Texas Republican Rep. Ron Paul announced last Friday.
The Domestic Monetary Policy and Technology Subcommittee will hear testimony from economists and lawmakers Tuesday morning on Capitol Hill.
“More and more people are beginning to understand just how destructive the Federal Reserve’s monetary policy has been,” Paul, who chairs the subcommittee, said in a press release. “The Fed continues to reward Wall Street banks while destroying the dollar’s purchasing power and driving up the cost of living for average Americans. This reckless behavior must come to an end.”
The subcommittee will consider several bills, including Paul’s Federal Reserve Board Abolition Act and measures introduced by Rep. Barney Frank, a Massachusetts Democrat and the outgoing ranking member of the House Financial Services Committee.
Read more »
Posted by Angelo Agathangelou at 4:50 pm No comments: Links to this post

Economic Alert: If You’re Not Worried Yet…You Should Be

Brandon Smith: For the past four years I have been covering the progression of the global economic crisis with an emphasis on the debilitating effects it has had on the American financial system.  Only once before have I ever issued an economic alert, and this was at the onset of the very first credit downgrade in U.S. history by S&P.  I do not take the word “alert” lightly.  Since 2008 we have seen a cycle of events that have severely weakened our country’s foundation, but each event has then been followed by a lull, sometimes 4 to 6 months at a stretch, which seems to disarm the public, drawing them back into apathy and complacency.  The calm moments before each passing storm give Americans a false sense of hope that our capsized fiscal vessel will somehow right itself if we just hold on a little longer...
I don’t have to tell most people within the Liberty Movement that this is not going to happen.  Unfortunately, there are many out there who do not share our awareness of the situation.   Debt implosions and currency devaluation NEVER simply “fade away”; they are always followed by extreme social and political strife that tends to sully the doorsteps of almost every individual and family.  The notion that we can coast through such a tempest unscathed is an insane idea, filled with a dangerous potential for sour regrets.
There are some people who also believe that the private Federal Reserve with the Treasury in tow has the ability to prolong the worst symptoms of the collapse indefinitely, or at least, until they have long since kicked the bucket and don’t have to worry about it anymore (the ‘pay-it forward to our grandkids’ crowd) .  I can say with 100% certainty that most of us will live to see the climax of the breakdown, and that this breakdown is about to enter a more precarious state before the end of this year.  You can only stretch a sun-boiled rubber band so far before it snaps completely, and America’s financial elasticity has long been melted away.
A pummeling hailstorm of news items and international developments have made the first half of 2012 almost impossible to track and analyze.  The frequency at which negative information has surfaced is almost dizzying.  However, a pattern and a recognizable motion are beginning to take shape, and, I believe, a loose timeline is beginning to form.
Read more »
Posted by Angelo Agathangelou at 2:16 pm Links to this post

Is the EU the new Greek Parthenon, ready to crumble and fall? 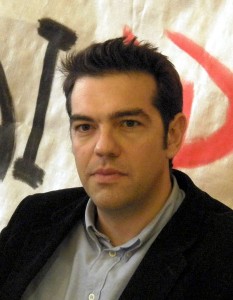 By Richard Cottrell: The photogenic young engineer who just led his party to second place in the Greek general election is like an Olympic marathon runner.

Not entirely to Greeks it is true, but certainly to the rest of the world the brash young tousle-haired figure of Alexis Tsipras seemingly emerged from nowhere to crush the giants that have misruled Greece since WWI.
That’s not a slip of the keyboard. Just three family clans, Papandreou, Karamanlis and Venizelos, have been playing musical chairs with the seat of power for almost a century.
Now, thanks entirely to the artificially fabricated austerity crisis forced on Greece by the evil grasping triumvirate composed of the EU, the IMF and the European Central Bank, the ancient regime is, in all probability, busted forever.
Sunday’s general election failed to produce the winner that the EU-backed Greek quisling techno-premier Lukas Papademos hoped and prayed would nod through the next installment of the rape and pillage of the Greek economy.
He didn’t expect, however, the sunrise of the new Adonis in the surprising form of 32-year-old Alexis Tsipras.


Stratfor analyst Kristen Cooper examines the results of the French, Greek and German elections and discusses the growing popularity of previously marginalized political parties. Source
Posted by Angelo Agathangelou at 10:41 am No comments: Links to this post 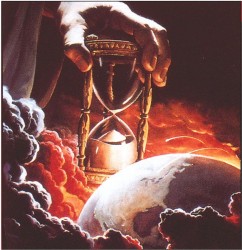 The results of the elections in France and Greece have made it abundantly clear that there is a tremendous backlash against the austerity approach that Germany has been pushing.  All over Europe, prominent politicians and incumbent political parties are being voted out.  In fact, Nicolas Sarkozy has become the 11th leader of a European nation to be defeated in an election since 2008.  We have seen governments fall in the Netherlands, the UK, Spain, Ireland, Italy, Portugal and Greece.  Whenever they get a chance, the citizens of Europe are using the ballot box to send a message that they do not like what is going on.  It turns out that austerity is extremely unpopular.  But if newly elected politicians all over Europe begin rejecting austerity, this puts Germany in a very difficult position.  Should Germany be expected to indefinitely bail out all of the members of the eurozone that choose to live way beyond their means?  If Germany pulled out of the euro tomorrow, the euro would absolutely collapse, bond yields for the rest of the eurozone would skyrocket to unprecedented heights, and without German bailout money troubled nations such as Greece would be headed directly for default.  The rest of the eurozone is absolutely and completely dependent on Germany at this point.  But as we have seen, much of the rest of the eurozone is sick and tired of taking orders from Germany and is rejecting austerity.  A lot of politicians in Europe apparently believe that they should be able to run up gigantic amounts of debt indefinitely and that the Germans should be expected to always be there to bail them out whenever they need it.  Will the Germans be willing to tolerate such a situation, or will they simply pick up their ball and go home at some point?
Read more »
Posted by Angelo Agathangelou at 8:15 am No comments: Links to this post

Additional Submitted by Tyler Durden: Greek Left Coalition Leaders Says Bailout Accord "Null And Void", Demands Greek Debt Moratorium
Hardly a surprise to anyone, but here it is black on white - Greece officially makes the odds for a Euro departure well over 50%:
And here it comes
Read more »
Posted by Angelo Agathangelou at 4:55 am No comments: Links to this post

Alex talks with Dr. Katherine Albrecht, an expert in the area of privacy and technology. She is the founder of Consumers Against Supermarket Privacy Invasion and Numbering and hosts "The Dr. Katherine Albrecht show" on the GCN Radio network. Source
Posted by Angelo Agathangelou at 1:17 am No comments: Links to this post