Over the last few months, Techdirt has been reporting on the amazing rise of the German Pirate Party, with win after win after win. Politicians in the other parties have looked on aghast, powerless to halt the rise of something they clearly can't fathom. Inevitably, the fightback has finally begun, but packaged as an artists' revolt, not simply that of the copyright industries worried about their profit margins.

Perhaps the most dramatic manifestation of that was a major section in the Handlesblatt newspaper (German original) a few weeks ago. It was entitled "A hundred creatives provoke the Pirates", and included 160 statements on the subject of "My head belongs to me." That paints this as huge numbers of artists having their ideas taken away by the Pirates, but the reality was a little different.
Of those 160 statements, only 30 came from artists; the rest were from politicians, media companies, lawyers, academics and business groups (German original.) Unsurprisingly, most of those 130 statements were attempts to defend their own positions as gatekeepers of culture – often well-paid ones.
The artists' comments were little better. Here's a small selection:

The Pirate Party would never think to demand in the name of freedom that German bakers should in the future give away their bread, and have their baking sponsored by the state. (Gisa Klönne.) Retort: This is rather "ass about tit" as Keen would say. In nature monkey see monkey do, our reality, monkey see monkey do monkey go to jail, because in fact the bread that was free is now restricted for the benefit of bakers.

Free content is intellectual theft. (Thomas Weymar) Retort: Who cares? This perspective is only true for intellectual fascists.

The Pirate Credo, that ideas can't belong to only one person, is good news for people who don't have any ideas of their own. (Frauke Scheunemann.) Retort: I challenge Frauke to come up with an original idea.

Read more »
Posted by Angelo Agathangelou at 10:26 pm No comments: Links to this post

Manuel Ramos, a police officer from Fullerton, California, has been charged with second degree murder for beating a homeless person to death last year. His co-worker, Officer Jay Cicinelli, faces charges of involuntary manslaughter and excessive use of force. This video from a surveillance camera shows Kelly Thomas, the victim, pleading for his life while the officers beat him on the street.

Submitted by Charles Hugh Smith from Of Two Minds
The conventional pathways in the job market aren’t working any longer; the alternative is to exit the no-win scenario.
The Kobayashi Maru test of Star Trek fame is a classic no-win situation. Star Fleet Academy students are given command in a no-win scenario: either ignore a distress call of a Federation ship inside the Klingon (enemy) zone or enter the zone on a doomed rescue mission and lose your own ship in a hopeless battle against vastly superior forces.

Captain Kirk evaded the no-win choices by reprogramming the computers to enable him to win. I think the job market can be profitably viewed as a Kobayashi Maru test: the conventional either/or choice--do something you dislike for job security or go to grad/law school for an advanced degree--is a false choice.
Let's start with some sobering facts. Although what classifies as "essential" is open to interpretation, the secure jobs will likely be the essential ones that maintain the core infrastructures of everyday modern life: water, sewage and electrical systems, the energy complex, public safety and health, agriculture, railways, network security, etc.
How many jobs are essential is anyone's guess, but it is certainly less than 100% of the 140 million jobs that currently comprise the job market. My own guess is 20%, based on the Pareto Distribution (the 80/20 rule). Even if we stipulate 50%, that still leaves a lot of surplus jobs.
Read more »
Posted by Angelo Agathangelou at 5:06 pm No comments: Links to this post

On the streets of London there was another mighty demonstration of workers whose pensions have been stolen by the UK government to pay for war and destruction in other people's countries. Trade unions in Britain have said over 400,000 people took part in the 24-hour UK-wide strike on Thursday 10 May. Furthermore, London's Metropolitan Police said around 32,000 off-duty police officers joined the striking public servants marching through London.
Read more »
Posted by Angelo Agathangelou at 4:59 pm No comments: Links to this post

85 shots: US cops use more ammo per man than Germans per year

Eighty-five shots: That’s the total number of bullets German police used in all of 2011, Der Spiegel reports. But what does it say when US cops use as much ammo to bring down one man as German cops need to keep the peace nationwide? 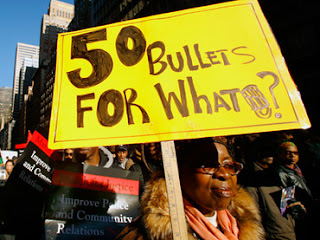 The rate at which German police discharged their firearms is further underscored by how rarely they shot with fatal intent.  Of the 85 bullets used in 2011, 49 were warnings shots, 36 were aimed at criminal suspects, 15 people were injured, and 6 were killed, the German daily continues.
The statistics prove "our police officers are not thugs in uniform,”Christian Democratic insider Lorenz Caffier said.
Read more »
Posted by Angelo Agathangelou at 12:00 pm No comments: Links to this post


The Church of Kopimism, which holds the act of copying and sharing information is sacred, has performed its first-ever wedding ceremony. Church leaders advised the newlywed “noble peers” to share some DNA.


The wedding took place in late April at the Share conference in Belgrade. An Italian man and Romanian woman vowed on stage to “share love, knowledge and feelings” with each other “as long as information exists.”
The holy ceremony was conducted by a man wearing a Guy Fawkes mask whose voice was distorted by a voice modulator.
The Church said it was delighted by the news and commented on TorrentFreak: “We are very happy today. Love is all about sharing. A married couple share everything with each other.”
“Hopefully, they will copy and remix some DNA-cells and create a new human being. That is the spirit of Kopimism.

We are now being presented with another example of how ludicrous the Transportation Security Administration (TSA) and their tactics are, as if we didn’t already have enough reasons to dissolve the financially parasitic agency.
Personally, I think Senator Rand Paul is right on the mark in calling for the TSA to be completely eradicated, as they are pushing dangerous, expensive and ineffective technology in the name of the fraudulent war on terror.
They continue to expand operations outside of airport terminals and invade our daily lives, all supposedly to fight a threat which does not even exist.
Without pushing back against this out of control agency and other dangerous Department of Homeland Security (DHS) child agencies, we can only expect these abuses to continue or even get worse.

Read more »
Posted by Angelo Agathangelou at 9:08 am Links to this post

When the Defense Department wasn’t blowing billions on failed machinery and weapons of war, the Pentagon was paying a US Army lieutenant colonel to indoctrinate servicemen with the notion that the entire Islam religion should be eradicated worldwide. 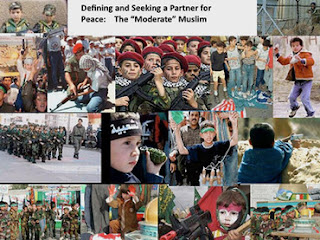 Army Lt. Col. Matthew A. Dooley no longer lectures members of the Armed Forces at the Defense Department’s Joint Forces Staff College, but he is still a part of the school’s faculty, reports Wired. This week the website reveals that the former instructor is under investigation by the military but, while he remains on the books, they have published material from recently uncovered training materials that were once used in the decorated soldier’s military-mandated classes.
According to documents used in those lectures, Dooley demanded that the US military must engage in a “total war” against Islam in order to maintain security for America.
“By conservative estimates,” 10 percent of the world’s Muslims, “a staggering 140 million people … hate everything you stand for and will never coexist with you, unless you submit [to Islam],” Dooley told servicemen expected to rise in the ranks of the US military.
“Your oath as a professional soldier forces you to pick a side here,” said Dooley — who also suggested that a “total war” against the widespread religion might be the only thing that would protect the future of America.
Read more »
Posted by Angelo Agathangelou at 2:42 am No comments: Links to this post

Sir Andrew Likierman: Why We Need to Embrace Whistleblowing

Transcript: Anybody who blows the whistle immediately raises a question: is it the individual? Is it the organization? And, in my view, any organization which has a whistleblower ought to start from the supposition that they are right and there is an issue to address until proved to the contrary. And when I say proved, I do mean proved.

Read more »
Posted by Angelo Agathangelou at 2:22 am 5 comments: Links to this post

Posted by Angelo Agathangelou at 2:19 am No comments: Links to this post