CRASH 2: Why the Day of Reckoning will reconfigure Western politics forever

The Slog: I was drafting something this morning for what I hoped would be one of my more thoughtful/thought-through pieces. On the whole, I’m a bit of a draft-dodger when a piece of news sets one of my many hobby-horses free from the regularly mucked-out philosophical stables. But it’s important now and then to be apart from the action, in order to be closer to the truth.
So there I was, creating a terrific draft, and I wrote ‘In the end, Britain won’t leave the EU, the EU will simply leave all of us’. It was a hopeful draft this one, but it was almost immediately overtaken by Der Spiegel’s revelations about yet more Berlin ‘demands’. It is now pretty clear, at 20.40 GMT on May 14th 2012,  that the EU and its madcap schemes will never leave us alone until Brussels has been destroyed by the inevitable eurobanking breakdown, and the Merkel/Schäuble axis of Shifty Thrifty has been voted out of history by a German electorate finally waking up to the deranged plans of those in search of Grosseuropa.
All of which, as the Buddhists say, has allowed some good to emerge from bad. Because while in the throes of coming to terms with unwanted symptoms of Herrenvolk Syndrome, I was reminded (and not for the first time) of the tectonic mismatch between the issues out there, and the navel-gazing of Europe’s national political Parties. 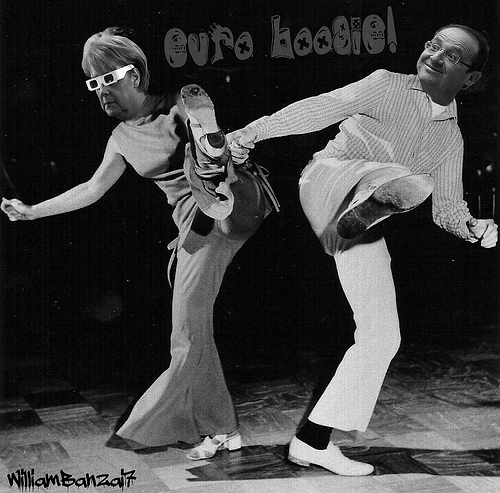 There they are in 2012, these diplodocus politicus, still boffing on about Left and Right – or Liberal and Conservative – while out there in the real world the issues couldn’t be clearer: SupraState Looney fascism vs Enterpreneurial freedom, globalism vs trading self-sufficiency, megamedia corruption vs the truth, Big surveillance state vs repaired society, Elite denialism vs Common Man reality.
Read more »
Posted by Angelo Agathangelou at 11:20 pm No comments: Links to this post

Anonymous: 'We have access to every classified database in the US'

Businesses have suggested it. The government has all but confirmed it. And according to one alleged member, they both might very well be right. A hacker tied to Anonymous says the loose-knit collective may be the most powerful organization on Earth. 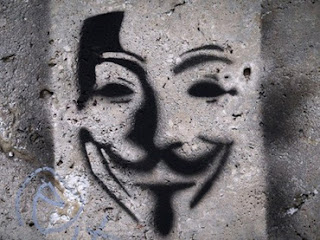 "The entire world right now is run by information,” Chris Doyon tells Postmedia News from an undisclosed location in Canada. “Our entire world is being controlled and operated by tiny invisible 1s and 0s that are flashing through the air and flashing through the wires around us. So if that’s what controls our world, ask yourself who controls the 1s and the 0s”
“It’s the geeks and computer hackers of the world,” says Doyon.
In a world where the most critical of information isn’t locked up in vaults but instead encoded in easily obtainable binary, Doyon says that crackers like those in Anonymous are in possession of some of the most powerful knowledge known to man.
Doyon, who is reported to be in his late 40s, was charged last year for partaking in a Distributed Denial of Service attack on the website for the county of Santa Cruz, California. Since February, however, he has resided in Canada after using what he says is the new “underground railroad” to escape persecution for alleged computer crimes in the States.
Read more »
Posted by Angelo Agathangelou at 10:18 pm No comments: Links to this post 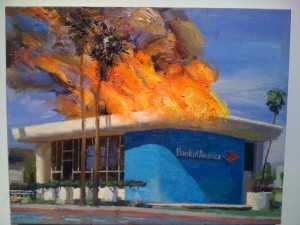 Sinister bankers startled as China warns: “the wages of sin is Death.” BY ROBERT S. NEWPORT, JR: It began on Thursday, May 10th, a hot summer-like day in Los Angeles. An army of arrogant elites descended on the City, headed for a big money blowout in the Valley side of the Hollywood Hills. The elegant stars of Hollywood, the financiers, and the spin-doctors all rubbed elbows in a $40,000 a plate orgy. The big man himself came into town with an enormous entourage, heading up the canyons where he would collect his tribute, a rumored $15 million dollar treasure, a partial reward both for services rendered and services to be rendered in the future. Ah yes, life was good that day for the elites and plutocrats in the cool hillside canyons. But down below, on the hot baking floor of the San Fernando Valley, things weren’t so nice.
Read more »
Posted by Angelo Agathangelou at 9:35 pm No comments: Links to this post

Must See: Greece Explained In One Picture

Submitted by Tyler Durden:
We were going to do a caption contest out of this image, but unfortunately this is not funny. It is tragic. Many people will lose all their money, savings, livelihood, and more because of this...

What is it? It is a picture taken at the Athens ministry of finance.
Read more »
Posted by Angelo Agathangelou at 5:18 pm No comments: Links to this post

Socialist Francois Hollande has bumped former French President Nicolas Sarkozy in the country's presidential elections last week. Hollande has threatened to rip up the Europe's austerity deal which has been orchestrated by German Chancellor Angela Merkel. Meanwhile, Greeks are having difficulty to form a new government. Over 60 percent of those who voted in the parliamentary elections demanded that the crippling loan terms insisted on by the EU be re-negotiated. Source
Posted by Angelo Agathangelou at 4:04 pm No comments: Links to this post

Is Gold a Good Investment?


Even though gold has already enjoyed an 11-year bull run we still think that it’s a good investment. Here we present a few charts that suggest that the current gold price is actually quite cheap!

There are three simple (but apparently elusive) charts that indicate the cheap valuation placed upon gold at present. [Note: We'll be updating these charts every week so that you can track their progression over time.]

Chart 1: What Percentage of Each Federal Reserve Note is Backed By Gold?

Read more »
Posted by Angelo Agathangelou at 11:05 am No comments: Links to this post

"Our time has come, and it won't be stopped," the Congressman noted during a 50-minute long speech. "In the short range, there will be bumps. In the long range, if we are dedicated, we will change this country and we will change the world." Source
Posted by Angelo Agathangelou at 10:30 am No comments: Links to this post 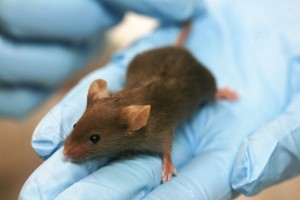 Geneticists at Rockefeller University in New York have demonstrated the ability to remotely activate and deactivate specially engineered insulin production genes in mice through the use of radio waves.
As unbelievable as it sounds, this could represent a radically new understanding of how genes work as well as the ability to create an entirely new field of medical treatments.
Like many cutting edge technologies such as mind-controlled robots, new lifelike humanoid robots and microchips allowing mobile devices to see through walls and other objects, I see this breakthrough as having either radically beneficial or unimaginably detrimental uses in the future.
Unfortunately it has become quite clear that the pharmaceutical industry and the agencies that supposedly regulate them, like the Food and Drug Administration (FDA) are far from trustworthy.
This latest advance could give scientists the ability to remotely modify the activity of genes without any surgery or even traditional drugs.
However, while they bill the treatment as completely non-invasive, that is not entirely accurate. The researchers did, in fact, have to inject nanoparticles into the mice being studied in order to affect the genes.
Read more »
Posted by Angelo Agathangelou at 2:57 am No comments: Links to this post 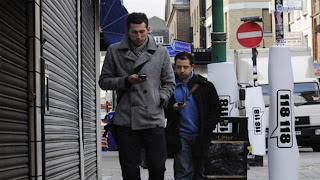 "It's a big distraction. Pedestrians aren't watching where they are going and they are not aware," said Thomas Ripoli, chief of the Fort Lee Police Department.


Ripoli said the borough, which is home to approximately 35,000 residents, has suffered three fatal pedestrian-involved accidents this year. He hopes his crackdown on people who display dangerous behavior while walking will make his town safer, but not everyone is on board with the idea of issuing $85 tickets.


"When I walk I still look around. I'm not like constantly looking down the whole time," said resident Sue Choe. Another woman complained about the tickets were "a lot of money."


Officers handed out pamphlets during a short grace period in March before they began aggressively going after "dangerous walkers." More than 117 tickets have been issued, according to the New Jersey Record.
Read more »
Posted by Angelo Agathangelou at 2:44 am No comments: Links to this post