Spiegel Interviews Tsipras: "If Greece Is Destroyed, It Would Be Merkel's Fault"

Submitted by Tyler Durden: The person who has caused global stock markets so much consternation by daring to play chicken with Germany until the bitter end conducts a  no holds barred interview with Germany's Spiegel. There is little love lost between the Syriza leader and the Germans, who were quite surprised to find a political leader who is willing to play blink with Germany, with the ECB, and the developed world until the very end, or June 17, whichever comes sooner. Tsipras' bottom line: "We're trying to convince our European partners that it's also in their interest to finally lift the austerity diktat." Alas, the European "partners", as evidenced by Lagarde's Guardian interview this weekend, have an image of Greece as a bunch of lazy tax evaders, who only seek to mooch on the German teat, resulting in 60% of Germans now pushing for Greece to be kicked out of the Euro, consequences be damned. Nothing new there. What is curious is Tsipras' answer to the question everyone wants to ask: "If Greece ultimately exits the euro, you will also bear some of the blame. You promised your voters the impossible: retaining the euro while breaking Greece's agreements with the rest of Europe. How can such a plan find success?" His response: " I don't see any contradiction in that. We simply don't want the money of European citizens to vanish into a bottomless pit...we think these resources should also be put to sensible use: for investments that can also generate prosperity. Only then will we in fact be able to pay back our debts." Presumably this means that Greece infrastructure projects will not be commanded from the same location in the Athens ministry of finance which houses the now legendary following data room.

Yet the line that will draw the most ire out of the already exhausted German taxpaying public is the following:

"if our economic foundation is completely destroyed and the decisions of an elected Greek government are not responsible for it but, rather, certain political forces in Europe. Then they too will be guilty, for example Angela Merkel."

Facebook fury has forced the head of the International Monetary Fund to express sympathy with Greece's financial struggle. Christine Lagarde caused outrage by saying she had more sympathy for poor African children than Greeks suffering economic problems. She suggested that the Greek culture of tax evasion was the main cause of their hardship, prompting tens of thousands of furious messages on her page. For more on the story RT talks to George Katroungalos, attorney and professor of international law. Source
Posted by Angelo Agathangelou at 10:06 pm No comments: Links to this post

Egyptians went to the polls in their first ever free presidential election during this week. Who becomes president and indeed what the president's powers would be are still unknown. A run-off vote is scheduled for 16th and 17th of June in case no candidate gets more than 50 percent of the votes. France and Germany are at loggerheads over what to do about Greek-Euro economic issue as the new French President Francois Hollande and German Chancellor Angela Merkel took part at the European Union Summit.
Read more »
Posted by Angelo Agathangelou at 9:38 pm No comments: Links to this post 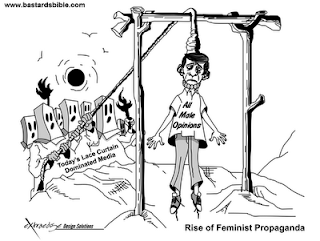 Loving UK fathers Denied all access to children on play of words for the purposes of feminazi social engineering.


We may have some more disturbing audio and video footage of the South Gloucestershire social re-education services team at work 1984 style to be released soon!
Remember:

This scene is played out across our nation every day by our civil services.

“This man (Tony Blair) should be arrested for war crimes. JP Morgan paid him off for the Iraq war 3 months after we invaded Iraq, held up the Iraq bank for 20 Billion, he was then paid $6 Million every year and still is from JP Morgan six months after he left office. THE MAN IS A WAR CRIMINAL!” Exclaimed the man as he was throttled and finally gagged by a swarm of security people.

The general assembly of the World Health Organization "WHO" has adopted a draft resolution submitted by Arab countries condemning the Israeli blockade imposed on the Gaza Strip, calling for an end to the closures and restrictions at Gaza crossings. Source
Posted by Angelo Agathangelou at 1:14 pm No comments: Links to this post

Mac Slavo: You may have entertained the idea of an improbable civilization ending events such as a ‘global killer’asteroid, earth crust displacement or massive solar storms, but what if there existed a situation right now that was so serious that it literally threatened our very existence?


According to a host of scientists, nuclear experts and researchers, were are facing exactly such a scenario – and current efforts may not be able to stop it. When the Fukushima nuclear plants sustained structural damage and a catastrophic failure of their spent fuel cooling systems in the aftermath of the Japanese earthquake and Tsunami in 2011, it left the government of Japan, Tokyo Power and nuclear regulatory agencies around the world powerless to contain the release of deadly radiation. A year on, the battle for control of Fukushima continues to no avail.

It’s estimated that tens of thousands of people in Japan and the whole of North America have been affected, with reports indicating that children in Japan and the U.S. are already being born with birth defects, as well as thousands who have already succumbed to radiation related illness. As we initially followed the breaking news during the first thirty days of the accident, we suggested the Fukushima disaster would be worse than Chernobyl. Not even we could have imagined how much worse it would be.

Read more »
Posted by Angelo Agathangelou at 10:23 am No comments: Links to this post

RULES OF CAPITALISM: IF BANKS obey the rules of capitalism and make a bad debt they should go bankrupt, the outspoken US financial analyst and former stockbroker Max Keiser said at an event in Dublin yesterday.
“If they are capitalists they should obey the rules of capitalism; if you make a bad debt and screw up then you’ve got to pay the consequences. You can’t go to the government and get a bailout . . . that’s not capitalism, that’s not even socialism, that’s crapitalism,” Mr Keiser said in a talk marked by black economic comedy.
Mr Keiser also referred to the case of Anglo Irish Bank, saying there was no such thing as a “bond fairy” which should have allowed the bank’s unsecured bondholders to get paid. “There is no argument that can be substantiated for paying off that bond.”
Read more »
Posted by Angelo Agathangelou at 9:15 am No comments: Links to this post

Incentivize victimhood, fraudulent accounting of income/collateral and gaming the system, and guess what you get?

A nation of liars and thieves. 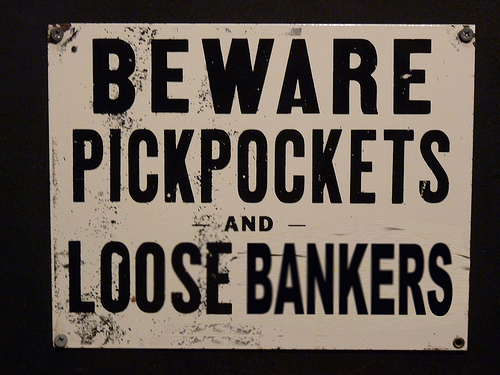 Memorial Day is traditionally a day to speak of sacrifices made in combat. Like much of the rest of life in America, it has largely become artificial, a hurried "celebration" of frenzied Memorial Day marketing that is quickly forgotten the next day.
Instead of participating in this rote (and thus insincere) "thank you for your sacrifice" pantomime, perhaps we should ask what else has been sacrificed in America without our acknowledgement. Perhaps we should look at the sacrifices that need to be made but which are cast aside in our mad rush to secure "what we deserve."
Read more »
Posted by Angelo Agathangelou at 8:58 am No comments: Links to this post

Scandalo Vaticano! What exactly did the butler see?

By Richard Cottrell
The Holiest of Holies is anciently accustomed to red hot scandals – just think the Borgias – but by any standards the one that is rocking the sold marble pillars of St. Peter’s right now is not only unique, but might quite possibly mark the funeral rites of Pope Benedict’s disastrous papacy.


Editor’s note: In other Catholic news, a Catholic priest accused of molesting multiple children has been discovered to be working as a supervisor with the Transportation Security Administration (TSA).
At first sight, the arrest of the pope’s personal butler on charges of stealing confidential correspondence to and from to Benedict XVI looks like a passing spat at the kitchen sink.
Even the fact that Paolo Gabriele leaked some of the sensitive material, dealing with the gross financial incompetence of the Vatican authorities, to the media really only serves to confirm what was always public knowledge anyway.
Namely, the Lateran State is an institutionally corrupt racket and always has been.

For Those About to Protest Bilderberg, We Salute You!!

Alex reports from the road as the Infowars team heads to Chantilly, Virginia, to cover this year's Bilderberg meeting. In 2008, the Bilderberg Mafia also met in Chantilly, not far from Washington DC, and it was reported that Obama and Hillary Clinton secretly attended the confab to get their marching orders. Although Bilderberg meetings are held in France, Switzerland, Italy, Spain, Denmark, England, Scotland, Norway, and other locations around the world, the pattern prior a U.S. election is to hold the globalist confab in the United States. Source
Posted by Angelo Agathangelou at 6:24 am No comments: Links to this post

Julian Assange talks to the President of Ecuador, Rafael Correa. Correa is a left wing populist who has changed the face of Ecuador. But unlike his predecessors he holds a Ph.D. in economics. According to US embassy cables, Correa is the most popular President in Ecuador's democratic history. But in 2010 he was taken hostage in an attempted coup d'etat.

Read more »
Posted by Angelo Agathangelou at 2:35 am No comments: Links to this post