Asymmetric accounting,' flatulent dark market clubs in austerity London and the $72 trillion claim against Limewire, while President Obama settles for $26 billion for widescale, systemic mortgage fraud. In the second half of the show Max talks to Jan Skoyles of TheRealAsset.co.uk about her campaign to Buy Britain's Gold Back. Source
Posted by Angelo Agathangelou at 10:03 pm No comments:

US terror drones and attack helicopters have killed 31 more people in Yemen, Pakistan, and Afghanistan, including babies, over the course of 72 hours. Because shit happens?
Read more »
Posted by Angelo Agathangelou at 5:04 pm No comments:

The Occupy movement has united hundreds of thousands across the world to fight social and economic inequality. In the latest edition of Assange's very own interview programme Julian Assange meets with prominent Occupy activists who say their collective efforts target global institutions.

Read more »
Posted by Angelo Agathangelou at 3:31 pm No comments:

The Buyers Have Left The House 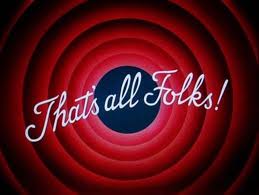 Submitted by Tyler Durden:
The European nations and banks have performed a neat new trick, nailing themselves to the Cross, and it is now only for Pontius Pilate to pick up the spear and begin


Via Mark J. Grant, Author of Out of the Box,
“We are on strike against the morality of cannibals.”

Slowly, surely the largest investors in the world are no longer buying the debt of Europe. Recently the Chinese sovereign wealth fund, China Investment Corp., said that they were done and would no longer be buying European debt. The institutional readers of “Out of the Box” number somewhat more than 5,000 money managers and I can report that one after another they are either seriously pairing back on their holdings or exiting Europe. The risks are just too great and the way Europe does business is also having a serious effect. You see, Europe does not count any contingent liabilities, sovereign guaranteed debt, derivatives, bank guaranteed debt, regional guaranteed debt or promises to pay for various entities as part of their calculation for their debt to GDP ratios. The CEO, CFO and the Board of Directors of an American corporation would go to jail for Fraud for operating in this manner but this is the devised scheme in Europe. This is also why it sets my teeth on edge each and every time I see some country brandishing their debt to GDP ratio in the press; it is just factually inaccurate or to be more succinct---it is a lie.
Read more »
Posted by Angelo Agathangelou at 1:42 pm No comments:


Read more »
Posted by Angelo Agathangelou at 1:24 pm No comments:

England's Iraq inquiry closes its eyes to Blair's war crimes and financial gain from waging war in Iraq, an anti-war activist tells Press TV. Press TV has conducted an interview with documentary film maker, David Lawley Wakelin with Alternative Iraq Inquiry who has made films criticizing the Iraq war, to further shed light on the issue. Source
Posted by Angelo Agathangelou at 10:53 am No comments:

57 per cent of Children in Collyhurst, Manchester, UK Living In Poverty 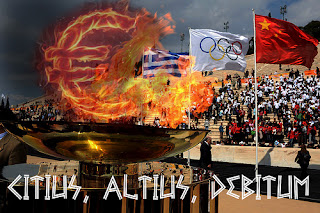 Background to UK foreign wars for profit, war against fathers, bankster welfare state and the Olympics 2012. UK 'Social Services' about the business of Agenda 21?


Yakub Qureshi: Three districts in Greater Manchester are among the poorest in England, according to new research. Collyhurst in Manchester, Kirkholt in Rochdale and Oldham’s Shaw Road area have been ranked in the country’s top ten most-deprived neighbourhoods. And the Cheshire village Alderley Edge is the second richest, according to a charity which looked at life expectancy, health and earnings. Christian charity Church Urban Fund combined information published by the government to draw up what it claims is a comprehensive map of deprivation. It looked at the number of children and elderly people living below the poverty line and examined male and female life expectancy in council wards around the country. The charity found that as many as 57 per cent of children in Collyhurst were thought to be living in poverty – and the average life expectancy for men was 77.

By Madison Ruppert
As the United Nations has finally acknowledged the fact that established terrorist groups are behind the bombings in Syria, the state-funded BBC has been busted using an image from Iraq in 2003 to accompany a story about the alleged massacre of children in Syria.
I’m not one to completely discount the possibility that this could have been a wholly innocent slip-up, given the fact that the Western media in general has blindly accepted anything so-called activists report as fact without any verification whatsoever, while discounting everything the Syrian government says no matter how much evidence they might have to back it up.
However, the individual who took the photograph, a Getty photojournalist named Marco di Lauro, does not apparently think it is innocent, saying, “Someone is using someone else’s picture for propaganda on purpose.”
Di Lauro nearly “fell off his chair,” according to the British Telegraph, when he saw the image.
Di Lauro stated that he wasn’t angered by the usage of his photograph, but instead he was “astonished” by the massive failure of the BBC to even do a cursory check of their sources.
The image was actually taken all the way back on March 27, 2003 and shows a quite disturbing scene of an Iraqi child jumping over a massive number of white body bags containing skeletons discovered in a desert to the south of Baghdad.
Read more »
Posted by Angelo Agathangelou at 7:54 am No comments:

GOP leadership in the House of Representatives announcedthat legislation to thoroughly audit the secretive Federal Reserve, a wildly popular measure pushed by Rep. Ron Paul (R-Texas) for decades, will come up for a floor vote in July. Honest-money advocates and pro-transparency activists celebrated the news as a historic opportunity to rein in the central bank, which has come under heavy fire — especially in recent years — for debasing the U.S. dollar, manipulating markets, and showering big banks with trillions in bailouts.

The legislation, H.R. 459, already has over 225 co-sponsors in the House including an impressive roster of senior Democrats and Republicans, some of whom chair important committees. In the Senate, however, a similar bill has only about 20 co-sponsors so far, forcing Audit-the-Fed activists to wage a massive campaign aimed at exposing Senators who refuse to support transparency at the shadowy central bank. Polls in recent years revealed that four out of five Americans support auditing the Fed.

“The Fed has proven it cannot be trusted and must be audited. While the banksters’ dangerous schemes have been going on for years, the bailouts exposed the trillions being stolen from the American people,” noted Sen. Rand Paul (R-Ky.), a sponsor of the Senate legislation and the son of Congressman Ron Paul. “It is time to Audit the Fed. Time to shine a bright spotlight on the largest theft in American history.”
Read more »
Posted by Angelo Agathangelou at 2:16 am No comments:

Crisis-enduring Greece received a bit of hope for belated justice. A re-trial of Ancient Greek philosopher Socrates in Athens, the very city that sentenced him to death in 399 BC, ended with his acquittal. 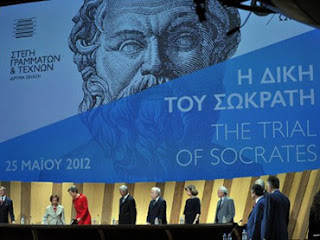 A panel of ten judges from Britain, France, Germany, Greece, Switzerland and the United States was hearing the case at the event at the Onassis Foundation. Five of them cast their votes for “guilty” verdict while five other said “not guilty”.
Unlike the historical proceedings, the judges did not choose the form of punishment, since organizers felt it would unnecessarily complicate the process.
In the original trial Socrates was charged with failing to acknowledge gods worshiped by the city and a separate charge of corrupting the young. His teachings of skepticism challenged conventional moral, political and religious notions, which won him powerful enemies.
Ancient Athens accused him of conspiring with their enemy, the Spartans, to inspire a violent uprising of the Thirty Tyrants, a group of oligarchs, the leader of which was a pupil of Socrates.
The philosopher spoke for himself in the trial before more than 500 jurors. The result was his sentencing to either death by drinking a hemlock-based liquid or permanent exile from the polis. Socrates opted for the former punishment.
The most comprehensive account of the trial is that written by his friend and student Plato.
Socrates’ sentencing to death has modern-day implications, as the issues of freedom of speech are as resonant today, as they were 2,400 years ago, say the organizers of the mock re-trial.
Read more »
Posted by Angelo Agathangelou at 1:05 am 1 comment:

How to Really Measure Inflation


Read more »
Posted by Angelo Agathangelou at 12:04 am No comments: