By Al Lewis
J.P. Morgan Chase chief Jamie Dimon couldn’t apologize enough for his bank’s billions of dollars in trading losses, so on Wednesday he escalated by pleading for “Old Testament justice.”
An eye for an eye, a tooth for a tooth, and death to “big, dumb banks.” 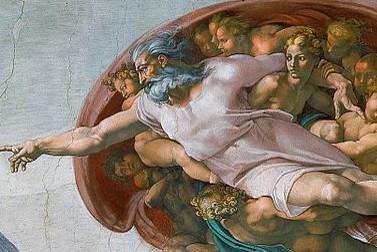 “We have to get rid of anything that looks like too-big-to-fail,” Dimon told the Senate Banking Committee. “We have to allow our big institutions to fail. It’s part of the health of the system. We shouldn’t prop them up. We have to allow them to fail.” Read David Weidner’s column on Dimon.
Regulators should wind them down through the same orderly resolution process that got America out of the savings and loan crisis. Since 2008, regulators have been doing just that at hundreds of smaller banks, just not the lumbering leviathans that seem to deserve it.
“I wouldn’t call it resolution,” Dimon continued. “I think that’s the wrong name. I personally would call it bankruptcy for big, dumb banks.” Read MarketWatch’s news coverage of Dimon’s testimony.
Here’s how he further advised the Senate: “When you have bankruptcy, I’d have clawbacks. I’d fire the management. I’d fire the board. I’d wipe out the equity. And the unsecured [creditors] should recover whatever they’d recover like in a normal bankruptcy.”
“I think the banks should be dismantled after that, and their name should be buried in disgrace. So there’s a little Old Testament justice here.”
Read more »
Posted by Angelo Agathangelou at 10:39 pm 2 comments:

CNN reports yesterday afternoon that the Pentagon has finalized plans to attack Syria and forcefully depose its leader, Bashar al-Assad, under the cover of securing weapons of mass destruction and preventing “sectarian violence” it has fomented by supporting and training the Free Syrian Army.
“The U.S. military has completed its own planning for how American troops would conduct a variety of operations against Syria, or to assist neighboring countries in the event action was ordered, officials tell CNN.”

CNN says the Pentagon has “finalized its assessment of what types of units would be needed, how many troops, and even the cost of certain potential operations.”
“There is a sense that if the sectarian violence in Syria grows, it could be worse than what we saw in Iraq,” an unnamed Obama administration official told CNN.
The attack plan is similar to the one used against Libya:

The military planning includes a scenario for a no-fly zone as well as protecting chemical and biological sites. Officials say all the scenarios would be difficult to enact and involve large numbers of U.S. troops and extended operations.

CNN reveals that the United States, Britain and France have discussed the attack, which they describe as “contingency scenarios,” and have trained specifically for a military intervention. They are also “sharing of intelligence about what is happening in Syria with neighboring countries including Jordan, Turkey and Israel.”
Read more »
Posted by Angelo Agathangelou at 10:24 pm No comments:


"The US is not on the gold standard, there is nothing stopping the central bank from adding as many zeros as they want"
EJ predicts short periods of deflation in this process. Then they add zeros to grow the money supply.

The amount of zeros they added exceeded even his expectations!
Read more »
Posted by Angelo Agathangelou at 10:05 pm No comments:

Posted by Angelo Agathangelou at 8:55 pm No comments:

U.S. government has given JPMorgan the green light to manipulate the silver market - Ted Butler

A Few Questions; One Answer

Theodore Butler:
Please read this article carefully because I’m disclosing for the first time that the U.S. government has given JPMorgan the green light to manipulate the silver market. This fact explains the shenanigans in the silver market. It answers all the questions and exposes this tawdry affair for all to see. 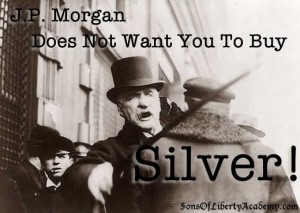 The scandal recently became more outrageous. The June Bank Participation Report, as of Tuesday, June 5, along with the COT confirmed that JPMorgan’s silver short position has increased by at least 5,000 contracts in the past two reporting weeks. That is the equivalent of 25 million ounces of silver, truly an enormous amount in a two week period and about equal to all the silver produced and consumed in the world in the same period. I calculate JPMorgan’s net short position in COMEX silver futures to be between 16,000 and 17,000 contracts. JPMorgan has been the sole net commercial silver short seller over the past two weeks. That is the clearest proof yet of manipulation. A market dominated by one buyer or seller is the ultimate definition of manipulation.

Read more »
Posted by Angelo Agathangelou at 8:42 pm No comments:

A nuclear secret buried in Austin, Texas. A nuclear reactor is hidden beneath the monolith of the LBJ Library on the University of Texas campus and nuclear waste an insider said is sealed in limestone caves located in the Texas capitol. Source
Posted by Angelo Agathangelou at 5:33 pm No comments: 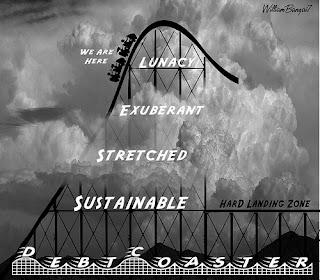 Britain's government and the (privately owned) Bank of England will flood its banking system with cash (digital and paper promissory notes) in a coordinated move to get credit flowing through its (depression) recession-hit economy, as the euro zone crisis casts a "black cloud" over the world economy.
The country will launch a scheme to provide cheap long-term funding to banks to encourage them to lend to businesses and consumers, and the central bank will activate an emergency liquidity tool, BoE governor Mervyn King said in his annual Mansion House policy speech to London financiers.
The case for pumping more money into the economy via further purchases of government bonds had also increased as the outlook for the economy had worsened, King said, though he again rejected calls for the central bank to buy private assets.
King said the euro zone's woes were leading to a crisis of confidence in Britain which was leading to a self-reinforcing weaker picture of growth.
"The black cloud has dampened animal spirits so that businesses and households are battening down the hatches to prepare for the storms ahead," he said

Read more »
Posted by Angelo Agathangelou at 12:39 pm No comments:

“Once upon a time they told the people a fairy tale and so they lived well at our expense and we suffered. They make out that they are honestly working hard, sweating, struggling with difficult decisions and they conclude that to save ourselves we must suffer and it’s our own fault, worse they insult us. Then came the ‘We Don’t Pay Movement’. They thought we would lie down like sheeple while they forced our nation into slavery, but for every action there is a reaction.”

“Did you know that our roads have been paid for by ourselves and our grandparents, that we are paying for them even now from our taxes our value added taxes etc.?”

“....As you can see we are finding many ways not to pay, not because we are thieves but because we will not pay for their follies.”
Read more »
Posted by Angelo Agathangelou at 9:12 am No comments:

Killer Drones Coming to A Sky Near You: Rosalind Peterson + Pentagon report lists 110 potential drone bases in the USA

"Civilization is the progress toward a society of privacy. The savage's whole existence is public, ruled by the laws of his tribe. Civilization is the process of setting man free from men" Ayn Rand
Darrin McBreen talks to rosalind peterson of california sky watch about the deadly consequences of the government using military unmanned drone.

Read more »
Posted by Angelo Agathangelou at 8:43 am No comments:

Capital & Travel Controls and Preparing for Chaos in Europe

Jeff Berwick: It looks like it is going to be another hot summer in Europe.
The current liquidity crisis in the southern periphery of the Eurozone continues to spread. There are already quiet electronic bank runs in progress in Greece and Spain. On Monday, a bank "holiday" was announced in Italy. Then, in something we have not seen reported anywhere else, we received contact from a reader, Pierre J., who told us that bank branches are limiting withdrawals now almost everywhere in France.  According to Pierre, they are requesting five days notice to withdraw 2000 euro.  He supplied the following photo taken at Caisse d'Epargne:


A year ago the banks asked for 48 hours notice to withdraw 1500 euro.  Now, they are asking for more than double the time just to get together a few thousand euros.
Some branches, according to Pierre, such as Caisse d'Epargne don't even deliver any cash in the afternoon now.  And, others, such as BRED have a 500 euro withdrawal limit as this photo taken in Paris yesterday shows:

Read more »
Posted by Angelo Agathangelou at 8:00 am No comments: 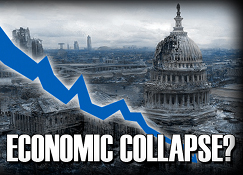 You do not need to be terribly good at reading the tea leaves to spot the alarm calls for next Monday morning. Greece will have its general election result and Egypt may well have elected a member of the Islamic Brotherhood as president.
Call it a double whammy if you like, and it is so obvious that markets are going to anticipate it, then again being confronted with a new reality is never quite the same as expecting it to happen.
New hope or hopeless case?
Greece is most likely to have elected a government that will eventually repudiate its austerity package and yet want to stay in the euro. Everybody likes to have their cake and eat it. That will throw the ball back to the eurozone authorities to decide what to do: cave in or kick Greece out of the eurozone?
Can they fudge this one so as not to interfere with their summer holidays? It is always a big risk for European politicians and bureaucrats at this time of year that their long planned holidays could be disrupted. They tend to avoid it if they can by kicking the can down the road whatever the cost.
Read more »
Posted by Angelo Agathangelou at 7:47 am No comments:


Know Your Enemy
I recall wanting to read Mein Kampf as a young kid, although to this day I have only read excerpts.  I wanted to know what made this guy tick, what his thoughts were.  How could someone justify such horrific actions. As I have progressed into adulthood I have only become more and more convinced that books written by psychopath killer dictators should be required reading for every single human being on the planet.  In a similar vein, I remember hearing the argument back in high school that people should not read Machiavelli’s The Prince.  The argument was that if people read a manual on devious thoughts, and the application of ruthless behavior to achieve one’s selfish ends, that it would permeate society and lead us all into a darker place.  As soon as I heard this, of course, the first thing I did was head to the book store to buy it.  I recall my reaction to the treatise vividly.
Read more »
Posted by Angelo Agathangelou at 12:12 am No comments: