See Max go wild on the Technocrats and Bankers that are ruining the economy at the Financial Terrorism Conference in UK earlier this month.

Egypt: What is happening & what should happen? - George Galloway

Thousands of angry Egyptians have camped out in the historic square since Wednesday, calling on the military council to quit power immediately as the electoral authorities delayed the announcement of the final results of the presidential run-off on Thursday as scheduled. Egypt's election committee said on Wednesday they want to look into all complaints from the two candidates before making an announcement. The protesters say the move could be a sign that the Supreme Council of the Armed Forces (SCAF) is trying to declare former premier Ahmed Shafiq the winner.
Read more »
Posted by Angelo Agathangelou at 7:31 pm No comments: Links to this post

RIO DE JANEIRO — Amid the thousands of people assembled at the United Nations Rio+20 Conference on Sustainable Development calling for global government and anti-market "solutions" to alleged planetary "sustainability" and "biodiversity" problems, a vocal coalition of environmental realists who refuse to buy the UN-backed agenda are calling for some sanity — market solutions, real science, and national sovereignty. Some have even proposed abolishing the controversial global institution altogether.
Read more »
Posted by Angelo Agathangelou at 1:39 pm No comments: Links to this post

Assange speaks out: US drums up case against me, time running out

The world's top whistleblower says he's optimistic about his political asylum bid. In his first public comment since walking into the Ecuadorian embassy in London with a request for sanctuary, Julian Assange also said the U.S. was building a case against him over leaked cables. He applied for refuge as he faces extradition from Britain to Sweden, which could eventually see him transferred across the Atlantic and to his death.

Read more »
Posted by Angelo Agathangelou at 12:56 pm No comments: Links to this post 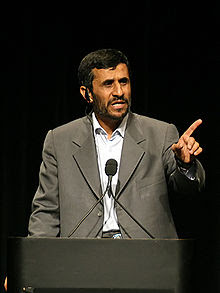 "WAR is a racket. It always has been." - If I asked what the cause of the American Civil War was, would your first answer be slavery?  Would it surprise you to know that slavery was only one grievance the South had with the Lincoln administration?
James E. Miller: Up until the first bullet was fired on Fort Sumter, Abraham Lincoln had been leading a type of economic aggression to force the South into initiating the official version of the conflict.  When Lincoln ran for president, his platform was based on Henry Clay-inspired mercantilism where he promised to maintain a high protective tariff that would serve Northern industrial interests while impoverishing the South’s still predominantly agrarian economy.  This, of course, angered the South much like it did when John Quincy Adams imposed the same type of tariff in 1828 which lead to the Nullification Crisis.  With the Morrill Tariff, which increased the tax on dutiable imports by about 70%, put in place by President Buchanan two days before he left office, the South stood ready to secede.  After Lincoln’s inauguration, he began to maneuver the seceding South into firing the first shot by breaking a previously established agreement to not attempt to restock Fort Sumter.  He secretly sent troops the Fort which escalated into what turned out to be the bloodiest war in American history.  Lincoln’s close friend and confidante Senator Orville H. Browning would go on to write in his diary:
He told me that the very first thing placed in his hands after his inauguration was a letter from Major Anderson announcing the impossibility of defending or relieving Sumter.
Read more »
Posted by Angelo Agathangelou at 12:30 pm No comments: Links to this post 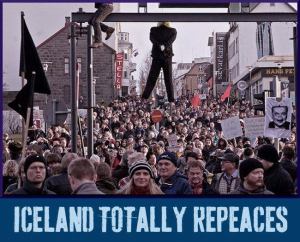 The Meister:
Since the 1900′s the vast majority of the (world/) American population has dreamed about saying “NO” to the Unconstitutional, corrupt, Rothschild/Rockefeller banking criminals, but no one has dared to do so. Why? If just half of our Nation, and the “1%”, who pay the majority of the taxes, just said NO MORE! Our Gov’t would literally change over night. Why is it so hard, for some people to understand, that by simply NOT giving your money, to large Corporations, who then send jobs, Intellectual Property, etc. offshore and promote anti-Constitutional rights… You will accomplish more, than if you used violence. In other words… RESEARCH WHERE YOU ARE SENDING EVERY SINGLE PENNY!!! Is that so hard? The truth of the matter is… No one, except the Icelanders, have to been the only culture on the planet to carry out this successfully. Not only have they been successful, at overthrowing the corrupt Gov’t, they’ve drafted a Constitution, that will stop this from happening ever again. That’s not the best part… The best part, is that they have arrested ALL Rothschild/Rockefeller banking puppets, responsible for the Country’s economic Chaos and meltdown.
Last week 9 people were arrested in London and Reykjavik for their possible responsibility for Iceland’s financial collapse in 2008, a deep crisis which developed into an unprecedented public reaction that is changing the country’s direction.
It has been a revolution without weapons in Iceland, the country that hosts the world’s oldest democracy (since 930), and whose citizens have managed to effect change by going on demonstrations and banging pots and pans. Why have the rest of the Western countries not even heard about it?
Read more »
Posted by Angelo Agathangelou at 10:57 am No comments: Links to this post

Most pressing is the fact that GMOs have been linked to necrosis, significant mutations in fetal and embryonic tissues, and birth defects.
Furthermore, the big industry players like Monsanto wield massive political influence – even over the White House – and essentially act as if laws do not apply to them.
Once again, this power has surfaced in Washington, this time in the rejection of an amendment to the 2012 Farm Bill in the Senate which would have given states the right to demand that foods containing genetically modified ingredients be labeled as such.
You read that right, the amendment would not require states to have products labeled, rather, it would simply allow them to demand that the products be properly labeled.
At this point, you are probably wondering what the argument against giving people the right to know what is in their food might actually be.
Well, one argument came from the chair of the Senate Agriculture Committee Debbie Stabenow. Stabenow claimed that it could somehow interfere with the development of drought resistant crops.
Personally, I found this to be completely nonsensical and devoid of any and all reason.
Read more »
Posted by Angelo Agathangelou at 10:01 am No comments: Links to this post

Operation twist was announced yesterday, and this has revived the conversation about how the Fed is the only game in town...that it is the greatest barrier to economic progress. This conversation, of course, is taking place amidst the infighting and incompetence that renders Congress impotent on the fiscal side.

But on the central banking and monetary side, is collaboration between central bankers forming a kind of Voltron force united in a global inflationary attack?

Taibbi: The Scam Wall Street Learned From the Mafia

by Matt Taibbi: How America's biggest banks took part in a nationwide bid-rigging conspiracy - until they were caught on tape
Someday, it will go down in history as the first trial of the modern American mafia. Of course, you won't hear the recent financial corruption case, United States of America v. Carollo, Goldberg and Grimm, called anything like that. If you heard about it at all, you're probably either in the municipal bond business or married to an antitrust lawyer. Even then, all you probably heard was that a threesome of bit players on Wall Street got convicted of obscure antitrust violations in one of the most inscrutable, jargon-packed legal snoozefests since the government's massive case against Microsoft in the Nineties – not exactly the thrilling courtroom drama offered by the famed trials of old-school mobsters like Al Capone or Anthony "Tony Ducks" Corallo. 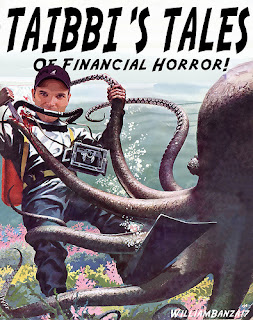 But this just-completed trial in downtown New York against three faceless financial executives really was historic. Over 10 years in the making, the case allowed federal prosecutors to make public for the first time the astonishing inner workings of the reigning American crime syndicate, which now operates not out of Little Italy and Las Vegas, but out of Wall Street.
The defendants in the case – Dominick Carollo, Steven Goldberg and Peter Grimm – worked for GE Capital, the finance arm of General Electric. Along with virtually every major bank and finance company on Wall Street – not just GE, but J.P. Morgan Chase, Bank of America, UBS, Lehman Brothers, Bear Stearns, Wachovia and more – these three Wall Street wiseguys spent the past decade taking part in a breathtakingly broad scheme to skim billions of dollars from the coffers of cities and small towns across America. The banks achieved this gigantic rip-off by secretly colluding to rig the public bids on municipal bonds, a business worth $3.7 trillion.

Read more »
Posted by Angelo Agathangelou at 3:20 am No comments: Links to this post

Google translation: Pierre Jovanovic answered our questions about the financial system crisis, the collapse of the euro and the dollar versus the gold price, and gives us his analysis for the coming years.

Posted by Angelo Agathangelou at 1:49 am No comments: Links to this post

What next in Greece? The empire strikes back, Tsipris in chains?

By Richard Cottrell:
The markets believe that the inconclusive election in Greece is simply a way station to the next crisis. The proposed coalition has already been sold down the river by the troika, who are saying that rejuvenated retread premier Antonis Samaras and his cohorts can expect no substantial deviations from the austerity program.
So there will be no early relief from record unemployment, bankrupt hospitals, and universities whose budgets were looted to pay off foreign bankers. Of course, this also means that there will be no change in the appearance of hunger and distress in wide sections of the population and the massive exit of funds to safe havens abroad.
But this is only part of a much wider picture. A clear majority of Greeks, 46% to 42% (albeit, even in a tampered election, which is very telling), voted against the crushing austerity regime. Yet they have ended up with a government run by the same bunch of kleptocrats who were responsible for the crisis in the first place.
Greece is a one party state and make no mistake about it.  So-called ‘New’ Democracy was a Western manipulated and controlled front set up by the CIA and NATO in 1974, following the fall of the military junta that seized power in 1967.
Pasok, the Pan-Hellenic Socialist Party, was the main rival on the Left. Neither of these labels mean anything at all. They are simply fancy wrapping for the rival Papandreou and Karamanlis clans who have squabbled for control of the country’s scant resources for the last four decades.
Read more »
Posted by Angelo Agathangelou at 1:19 am No comments: Links to this post