Ellis Martin Interviews Economists and Precious Metals Experts David Morgan and Paul Mladjenovic. Mr. Mladenovic and Mr. Morgan discuss Obamacare and a socialistic centralized government dictating American economic policy as compared to the failed policy dictates in the former Communisty Bloc of Eastern Europe. Mr. Mladjenovic and his family are from what was once Yugoslavia. David Morgan the Silver Guru, is an expert on money, metals and mining....also a lecturer and an author... Mr. Morgan has written Get the Skinny on Silver Investing, available on Amazon.com. His website is TheMorganReport.com Today he brings an esteemed colleague of his to the show, Paul Mladjenovic. Mr. Mladjenovic is a Certified Financial Planner, writer, speaker and author of Stock Investing for Dummies as well as other books.

Syria Without Russia Will Go It Alone - SyrianGirl

Syrian Government needs to consider everything including Russia getting distracted. Also the Annan plan is meaningless. Source
Posted by Angelo Agathangelou at 8:17 pm No comments: Links to this post

The Palestinian Return Centre (PRC) will commemorate international refugee day by hosting a number of events across Europe. The events will commence in the UK on 18 June and end in Geneva 22 June. International Refugee Day is an annual event launched by the United Nations to highlight the plight of millions of refugees worldwide who are forced to flee their homes. Palestinian refugees comprise of the largest and longest standing case of refugees and displaced persons in modern history.

"Elektable" is a short fictional film about Ron Paul and the amazing political revolution he has inspired. The movie explores truth in the media and how it secretly holds a deep affection for Dr. Paul.On a more serious note, Ron Paul still has a chance to win the GOP nomination. This will only happen if a majority of Americans realize that he is the true champion of the people. No amount of money and blatant blackouts can deny Dr. Paul the nomination if enough people get behind him and his message. Source

Posted by Angelo Agathangelou at 2:37 pm No comments: Links to this post

Michael Spencer
Could Michael Spencer NOT have been aware of LIBOR manipulation?
Talking to a close friend last night, we laid a bet on how long it would take to wind up the Banker pr machine in order to start salting the media ground with ‘don’t bash bankers’  bollocks. I said (from yesterday) 72 hours. He thought five days. Already this morning, he’s lost. I’ve counted five already, and as you might expect, the Torygraph has two of them. The first of these by Robert Watts is standard issue stuff, and not likely to increase the collar-temperature too much. But Iain Martin in his piece sums up the Westminster hypocrisy to a tee. As I blogged last week, when the political dimension of LIBOR starts leaking out, then we really shall see some fun and games.
And in other predictable developments: there will be an enquiry which the Tories think should be private, and the Ed Miller Band think should be public. Be careful what you wish for, Ed. Cameron has said Barclays has questions to answer. Osborne says it’s a disgrace. And the perpetrator is still in his job. In an otherwise very good piece, Ian Martin said LIBOR crooks ‘are only a tiny minority’. Ah yes, the tiny minority ploy again. The Wannsee headcases of 1942 were a  tiny minority of the Nazi Party too, so I’m told.
Read more »
Posted by Angelo Agathangelou at 11:51 am No comments: Links to this post

It took about a year, but finally Germany, with a little assistance from Merkel on Friday morning, has figured it out. And is now blasting it on the front pages of its various newpapers:

Europe is coming for our money!

Read more »
Posted by Angelo Agathangelou at 10:22 am No comments: Links to this post

A Look at The Greater Good - Questioning government vaccination policies

Darrin Mcbreen talks with Leslie Manookian, writer and producer of the award winning film The Greater Good, a documentary that questions government vaccination policies. The film re-frames this emotionally charged issue and offers, for the first time, the opportunity for a rational and scientific discussion on how to create a safer and more effective vaccine program. Source
Posted by Angelo Agathangelou at 10:13 am No comments: Links to this post

Peter Mertens, leader of the Workers' Party of Belgium, believes the Eurozone debt crisis is pushing member states towards "a very large number of social conflicts." Mertens told RT that Europe faces three alternatives - saving the euro with "authoritarian measures by taking national sovereignty overnight to the European level", breaking up into "two, three or four Europes", or adopting a socialist model, "where banking system is public, where energy system is public, where there is democracy." He believes Europe needs radical changes to its financial sector. Source
Posted by Angelo Agathangelou at 8:30 am No comments: Links to this post

Fact 1: There Is No Law in the US Anymore
Fact 2: Obamacare Is an Admission That All Previous Government Healthcare Programs Have Failed
Fact 3: Cost of Already Doubled from Initial Estimates
Fact 4: 70%+ of Healthcare Issues Results from Individual Choice
Fact 5: The Inability to Discriminate on Pre-Existing Conditions is an Essential Driver of Healthcare Costs
Fact 6: The Fines for Noncompliance Are Destined to Rise Enormously Source

Posted by Angelo Agathangelou at 1:48 am No comments: Links to this post

Submitted by Tyler Durden: Courtesy of the author, we present to our readers the following excerpt from Dark Pools: High-Speed Traders, AI Bandits, and the Threat to the Global Financial System, by Scott Patterson, author of The Quants.
In early December 2009, Haim Bodek finally solved the riddle of the stock-trading problem that was killing Trading Machines, the high-frequency firm he’d help launch in 2007. The former Goldman Sachs and UBS trader was attending a party in New York City sponsored by a computer-driven trading venue. He’d been complaining for months to the venue about all the bad trades—the runaway prices, the fees—that were bleeding his firm dry. But he’d gotten little help.
At the bar, he cornered a representative of the firm and pushed for answers. The rep asked Bodek what order types he’d been using to buy and sell stocks. Bodek told him Trading Machines used limit orders.
The rep smirked and took a sip of his drink. “You can’t use those,” he told Bodek.
“Why not?”
“You have to use other orders. Those limit orders are going to get run over.”
“But that’s what everyone uses,” Bodek said, incredulous. “That’s what Schwab uses.”
“I know. You shouldn’t.” 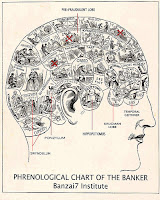 So the big lesson is simple: trust those who work in the tradition of Walter Bagehot, Hyman Minsky, and Charles Kindleberger. That means trusting economists like Paul Krugman, Paul Romer, Gary Gorton, Carmen Reinhart, Ken Rogoff, Raghuram Rajan, Larry Summers, Barry Eichengreen, Olivier Blanchard, and their peers. Just as they got the recent past right, so they are the ones most likely to get the distribution of possible futures right.

Larry Summers? If we’re going to base our economic policy on trusting in Larry Summers, should we not reappoint Greenspan as Fed Chairman? Or — better yet — appoint Charles Ponzi as head of the SEC? Or a fox to guard the henhouse? Or a tax cheat as Treasury Secretary? Or a war criminal as a peace ambassador? (Yes — reality is more surreal than anything I could imagine). 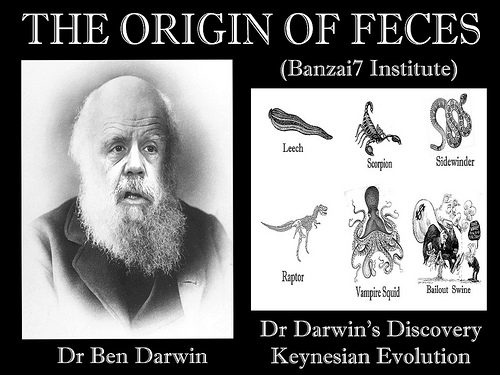 The bigger point though, as Steve Keen and Randall Wray have alluded to, is that DeLong’s list is the left-wing of the neoclassical school of economics — all the same people who (to a greater or lesser extent) believed that we were in a Great Moderation, and that thanks to the wonders of modernity we had escaped the old world of depressions and mass unemployment. People to whom this depression — judging by their pre-2008 output — was something of a surprise.
Now the left-wing neoclassicists may have done less badly than the right-wing neoclassicists Fama, Cochrane and Greenspan, but that’s not saying much.
Read more »
Posted by Angelo Agathangelou at 12:50 am No comments: Links to this post

Here is the formal statement I gave to Police on 16 June, 2012: On a trip to visit family in Seoul in April, I was approached by a man and a woman who claimed to be North Korean defectors. They requested a meeting the following day to hand over a film that needed to be translated, and I agreed to meet with them. They presented me with a DVD disc that recently came into their possession via the recent arrival of a defector into their group. They asked me to translate the film and "make sure the world saw it" and an agreement was made to protect their identities (and mine). Despite my concerns about what I was viewing when I returned home, I proceeded to translate and post the film on You Tube because of the film's extraordinary content. I have made public my belief that this film was never intended for a domestic audience in the DPRK. Instead, I believe the 'defectors' specifically targeted me because of my reputation as a translator and interpreter. Furthermore, I now believe these people work for the DPRK. The fact that I have continued to translate and post the film in spite of this belief does not make me complicit in their intention to spread their ideology. I chose to keep posting this film because - regardless of who made it - I believe people should see it for the issues it raises, and I stand by my right to keep sharing and discussing this film. Sabine Parts 1 to 5>
Read more »
Posted by Angelo Agathangelou at 12:00 am No comments: Links to this post