Gold May Have Been Manipulated Like Libor: Expert - Ned Naylor-Leyland

Posted by Angelo Agathangelou at 10:26 pm Links to this post

Satan Rules This World! + Would we be better off with no government at all? - Jake Diliberto vs Stefan Molyneux, Conservatism vs Anarchism


Read more »
Posted by Angelo Agathangelou at 10:19 pm No comments: Links to this post

Has Africa made it to the list of US geopolitical priorities? Why is the US military expanding its secret intelligence operations in Africa? What is behind the growth of AFRICOM? Why is the US training and equipping militaries in a number of African states? Is it a price to pay for peace and order in Africa? Or is it just about the protection and promotion of American interests at the expense of Africa's search for stability? CrossTalking with Ivan Eland, Peter Pham and James Mittleman on July 9. Source
Posted by Angelo Agathangelou at 5:25 pm No comments: Links to this post Precious metals such as gold have wide use in electronics because they are efficient conductors of electricity. Gold doesn't corrode, thus providing for uninterrupted supply of current and voltage in connectors, circuits, connecting wires, etc.

Experts from the Bonn-based United Nations University provided a financial estimate that the 'urban mining' of e-waste could generate: $21 billion each year ($16 billion in gold and $5 billion in silver). There is more. At present, barely 15% of these precious metals are recovered from the e-waste.

By Madison Ruppert:
On an interview with Germany’s ARD television channel aired today but originally filmed on July 5, Syrian President Bashar al-Assad stated that the United States is now “part of the conflict” in Syria in funding and protecting the armed opposition forces which are, by all definitions, terrorists.
This is far from the first time this accusation has been made by Syrian officials. However, on June 21, 2012, the accusation was confirmed by anonymous American officials and Arab Intelligence officers cited by the New York Times.
In the interview Assad condemned the NATO-backed regime change in Libya saying, “Describing what happened to al Gadhafi, this is savage, this is crime.”
Unsurprisingly, the Associated Press inserts their revisionist history claiming, “rebels helped by NATO air strikes toppled the regime,” in Libya and that, “Libyan leader Muammar Gadhafi was killed while fleeing advancing opposition fighters.”
In reality, we now know that the rebels had Qatari forces training them and planning their operations for them, that Western forces were on the ground, and that the real story of Gaddafi’s death is far from certain.
According to Assad, the United States is currently partnering with those “terrorists … with weapons, money or public and political support at the United Nations.”
“They offer the umbrella and political support to those gangs to … destabilize Syria,” he added.
Read more »
Posted by Angelo Agathangelou at 12:49 pm No comments: Links to this post

It Ain't Priced In - A Thought on China - Bruce Krasting 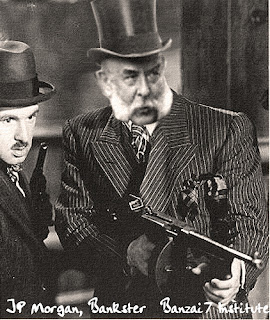 By Bruce Krasting: I had an e-mail exchange with an old fried who now works for a large macro hedge fund up in Greenwich. The broad topic was the very long list of signs that the global economy is hitting the skids. He had this to say:

…certainly does not point to robust job growth…manufacturing activity globally really falling sharply..think weakness in Europe spilling over to those who export to the region..retail sales in Europe plunging…China growth may now be down to 3% in our view…U.S. q2 may be sub 1.5%..Europe- contraction…Brazil sub 3%...Australia slowing sharply...

I almost fell of the chair reading this. Say this group is right about China. What does it mean if its growth rate falls to 3%? A very hard landing for all manner of things, is the answer.

There have been many China bears the past year or so, but against these bearish views there has been a widespread belief that China will muddle through. My point is that China GDP = 3% is absolutely not priced into today’s market.
Read more »
Posted by Angelo Agathangelou at 12:38 pm No comments: Links to this post

Obama, Assange and the President of Eritrea

Press TV's Afshin Rattansi has virtually traveled to Washington D.C. to ask 'real questions' from the US President Barack Obama. Source
Posted by Angelo Agathangelou at 9:44 am No comments: Links to this post

Banking Cartel Set to Use Military Against Americans for Final Showdown!

Alex breaks down the banking cartels final assault against the american people, in what will become the 2nd American revolution! Source
Posted by Angelo Agathangelou at 9:30 am No comments: Links to this post

Submitted by Tyler Durden: In an extended interview with Bloomberg TV, Nouriel Roubini lives up to his doom-saying reputation and goes where few have as he opines on Lieborgate that: "bankers are greedy and have been for 1000 years" and "nothing is going to change" unless there are criminal sanctions; to which he follows up - briefly silencing the interviewer, "If some people end up in jail, maybe that will teach a lesson to somebody - or somebody will hang in the streets". The professor goes on to note that the EU "summit was a failure" since markets were expecting much more and warns that without full debt mutualization, debt monetization by the ECB, or a quadrupling of the EFSF/ESM 'bazooka'; Italian and Spanish spreads will continue to blow out day after day - leading to a crisis "not in six months but in two weeks". The only entity capable of stopping this is the ECB which needs to do outright unsterilized monetization in unlimited amounts which is 'politically incorrect' to talk about and claimed to be constitutionally illegal. 2013 will be a very difficult year to find shelter as policy-makers ability to kick-the-can runs out of steam as he sees the possibility of a 'Global Perfect Storm' of a euro-zone collapse, a US double-dip, a China & EM hard-landing, and a war in the Middle East. Dr. Doom is back.
Must watch 9 minutes of reality: