For Investors and Customers, PFG is MF Global all Over Again...

More than $200 million in customer money is allegedly missing from the accounts of one of the largest, non-clearing, US futures commission merchants, PFG Best. That's according to regulators. The money was supposed to be in segregated customer accounts. Customers have been told their money is frozen. Does this sound oddly familiar? We will hear from two PFG Best customers, Christopher Olson and Mohamed Hawary.
And there is evidence PFG Best may have been committing fraud with falsified statements for years, according to regulators. The FBI is investigating, the CFTC is alleging fraud, but why did regulators miss this? We'll talk about what this shortfall means for investor confidence when a regulated broker can get away with this undetected for years.

Exclusive (Banned in the UK) interview with Syrian parliament Speaker

Syria's parliament speaker has criticized Turkey, Saudi Arabia and Qatar for fueling the unrest in his country by supporting armed groups fighting against the government. "Working for the U.S.A." Source
Posted by Angelo Agathangelou at 10:44 pm No comments: Links to this post 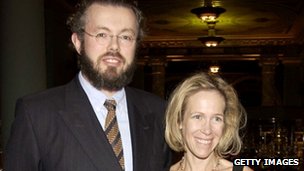 One of the UK's richest women has been found dead in west London, Scotland Yard has confirmed.
The body of US national Eva Rausing, 48, a member of the family behind the Tetra-Pak cartons empire, was found at Cadogan Place, Belgravia.
The death is being treated as unexplained.
A 49-year-old man has been arrested in connection with the woman's death and on suspicion of possession of drugs, the Metropolitan Police said.
A spokesman said he was no longer at a police station and was currently receiving medical attention.
In a statement, her family described her as a "devoted wife for 20 years and mother of four much loved and wonderful children".
Read more »
Posted by Angelo Agathangelou at 10:32 pm No comments: Links to this post

Max Keiser and co-host, Stacy Herbert, discuss bankers robbing Central Banks and governments because that's where the credit is and the modern Central Bank robbing banker uses his Tommy gun of choice - the derivative (along with the occasional 'accidental transfer'). In the second half of the show Max talks to Ellen Brown about the European Stability Mechanism as a permanent bailout fund for the rich. Source
Posted by Angelo Agathangelou at 9:31 pm No comments: Links to this post

This may be the most frightening article I have read in 2012 and that is saying a lot.  Courtesy of an anonymous author posting at Gizmodo, we find out about the CIA’s latest investment, The Genia Photonics’ Picosecond Programmable Laser scanner.  What’s that you ask?  Well let’s go to some quotes from the article to find out.
Within the next year or two, the U.S. Department of Homeland Security will instantly know everything about your body, clothes, and luggage with a new laser-based molecular scanner fired from 50 meters away. From traces of drugs or gun powder on your clothes to what you had for breakfast to the adrenaline level in your body—agents will be able to get any information they want without even touching you. And without you knowing it.
So not only can they scan everyone. They would be able to do it everywhere: the subway, a traffic light, sports events… everywhere.
Read more »
Posted by Angelo Agathangelou at 9:19 pm No comments: Links to this post

Where Was Auditor PwC When Its Client Barclays Gamed Libor?

By Francine McKenna: Explaining its $450 million settlement with U.S. and U.K. regulators, Barclays said it had "inadequate" controls and "had not anticipated the increased risk around the Libor process." Auditor PricewaterhouseCoopers has been negligent in its duties as well.
PwC agreed to the most minimal disclosure of Barclays' potential settlement in the annual report released in March. Barclays "attempted to manipulate and made false reports concerning both benchmark interest rates to benefit the bank's derivatives trading positions by either increasing its profits or minimizing its losses," according to the Commodity Futures Trading Commission. PricewaterhouseCoopers missed, or maybe looked the other way at conduct that was "regular and pervasive."
Read more »
Posted by Angelo Agathangelou at 6:09 pm No comments: Links to this post

• Routinely bribed doctors with luxury vacations and paid speaking gigs
• Fabricated drug safety data and lied to the FDA
• Defrauded Medicare and Medicaid out of billions
• Deceived regulators about the effectiveness of its drugs
• Relied on its deceptive practices to earn billions of dollars selling potentially dangerous drugs to unsuspecting consumers and medical patients
Read more »
Posted by Angelo Agathangelou at 2:02 pm No comments: Links to this post 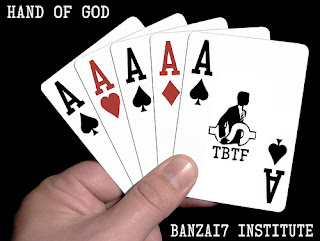 Who Are The Biggest Manipulators of All?

by WashingtonsBlog: People are justifiably furious over the big banks’ manipulation of hundreds of trillions of dollars of assets.  This violates the banks’ most central function: loaning money based upon the going rate.
Indeed, the Libor manipulation is so serious that even mainstream economists are starting to call for heads to roll.
The Bank of England and Federal Reserve’s encouragement of Libor manipulation is not an isolated incident.  Rather than being an aberration, it is their central effort.
Indeed, the big banks are rank amateurs when it comes to manipulating interest rates. Central banks have been manipulating rates in very substantial ways for a hundred years or more.
David Zervos – Managing Director and Chief Market Strategist for  Jefferies, with $3 billion under management – points out:

Central bankers try to influence rates directly and indirectly EVERY day. That is their job. From the NYFED website this is description of the monetary policy objective –


“the directive for implementation of U.S. monetary policy from the FOMC to the Federal Reserve Bank of New York states that the trading desk should “create conditions in reserve markets” that will encourage fed funds to trade at a particular level. Fed open market operations change the supply of reserve balances in the system, and by affecting the supply of balances, the Fed can create upward or downward pressure on the fed funds rate.” 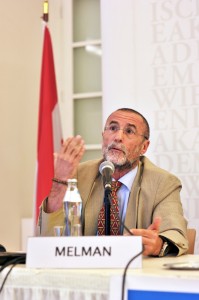 By Madison Ruppert: The fact that Israel is in one way or another involved with the assassination of Iranian nuclear scientists is hardly debatable now that U.S. officials have confirmed it, Israeli leaders have hinted at it, Israeli leaders have openly supported it and even relatively well known Americans have openly supported terrorism targeting the imaginary Iranian nuclear program.
In a new book released today, June 9, 2012, called Spies Against Armageddon: Inside Israel’s Secret Wars, by CBS News correspondent Dan Raviv and Haaretz reporter Yossi Melman, a somewhat different version was laid out which contradicts the anonymous statements of U.S. officials mentioned above.
According to Raviv and Melman, the operations were not carried out by Mossad-trained MEK terrorists as was previously asserted.
Instead, they claim that the operations are far too sensitive and thus are restricted solely to Israeli operatives.
“They [the Israelis] don’t farm out a mission that is that sensitive,” Raviv said. Raviv alleges that these operations are so sensitive that they actually require the Prime Minister of Israel, Benjamin Netanyahu, to personally sign off on them.
“They might use dissidents for assistance or logistics but not the hit itself. The methodology and training and use of motorcycles is all out of the Mossad playbook. They wouldn’t trust anybody else to do it,” he added in an interview with Fox News.
Read more »
Posted by Angelo Agathangelou at 8:00 am No comments: Links to this post

Waiting for the Godot Particle. This civilisation's grand quest for ultimate meaning has taken a giant leap towards its epic conclusion. In the latest prequel to humanity's journey to inner-space, scientists at the CERN laboratory announce that they have unlocked one of the key strands in the origin of Life, The Universe and Everything: 42 years on from its coining, the Higgs Boson particle has possibly been detected at the Large Hadron Collider. So what does it all mean? How does it feel to meet our Massters? Is this the font of all wisdom? Does it anti-matter that Scientists make use of 'ComicSans', the font of all evil? Is anyone conCERNed about the MASS amount of Higgslarious Pun-upmanship Colliding in the twittersphere? Join Robert Foster as he takes a journalistic journey into this particular world, and meets a colourful character, Professor Scott Ridley, a scientist from CERN laboratories. Get your Boson! Source
Posted by Angelo Agathangelou at 3:44 am No comments: Links to this post

Submitted by Tyler Durden: Remember when the entire segregated account fiasco was supposedly fixed in the aftermath of the November 2011 MF Global bankruptcy, and where regulators: the CFTC, the SEC, the CME, and anyone you asked, swore up and down this would never happen again? Turns out that 7 months later, the spirit of MFG has struck again, only this time with one letter switched: it is now known as PFG, as we suggested first 3 hours ago when we broke the story. From the just filed affidavit by Lauren Brinati who is working with the National Futures Association, which in turn has just filed notice prohibiting PFGBest from operating further, and freezing all of its accounts:
Translation: another $220 million segregated account pillage has just taken place, in the vein of none other than Jon Corzine and MF Global.
The money has now officially vaporized.
Read more »
Posted by Angelo Agathangelou at 1:32 am No comments: Links to this post

Bank of England Governor Paul Tucker faced UK lawmakers over the Barclays LIBOR scandal today. He said that the memo documenting his 2008 phone call to Barclays' CEO about the manipulation of Libor was misunderstood. Meanwhile, rumors circulate that the Barclays board may be trying to separate bank's investment-banking business. The Sunday Times reported the story, but it has been refuted in other press reports, too. Simon Mikhailovich, Co-Managing Member, Eidesis Capital, talks to us about the role derivatives play in the LIBOR scandal and in enabling bad decisions at systemically dangerous banks.

Read more »
Posted by Angelo Agathangelou at 1:13 am No comments: Links to this post