Marc Faber on a Global Crash, the U.S. Treasury Bubble and China's Slowdown

Another day with record lows for the US Treasury, both the 10-year and the 2-year. Could this be the biggest bubble we have ever seen? We talk to famed investor Dr. Marc Faber, Publisher of the Gloom Boom and Doom Report. He joins us from Agora Financial's symposium in Vancouver.

As the global economic slowdown continues, we ask Marc Faber, Author of "Tomorrow's Gold: Asia's Age of Discovery," about his short-term outlook on China and what the recent low in Chinese steel futures contracts indicates about the economy.
Read more »
Posted by Angelo Agathangelou at 11:53 pm No comments:

Posted by Angelo Agathangelou at 11:39 pm No comments:

Hearings are underway on the case of John Kiriakou, a former CIA official turned whistleblower. He first told the world about waterboarding in secret prisons, but scandals like that might never break again of lawmakers on Capitol Hill have their say. Congress is on a mission to silence journalists from ever publishing classified information and, in fact, want to make doing so a crime under the Espionage Act. Jesselyn Radack, National Security & Human Rights Director of the Government Accountability Project, joins RT's Liz Wahl to explain what that could mean for the freedom of press in America. Source
Posted by Angelo Agathangelou at 10:57 pm No comments:

Max Keiser and co-host, Stacy Herbert, discuss feeding frenzies on Wall Street, drug money laundering in the City and Javier Bardem pays a little visit to the bankers. In the second half of the show, Max talks to comedian, actress, writer and Presidential candidate, Roseanne Barr about the mainstreaming of calls to 'hang bankers' and about ridding our democracies of politicians owned by bankers. Source

Posted by Angelo Agathangelou at 7:15 pm No comments:

A man who was at the Colorado movie theater where a dozen people were killed this morning, says he saw the gunman."As I was sitting down to get my seat, I noticed that a person came up to the front row, the front right, sat down, and as credits were going, it looked like he got a phone call. He went out toward the emergency exit doorway, which I thought was unusual to take a phone call. And it seemed like he probably pried it open, or probably did not let it latch all the way. As soon as the movie started, somebody came in, all black, gas mask, armor, and threw a gas can into the audience, and it went off, and then there were gunshots that took place." Source
Posted by Angelo Agathangelou at 6:27 pm No comments:

By Madison Ruppert:
The future of biometric technology seems quite bright, especially for those who would love to monitor vast swaths of the population with considerable ease.
With iris scanning, centralized databases, groundbreaking drone technology including unbelievable camera technology, mind-bendingly fast facial recognition, three dimensional facial recognition modeling, remote biometrics, behavioral recognition, and threat assessments, there is little room for privacy these days.
Until recently, one might have claimed that the human mind was one of those last bastions of privacy, but that will be shattered as well thanks to mind-reading helmets.
One might have thought that feet would have been safe as well but that clearly is not the case any longer either.
A new discipline has emerged called pedo-biometrics and with it, even more privacy considerations will undoubtedly be cast aside in the name of progress.
One of the major centers of this research is Carnegie Mellon University, where researchers are working in a new Pedo-Biometrics Research and Identity Automation Lab – which costs a whopping $1.5 million in funds per year – along with a company called Autonomous ID.
Autonomous ID is currently moving their operations from Ottawa, Canada to the United States in order to conduct testing on prototypes for their insole sensory systems.
This system, when ready, can be used in a wide variety of applications ranging from the diagnosis of certain diseases as serious as Parkinson’s to security and identification.
Read more »
Posted by Angelo Agathangelou at 6:03 pm

Egypt is allowing Palestinians free entry to its territory in a landmark move ending part of a longtime blockade on Gaza. It was imposed by Israel with the help of Egypt five years ago, after Hamas took control of the Palestinian territory. But with a president from the Muslim Brotherhood now leading Egypt, the move is widely seen as a friendly gesture to Hamas - an offshoot of the Brotherhood, which operates independently.  Source
Posted by Angelo Agathangelou at 2:48 pm No comments: 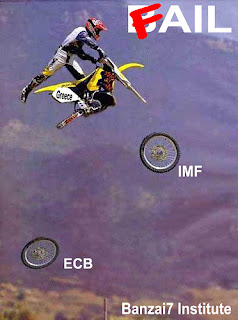 "Hear Me Now, Believe Me Later," was the title of two separate and prescient pieces penned by Pomboy, an economist and founder of the MacroMavens research boutique. One, published in March 2006, foretold the disastrous costs of the housing bubble. The second, somewhat later, laid out the consequences of the bubble's "financial echo." Today, Pomboy predicts something more draconian: the demise of fiat money—currencies that aren't backed by anything other than government decrees that they have value.
We checked in with her last week, as central banks around the globe weighed more easing and as Fed chief Ben Bernanke described to Congress the headwinds facing the U.S. economy, including the automatic tax increases and spending cuts set for year end, called the "fiscal cliff." With the Fed being the biggest buyer of Treasuries, Pomboy thinks the 40-year-old fiat system will crack within five years.
Barron's : What don't investors anticipate today?
Pomboy: That the Fed will be a presence in the Treasury market for a long, long, long time. Some believe that, with another round of quantitative easing, we move forward, emerge from the morass, and the need for further intervention will dissipate. But the Fed is really the only natural buyer of Treasuries anymore. It will have to continue to monetize Treasury issuance at the same time all the other major developed economies—from the Bank of Japan to the Bank of England to the European Central Bank—are doing the same. Pursue that to its natural conclusion, and you see the inevitable demise of fiat money.

‘NewERA’ takes on the mighty South African banks "They break the law on a daily basis!"

CAPE TOWN - In what certainly has the hallmarks of a David vs Goliath battle, SA’s four biggest banks and the Reserve Bank have been served with summons to defend themselves against allegations of unconstitutional banking practices.
The papers were served by the sheriff of the court on behalf of the plaintiff, a non-governmental and not for profit organisation, New Economic Rights Alliance (NewERA).
NewERA is asking the High Court to declare SA’s money lending system fraudulent and unconstitutional. The system of loans and credit advancements is an “unfair, self-serving, monopolistic, economic activit[y] that [results in] arbitrary deprivation of property, monetary depreciation and inappropriate conduct,” court papers allege.
According to Scott Colin Cundill, director of NewERA, the action is not financially motivated. “We are not suing for money. We are asking the court to suspend all legal action between the banks and SA citizens, until a full investigation has been undertaken into our banking system.”
FNB, Standard Bank, Absa and Nedbank confirmed receipt of the summons. While Nedbank was still studying the summons, FNB, Absa and Standard Bank confirmed that the matter will be fully defended.
The banks are expected to retain the best legal minds in the country. At the moment Cundill is making use of a legal advisor but will argue the application himself.
Read more »
Posted by Angelo Agathangelou at 9:41 am No comments:

Submitted by Tyler Durden: There was a time when regulators caught red-handed abusing their privileges, aka, doing nothing in the face of glaring malfeasance, would quietly fade away only to even more quietly reappear, sans press release, as a third general counsel or some other C-grade menial role paying a minimum 6 figure compensation to the individual for years of doing nothing. This is no longer the case: it appears that the best such exposed "regulators" can hope for going forward is to get media positions. Such is the case with John Ewan. Who is John Ewan? None other than the director "responsible for the management of the setting of Libor" at the British Bankers' Association. In other words, the man whom The Sun of all non-captured publications (oddly enough, tabloids sometimes have more journalistic integrity than Reuters and the FT as we will shortly find) has dubbed Mr. Libor. The Sun continues: "In a staggering profile on the internet Mr Ewan reveals he joined the BBA in 2005 to “put Libor on a secure commercial footing”. That year Barclays traders began fiddling the figures they submitted for the Libor calculations. On the LinkedIn networking site Mr Ewan boasts of generating a “tenfold” increase in revenue from licensing out the Libor rate." He adds: “I introduced new products and obtained EU, US and Japanese trademarks for BBA Libor. "I successfully negotiated contracts with derivatives exchanges and all of the major data vendors." Well, in the aftermath of Lieborgate surely Ewan is going to someone receptive to his permissive and highly profitable tactics over the years, such as Barclays. Actually no: instead of a bank, the only place that is willing to accept Ewan is media conglomerate Reuters. And not just as anyone: "Thomson Reuters confirmed that Ewan has joined the company as head of business development for its fixing and benchmark business." We wonder how much revenue Mr. Ewan generated for Reuters?
Read more »
Posted by Angelo Agathangelou at 8:33 am No comments: 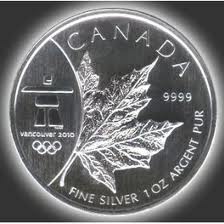 Everyone stay calm and step slowly away from your Phone or Computer! Check that your fingers haven't already fallen off! Beware of TOXIC SILVER!

by The Doc: A Sweedish research team has released a propaganda hit piece on silver titled Silver: A Toxic Threat to Our Health and Environment, and urges municipalities, governments, and the EU to take action by banning silver products, and consumers to actively avoid any product containing dangerous silver.

As the ‘research’ team made zero disclosures regarding the funding of the study, we have sent an official inquiry to the authors requesting clarification as to if the study was funded by Pfizer, Merck, AstraZeneca, or JP Morgan.

The ‘research’ claims silver is toxic to all living cells

Read more »
Posted by Angelo Agathangelou at 3:29 am No comments:

Public anger over the financial crisis is wrong and must not lead Britain to “hang bankers at the end of the street,” Tony Blair says today. (A. Bankster shill Blair gets $6,000,000 per year from JP Morgan alone after helping their friends rape Iraq, Libya etc.) 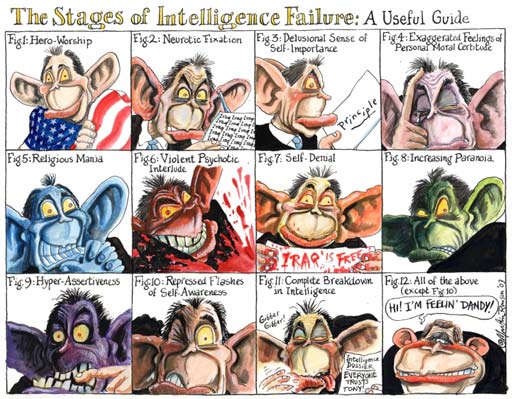 By James Kirkup: In an interview with The Daily Telegraph, the former prime minister launches a defence of the free market and liberal economic rules established by the Thatcher government.
The approach promoted by Baroness Thatcher’s government is not to blame for the recent financial and economic crisis, Mr Blair says, warning against taking vengeance on bankers and increasing State intervention in the private sector.
We must not start thinking that society will be better off “if we hang 20 bankers at the end of the street”, Mr Blair says.

Read more »
Posted by Angelo Agathangelou at 2:34 am 1 comment: