Shhhh…It’s Even Worse Than The Great Depression

MARK MCHUGH: According to Wikipedia, Narcissistic personality disorder (NPD) affects one percent of the population and has little to do with looking at yourself in the mirror.  It has a lot to do with unrealistic fantasies of success, power and intelligence.   Some NPD sufferers become cult leaders or mass murderers, the rest become  economists and policy-makers.   Despite having a highly elevated sense of self-worth,  narcissists have fragile self-esteem and  handle criticism unpredictably, so let’s keep this to ourselves….
Velocity of money is the  frequency with which a unit of money is spent on new goods and services.   It is a far better indicator of economic activity than GDP, consumer prices, the stock market, or sales of men’s underwear (which Greenspan was fond of ogling).  In a healthy economy, the same dollar is collected as payment and subsequently spent many times over.  In a depression, the velocity of money goes catatonic.  Velocity of money is calculated by simply dividing GDP by a given money supply.  This VoM chart using monetary base  should end any discussion of what ”this” is and whether or not anybody should be using the word “recovery” with a straight face:

In just four short years, our “enlightened” policy-makers have slowed money velocity to depths never seen in the Great Depression.  Hard to believe, but the guy who made a career out of Monday-morning quarterbacking the Great Depression has already proven himself a bigger idiot than all of his predecessors (and in less than half the time!!).
Read more »
Posted by Angelo Agathangelou at 11:40 pm No comments: Links to this post

77 Reasons Every American Should Wish Ron Paul a Happy Birthday

By Michael Luciano: Monday is Ron Paul's 77th birthday. The retiring Texas congressman has had a long career as America's most ideologically consistent politician. Love him or hate him, he always speaks his mind, and refuses to pander to the crowd. To celebrate his birthday, here are 77 reasons why Ron Paul kicks ass.

2. He doesn't care what the legal driving age is.

Ron Paul supporter Owns RomneyRyan.com, Willing to Sell to the highest bidder. www.RomneyRyan.com
Posted by Angelo Agathangelou at 10:16 pm No comments: Links to this post

"Zionist Western Media" shields banksters and petrol-whores: 32 people have been arrested in Libya in connection with recent bomb attacks in the capital. All those detained are said to belong to a network of loyalists of the country's former leader Muammar Gaddafi and have reportedly been receiving financial backing from abroad. RT talks to political analyst and Middle East consultant Peter Eyre. Source
Posted by Angelo Agathangelou at 6:11 pm No comments: Links to this post

Welcome back to Civilization: "So Simple A Greekman Can Do It"? 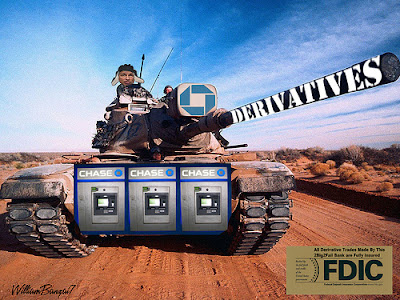 Submitted by Tyler Durden, (art by banzai7): Around 1000 people per day are still losing their jobs in Greece with the percentage of the population not working now uncomfortably larger than those who are employed. This is creating drastic - or perhaps more aptly philosophical - reflections by its people. As the BBC reports, the feeling in Greece is that a "whole generation is on hold" and there is a growing trend towards the creation self-sustaining eco-communities - free of the ties of money and modern civilization. "What others saw as a global economic crisis, [Greeks] saw as a crisis of civilization" and so they are trying something different, growing their own food, bartering with one another, and exchanging surpluses with other villages. The community calls itself "Free and Real" - an acronym for Freedom of Resources for Everyone, Respect, Equality, Awareness and Learning - and it is growing as a stunning 76% of Greeks would like to emigrate. The positivist angle notes that the Greek crisis is not all bad as it shows the lives we are leading are not working and Greeks can "begin to look for alternatives." Everyone is stressed; but "Being able to work is a basic human right in a civilized society, if the government won't provide us with it then we will have to fight for it." Source

Posted by Angelo Agathangelou at 3:43 pm No comments: Links to this post

Preparing for The Apocalypse - Mike Adams with John B. Wells "This economic crisis is nothing but a bloody fabrication!"

"Freedom is having your genitals grabbed by the TSA!" The latest news, including the recent Freedom of Information Act request revealing the Department of Homeland Security retaining files on Infowars stories and user comments. Mike also welcomes guest John B. Wells. Mr. Wells is a frequent guest on the Alex Jones Show and a longtime professional announcer who has hosted Saturday evenings on Coast-to-Coast AM, a North American late-night radio talk show, since January of 2012. He'll be talking to Mike about his own personal awakening, the economic collapse and its repercussions and how to prepare for what's to come. Mike also covers other major news items and takes your calls. Source
Posted by Angelo Agathangelou at 2:37 pm No comments: Links to this post

Hungary: Standing Up to the West and 'Shill Western Lamestream Media'

Since the fall of Communism, Hungary has been doing everything the Western institutions have asked, privatizing and selling off state assets, which resulted in heavy debts and low living standards. Now, the new government is hitting back by raising taxes on foreign companies and trying to protect its domestic market. However, it has been criticized by the EU, IMF and the Western 'lamestream' media. Hungarians have also taken to the streets of Budapest and the Western 'lamestream' media is championing the views of the protesters and damning the government in a very creepy and self serving way. INFocus tell the real story of why the new Hungarian government is becoming a new bogeyman of the West and how fake protests can be started under foreign influence. Source
Posted by Angelo Agathangelou at 1:51 pm No comments: Links to this post

Three people dressed as Pussy Riot -- one woman and two men -- staged a protest in support of the jailed Russian punk band during a service at Germany's Cologne Cathedral. Source
Posted by Angelo Agathangelou at 12:40 pm No comments: Links to this post

By Madison Ruppert: It is no longer by any means secret that the Syrian opposition terrorist group known as the Free Syrian Army (FSA) is being supported by the governments of the United States, Turkey, Germany and Britain.
Recently, the United States government made it completely legal to donate money to the Syrian opposition. While you can’t go out and buy an AK-47 and mail it to the FSA, you can instead send the same terrorists the money to buy it.
Keep in mind, these are the same individuals who have shown no willingness to give up the chemical weapons belonging to the government of Syrian President Bashar al-Assad if they get their hands on them.
One might also want to take note of the fact that there have been multiple reports claiming that the Syrian military captured military officers from foreign nations and that even mainstream international news sources are now being forced to report the truth about Syria as you can see in the below video:
Now news agencies as large as the United Kingdom’s Sky News and Daily Mail along with the Australian Herald Sun are reporting on the fact that these opposition terrorists are receiving assistance from Western intelligence including the location and movements of regime troops along with their communications.

Global Japan & the Problems with a Debt Jubilee - azizonomics 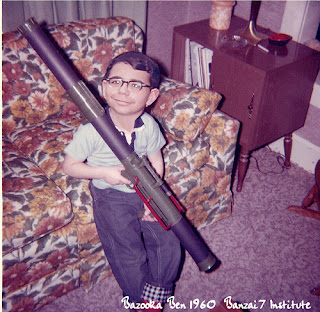 The deleveraging trap is a catch-22; while debt remains excessive, economic activity remains subdued, and while economic activity remains subdued, generating more production than consumption to pay down debt is extremely difficult. As we have seen in Japan — where the total debt load remains above where it was 1991 — fundamentals can remain depressed for years or even generations. Certainly, the modern debt jubilee isn’t going to cure the culture that led to the excessive debt. Certainly, it won’t wash away the vampiristic TBTF megabanks who caused the GFC and live today on bailouts and ZIRP. Certainly, it won’t fix our broken political or financial systems where whistleblowers like Assange are locked away and fraudsters like Corzine roam free to start hedge funds. And certainly it won’t wash away the huge mountain of derivatives or shadow intermediation that interconnect the economy in a way that amplifies small shocks into greater crises.
Read more »
Posted by Angelo Agathangelou at 2:53 am No comments: Links to this post

Brass Neck from those who have us by the balls, “A fucking nerve” and "The trio of Brass Bollocks" - The Slog 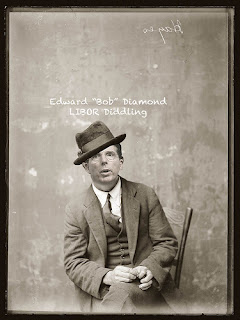 What I suppose American and Aussie Sloggers would call brass balls, over here we call brass neck – or, more informally, “A fucking nerve”. Tonight’s episode of How they’re screwing us over And they don’t Care if we know It takes a selection of news that arrived here in Slogger’s Roost during the day – via email, phone, the MSM, websites, one fairly eminent blogger, and three Sloggers.
First up I think has to be the piece in today’s Daily Telegraph, recording the fact that apparently, Sir Nigel Rudd, a former director of Barclays, has accused the Treasury Select Committee (TSC) of attacking the integrity of Bob Diamond, the bank’s former chief executive. Well now, you see the thing with Robert E. Diamond’s integrity is that it is damned difficult to attack, on the grounds that it is sub-atomic in size, and thus invisible to everything bigger than a God particle.
Read more »
Posted by Angelo Agathangelou at 2:08 am No comments: Links to this post