Customer Deposits Are Property of the Bank: Close Your Account NOW 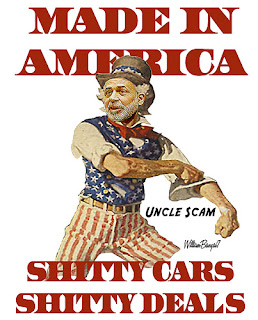 Susanne Posel: In June of 2012, Eric Bloom, former chief executive, and Charles Mosely, head trader of Sentinel Management Group (SMG) were indicted for stealing $500 million in customer secured funds. Both Mosely and Bloom were accused of “exposing” customer segregated funds “to a portfolio of highly risky derivatives.”
These customer funds were used to “back up personal investments” which were part of “collateral for a loan from Bank of New York Mellon” (BNYM). This loan derived from stolen customer monies was “used to purchase millions of dollars worth of high-risk, illiquid securities, including collateralized debt obligations, or CDOs, for a trading portfolio that benefited Sentinel’s officers, including Mosley, Bloom and certain Bloom family members.”
Fast forward to August 9th of 2012, and the 7th Circuit Court of Appeals (CCA) rules that BNYM can be moved to first in line of creditors over the customers that had their funds stolen by SMG.
When a banking customer deposits their money into their bank account, the Federal Deposit Insurance Corporation (FDIC) and Securities Investor Protection Corporation (SPIC) are in place to protect the customer from fraud or theft. The ruling from the CCA means that these regulatory systems will not insure customer funds, investments, depositors and retirees who hold accounts in banks. In fact, the banking institution is now legally allowed to use those customer funds deposited as collateral, payment on debts for loans made, or free use on the stock market to purchase investments as the bank sees fit.
Fred Grede, SMG trustee, explained that brokers are no longer required to keep customer money separate from their own. “It does not bode well for the protection of customer funds.”
Read more »
Posted by Angelo Agathangelou at 11:52 pm No comments: Links to this post

Our Warmongering is Racial and For Assimilation - Morris

Every bombing campaign of NATO is racially targeting people for the purpose of assimilating them. Syria, Libya, Afghanistan, the Tribal areas of Pakistan all have not made assimilation official policy. Source
Posted by Angelo Agathangelou at 10:57 pm No comments: Links to this post

Trading on Thin Air explains the methods used by the financial oligarchy in the past to extract the wealth of the nation and shows how the same strategy is being used today to subvert a movement for conservation and sustainability and harness it in order to create the next big bubble. Source
Posted by Angelo Agathangelou at 10:03 pm No comments: Links to this post

Rumors Abound in Russia: Or Are They Rumors…

While many Russians are not huge believers in God, they do have a huge connection to their church and in Russia, church is The Orthodoxy… 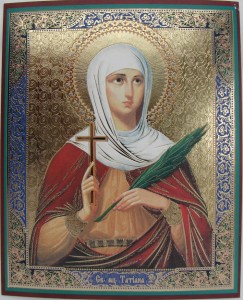 You won’t find a Russian car without her icons and you will find that many Russians carries a icon in pocket. I myself have leaned toward Orthodoxy and have the icons in our car and I carry several icons in my wallet/bag. I guess you could say that I don’t believe in messing with what works…
So what I am going to talk about has to do with the Russian Orthodox Church…
It started as a rumor and has now become literally a fact and after doing days of studying, it has been shown to me that several NGO’s have been behind the shenanigans called Pussy Riot and these NGO’s are American sponsored. To the tune of millions of dollars and that money has been spent to cause issues, because Russia refuses to play Americas little Syria game…
It is called smoke screening and since the Middle East is starting to become a sore spot with Americans, Russia has fallen back into the bad guy limelight. Western Main Stream Media is working overtime and you would have thought when it came to the Pussy Riot situation, that Pussy Riot was sweet little god blessed angles and Putin personally crucified them himself. All in the name of the Devil himself as his sidekick…
Now Russia is responding and the response is what I would expect Russians to do if someone keeps messing with their country… 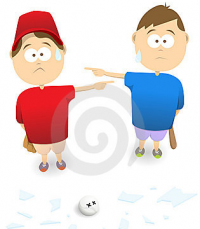 Submitted by Tyler Durden: Originally posted at Reason.com (via Richmond Times-Dispatch), The past several weeks have made one thing crystal-clear: Our country faces unmitigated disaster if the Other Side wins.
No reasonably intelligent person can deny this. All you have to do is look at the way the Other Side has been running its campaign. Instead of focusing on the big issues that are important to the American People, it has fired a relentlessly negative barrage of distortions, misrepresentations, and flat-out lies.
Just look at the Other Side’s latest commercial, which take a perfectly reasonable statement by the candidate for My Side completely out of context to make it seem as if he is saying something nefarious. This just shows you how desperate the Other Side is and how willing it is to mislead the American People.
The Other Side also has been hammering away at My Side to release certain documents that have nothing to do with anything, and making all sorts of outrageous accusations about what might be in them. Meanwhile, the Other Side has stonewalled perfectly reasonable requests to release its own documents that would expose some very embarrassing details if anybody ever found out what was in them. This just shows you what a bunch of hypocrites they are.
Read more »
Posted by Angelo Agathangelou at 8:59 pm No comments: Links to this post

Ecuador is standing by its decision to grant asylum to Wikileaks founder Julian Assange, who's resisting Britain's efforts to extradite him to Sweden to face sex crime claims. In an exclusive interview with RT's Spanish channel, Ecuador's president explains the choice he made, and says what he thinks Britain's motives really are. Source
Posted by Angelo Agathangelou at 5:40 pm No comments: Links to this post

Does the Bank of England Worry About the Cantillon Effect? - azizonomics

Aziz: The empirical data is in. And it turns out that as I have been suggesting for a very long time — yes, shock horror — helicopter dropping cash onto the financial sector does disproportionately favour the rich.
The Guardian:

The richest 10% of households in Britain have seen the value of their assets increase by up to £322,000 as a result of the Bank of England‘s attempts to use electronic money creation to lift the economy out of its deepest post-war slump.
Threadneedle Street said that wealthy families had been the biggest beneficiaries of its £375bn quantitative-easing (QE) programme, under which it has been buying government gilts for cash since early 2009.
The Bank of England calculated that the value of shares and bonds had risen by 26% – or £600bn – as a result of the policy, equivalent to £10,000 for each household in the UK. It added, however, that 40% of the gains went to the richest 5% of households.
Although the Bank said it could not come up with precise figures for the gains from QE, estimates can be produced using wealth distribution data from the Office for National Statistics. These show the average boost to the holdings of financial assets and pensions of the richest 10% of households would have been either £128,000 per household or £322,000 depending on the methodology used.

Here are a few questions for Britain’s monetary overlords at the BoE:
Read more »
Posted by Angelo Agathangelou at 3:36 pm No comments: Links to this post

By James E. Miller: Across the West, instances of abuse of authority by domestic police forces are becoming more prevalent.  Two weeks ago, two police officers in my hometown accosted my brother as he walked back to his car after purchasing a six pack of beer.  The officers, who thought my brother was up to no good because he parked a few blocks from a bar, questioned him for a full half hour.  All the while, they found it necessary to remind him repeatedly that “he was in trouble” and that the situation was “serious.”  After my brother asked numerous times what he had done and if he was under arrest, the two officers finally let him go.  Though he was never charged with a crime, it was implied that he wasn’t free to leave.  During the back-and-forth, one officer claimed that he and his fellow officers kept the town safe through such tactics like assuming everyone is a criminal.  The sad part is, the officer likely believed his own story.
Situations of police arrogance and abuse like this are now commonplace in many Western countries and especially the United States.  After a decade of civil liberties systematically being slaughtered and the rights of foreigners being stripped away in the name of “fighting terrorism,” even the most egregious acts of crushing natural rights hardly draw any outcry from the greater public.
Read more »
Posted by Angelo Agathangelou at 2:17 pm No comments: Links to this post

Posted by Angelo Agathangelou at 12:09 pm No comments: Links to this post

Why the Dam is Finally Breaking on the US Dollar

Maybe Iran wants a bomb. Maybe not.
But blocking it out of the SWIFT system, in other words cutting it off from using the US dollar for its oil trades (among other things) because we suspect it does, simply meant that countries that still want to trade with Iran and which are not beholden to our political whim, have found ways of doing business without a dollar in sight.
That was a reckless decision at best. It opens the door to alternatives... alternatives that Russia, China and India – all major dollar holders – may just like better.
As Doug explains, it may be a step toward a return to a gold-based monetary system, something we've discussed many times in the past.
Watch Doug's illuminating interview with Border Gold's Michael Levy. Source
Posted by Angelo Agathangelou at 10:25 am No comments: Links to this post 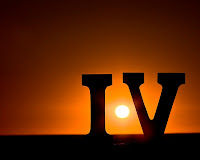 'Right now it is imperative that you be ready for this coming reset because once it happens there will be no "do overs".'

Four years and three months ago I stumbled upon an extensive archive of ten-year-old posts by anonymous writers with names like ANOTHER, FOA and ARISTOTLE. Prior to that momentous stroke of luck, I'd been poring over anything and everything I could find that was attempting to explain a series of events that I found very troubling.
I had already been exposed to personal losses a year earlier due to the reversal of the real estate market which initially caused me to sit up and pay attention. And so I was hyper-aware during a string of alarming events related to sub-prime and its securities in August and September of 2007.
As time wore on I started to take notice of other odd occurrences in the markets. In late 2007 the Canadian dollar suddenly became more valuable than the US dollar… for the first time in 30 years. Then in February of 2008 an entire market collapsed for a specific kind of security that had been marketed to conservative investors as "safe as cash—kind of like money markets but with higher interest rates," cutting little old ladies off from their savings. And then one month later Bear Stearns collapsed.