PRESS CONFERENCE on the threat of CSIRO's GM Wheat "There will be an adverse effect in humans!"

Marc Faber, publisher of the Gloom, Boom & Doom report, talks about Federal Reserve policy and his investment strategy. Faber, speaking with Betty Liu on Bloomberg Television's "In the Loop," also discusses gold prices and the property market. Source
Posted by Angelo Agathangelou at 6:18 pm No comments:

MR Aleppo in a Warzone Sept 14 - Voice Over Only "City being destroyed!"

"Firing RPG's at houses and peoples cars!"
Morris: Constant Battles and FSA reinforcements from Turkey
With no internet now - only a telephone report was possible
Some weapons being given out by Army. People stock piling Food
And a fast maturing of the young population Source
Posted by Angelo Agathangelou at 3:42 pm No comments:

Submitted by Tyler Durden: Ex-Fed Governor Kevin Warsh provided much food for thought during his appearance on CNBC this morning. Over the course of the following clip, he addresses concerns from just how bad the reality of the global economy must have been for Bernanke and his merry men to have gone "all-in" aggressive - reflecting on this as a panic-like reaction during times now where we are not panicking, the ineffectiveness of QE3 "iPhone 5 will do more for the real economy than QE3", fears over how bad this could get as "there is a reason 'exit' is a four-letter word." Warsh notes the paradox of Bernanke "trying to pull a rabbit out of a hat' each time the economy loses control while calling for Washington to do more - as the politicians know "there's not much we need to do, Bernanke has our back." We are not in a panic, we are in a lousy recovery and when asked what he would do, Warsh added that there is a ton Washington can do - and the key difference between him and Bernanke is the ranking of costs and benefits - indeed with WTI already over $100/bbl, the costs are rising.
On Bernanke's exit strategy: "In the history of central banks, getting out is harder than getting in"

Mr. Al-Barq has been on hunger strike for over 90 days, directly following his previous 30-day hunger strike. Mr. Al-Barq was transferred from Ramleh to Ofer military court on 31 July-it is known for their particularly brutal treatment of prisoners during transfers.

During this transfer, the Special Forces ordered Mr. Al-Barq to walk, and when he told them that he could not, they beat him on his legs. They eventually brought him a wheelchair but did not help him, so he was forced to crawl to the chair and wheel it himself.

Read more »
Posted by Angelo Agathangelou at 2:22 pm No comments:

The Obama Administration through the Justice Department has given the Bureau of Alcohol, Tobacco, Firearms and Explosives (ATF) the authority to "seize and administratively forfeit property involved in controlled-substance abuses." In effect: those who are convicted of crimes involving alcohol and/or substance abusers will have their right to bear arms revoked. Source
Posted by Angelo Agathangelou at 1:31 pm No comments:

QE, Zimbabwe, And The Surreptitious 30% Haircut Every Decade 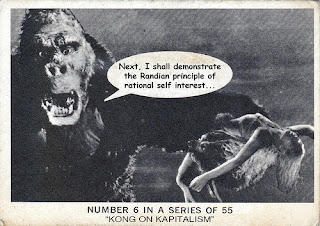 By Wolf Richter: Dizzying QE gobbledygook is upon us once again. It would restart its big 480-volt money printer, in addition to the desktop machine it had been using recently, the Fed said, in order “to help ensure that inflation, over time, is at the rate most consistent with its dual mandate,” namely “maximum employment and price stability.” Thus, more inflation magically creates more jobs, and “price stability” requires more inflation in order to become more ... stable maybe?
The Dallas Fed shed some light on this conundrum. Inflation hounded the Zimbabwean dollar ever since its creation in 1980, when it was worth US$ 1.54. By 1997, when I was in Zimbabwe, the Zim dollar had plummeted to about 10 cents. I’d been traveling solo through Africa by whatever “public transportation” was available. There were days on dirt roads with washed out bridges or no bridges, dry river beds, expressways, rickety railroads, or the sand of the Sahara—and some remaining landmines. By comparison, Zimbabwe was still in decent shape. [That life-changing journey through 24 countries in Africa is subject of a forthcoming book, the third in the series. The first one, Big Like: Cascade into an Odyssey—a “funny-as-hell nonfiction book about wanderlust and traveling abroad,” a reader tweeted—is available now at Amazon.]
But inflation steepened. In 2006, the Reserve Bank of Zimbabwe created the new (second) Zimbabwean dollar by chopping off three zeros. It still wasn’t hyperinflation. Just plain inflation. In March 2007, the Z$ 500,000-note was issued, signaling the official arrival of hyperinflation (more than 50% inflation per month). By 2008, the Zim dollar had become useless for transactions. To keep the country from total collapse, authorities finally allowed transactions to be made in dollars.
In January, 2009, Zimbabwe issued the one-hundred-trillion Zim dollar note, the largest denomination banknote ever. It marked the end of the currency. In February, the Reserve Bank of Zimbabwe—which was still around despite the mayhem it had caused—introduced the fourth Zim dollar, which chopped off 12 zeros. Forget it, the people said, and the currency was abandoned. An ignominious end.

Read more »
Posted by Angelo Agathangelou at 12:51 pm No comments:

Revealed: inside story of US envoy's assassination 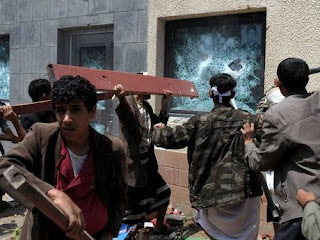 Kim Sengupta: The killings of the US ambassador to Libya and three of his staff were likely to have been the result of a serious and continuing security breach, The Independent can reveal.


American officials believe the attack was planned, but Chris Stevens had been back in the country only a short while and the details of his visit to Benghazi, where he and his staff died, were meant to be confidential.
The US administration is now facing a crisis in Libya. Sensitive documents have gone missing from the consulate in Benghazi and the supposedly secret location of the "safe house" in the city, where the staff had retreated, came under sustained mortar attack. Other such refuges across the country are no longer deemed "safe".
Some of the missing papers from the consulate are said to list names of Libyans who are working with Americans, putting them potentially at risk from extremist groups, while some of the other documents are said to relate to oil contracts.
According to senior diplomatic sources, the US State Department had credible information 48 hours before mobs charged the consulate in Benghazi, and the embassy in Cairo, that American missions may be targeted, but no warnings were given for diplomats to go on high alert and "lockdown", under which movement is severely restricted.
Mr Stevens had been on a visit to Germany, Austria and Sweden and had just returned to Libya when the Benghazi trip took place with the US embassy's security staff deciding that the trip could be undertaken safely.

Read more »
Posted by Angelo Agathangelou at 11:31 am No comments: 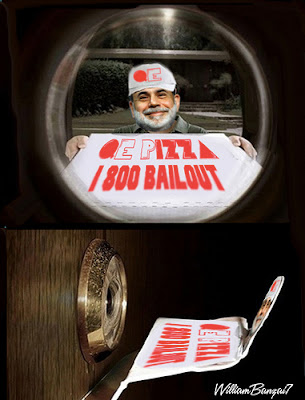 In my previous post Desperation Bazooka Tactics; Gold Soars Following Huge Headfake, I mentioned "This seems like desperation bazooka tactics. Specifically, the Fed is in a panic state over jobs."

I am not the only one to come to that conclusion. Saxo Bank economist Steen Jakobsen sent out a post moments ago, FED Did Panic......


They are now doing 'open ended' bond buying - no finite time or amount...hence this will go down as QE Extreme.

I remain of the view this is final phase...

I'm long stocks, gold, short us dollars next 24-48 hours but ..on the anniversary for LEHMAN... tonight could be the day where FED did too much.

Low yield and monetary policy stopped having an impact two years ago, tonight could be the night where after the rally low rates no longer impact stock and risky asset - the only cheap asset right now is: money ...every time this has been the case in history it has ended in bubble and tears.

Read more »
Posted by Angelo Agathangelou at 10:39 am No comments:

RAY DALIO: There's No Sensible Reason Not To Own Gold

Ray Dalio, one of the most successful hedge fund managers of all time, spoke with CNBC's Maria Bartiromo at the Council on Foreign Relations this morning.
The hedge fund god made some interesting comments on gold.
Here's what we've transcribed from his interview. (emphasis ours)

"Gold is a currency.  Throughout the history, I won't tell you in length, money was like a check in a checkbook and what you would do was get your gold and gold was like a medium.  So gold is one of the currencies-- We have dollars, we have euros, we have yen and we have gold.
And if you get into a situation where there's an alternative in this world, where we're looking at 'What are the alternatives?' and the best alternative becomes clearly one thing, something like gold, there becomes a risk in that.
Now it doesn't have the capacity.  The capacity of moving money into gold in a large number is a extremely limited.  So the players in this world that I have contact with that move that money really don't view gold as an effective alternative, but it could be a barometer and it is an alternative for smaller amounts of money.
Read more »
Posted by Angelo Agathangelou at 9:23 am

Marc Faber on Hedging the Bernanke Put and QE3 with Gold, Land and Equities!

The Fed gave the QE-addicted markets another dose of its stimulus drug today as it announced another securities purchase program. The Fed launched an open-ended program to buy $40 billion in mortgage backed securities each month, a program that will continue until the labor market improves. The Fed also committed to record low interest rates even after the economy strengthens. To what end will the Fed pursue this accommodative stance? In response to this action gold climbed to a six month high. Marc Faber, Gloom Boom and Doom publisher, has said that he will not sell any of his gold as long as people like Ben Bernanke are running the world's central banks. We ask Dr.Faber about his near term outlook for gold, and what he thinks of Ben Bernanke's monetary policy.

Read more »
Posted by Angelo Agathangelou at 2:17 am No comments: