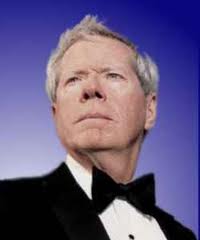 In my last column, “A Culture of Delusion,” I wrote that “Americans live in a matrix of lies. Lies dominate every policy discussion, every political decision.” This column will use two top news stories, Iranian nukes and Julian Assange, to illustrate how lies become “truth.”
The western Presstitute media uses every lie to demonize the Iranian government. On September 28 in a fit of unmitigated ignorance, the UK rag, Mail Online, called the president of Iran a “dictator.” The Iranian presidency is an office filled by popular election, and the authority of the office is subordinate to the ayatollahs. Assange is demonized alternatively as a rapist and a spy.
The western media and the US Congress comprise the two largest whore houses in human history. One of their favorite lies is that the Iranian president, Ahmadinejad, wants to kill all the Jews. Watch this 6 minute, 42 second video of Ahmadinejad’s meeting with Jewish religious leaders. Don’t be put off by the title. Washington Blog is making a joke. http://www.globalresearch.ca/horrifying-graphic-video-of-iranian-leader-savagely-abusing-jews/
Last week the news was dominated by the non-existent but virtually real Iranian nuclear weapons program. The Israeli prime minister, Netanyahu, blatantly intervened in the US presidential election, demanding that Obama specify the “red line” for attacking Iran.
Netanyahu believes his maximum leverage over Obama, the president of the “world’s only superpower,” is just prior to the election. Israel cannot attack Iran on its own without the risk of Israel’s destruction. But Netanyahu reasons that if he attacks Iran the week before the US election, Obama will have to join in or lose the Jewish vote for not supporting Israel in states such as Florida, which has a large Jewish population and many electoral votes. If the election is close, Netanyahu, a person consumed by arrogance and hubris, might exercise his threat and attack Iran, despite the opposition of former chiefs of Israeli intelligence and military, the opposition party, and a majority of the Israeli people.

Leaked e-mails: U.S. government works with Mexican cartels to traffic drugs into the US 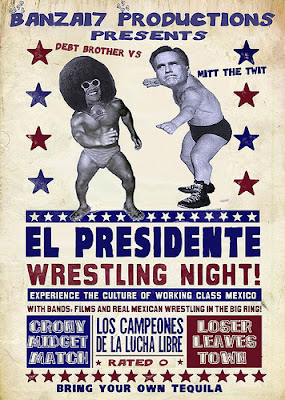 Submitted by Ed Thinking: Leaked emails from the private U.S. security firm Stratfor cite a Mexican diplomat who says the U.S. government works with Mexican cartels to traffic drugs into the United States and has sided with the Sinaloa cartel in an attempt to limit the violence in Mexico.
Many people have doubted the quality of Stratfor's intelligence, but the information from MX1—a Mexican foreign service officer who doubled as a confidential source for Stratfor—seems to corroborate recent claims about U.S. involvement in the drug war in Mexico.
Most notably, the reports from MX1 line up with assertions by a Sinaloa cartel insider that cartel boss Joaquin Guzman is a U.S. informant, the Sinaloa cartel was "given carte blanche to continue to smuggle tons of illicit drugs into Chicago," and Operation Fast and Furious was part of an agreement to finance and arm the Sinaloa cartel in exchange for information used to take down rival cartels. Source

Posted by Angelo Agathangelou at 10:30 pm No comments: Links to this post 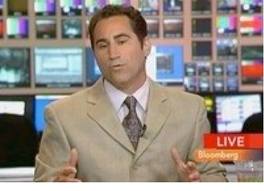 “The mainstream media has it all wrong once again.  I noticed that gold and energy, commodities in general, turned around right after Charles Evans, who is the Chicago Fed President, spoke (earlier today).  The media pretty much ignored it.”

Michael Pento continues:
“They (mainstream media) are crediting this huge rally that we’ve seen today in energy, commodities, and even in the nominal averages, because of a strong ISM Manufacturing Index that came out.  It has nothing to do with the fundamental weakness or strength in the global economy.

It has everything to do with the fact that the Fed doubled down on QE3 this morning and unofficially announced QE4.... King World News Audio Interview
Posted by Angelo Agathangelou at 8:45 pm No comments: Links to this post

Max Keiser and Stacy Herbert discuss the nine scariest words in the English language - "I'm from JP Morgan and I'm here to help you." They also discuss deferred prosecution agreements and celebrities and bloggers shilling for banksters in California's mortgage contract-asset seizure market. In the second half of the show, Max Keiser talks to Jaromil about bitcoin as a digital charm bracelet and the revolution in accounting science - triple entry accounting. Source
Posted by Angelo Agathangelou at 7:27 pm No comments: Links to this post

The ECB - EUR22 Trillion Is Missing 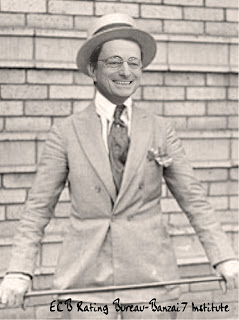 Mark J. Grant:
The ECB: The Missing Assets/Liabilities
“To treat your facts with imagination is one thing, but to imagine your facts is another.” - John Burroughs
Yesterday I published the assets/liabilities of the European Central Bank as provided by them. I provided some analysis that I thought was relevant as I also asked all of you to look at the numbers yourself. To be quite open; I was stunned by the data they provided and shocked by the implications. I had not seen the data in any other source or commented about by anyone and the subject, while admittedly complex, and perhaps made more complex by design, is a huge wake-up call for anyone investing in Europe.
The ECB lists, as of the end of the 1st quarter of 2012, 16.304 trillion Euros ($ 21.032 trillion) in assets and 17.334 trillion Euros ($22.631 trillion) in liabilities. It is right there in black and white as I showed in the ECB provided data that I presented yesterday. 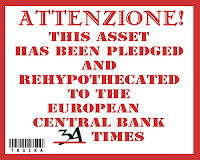 However when you get to their consolidated balance sheet you find the numbers they bandy about in public to be a ledger of 3.240 trillion Euros ($4.00 trillion) and you catch your breath and pause. Utilizing normal American accounting practices this variance would be impossible and yet here it is; staring us all right in the face.
“Europe has put a ‘stop payment’ on our reality check!”

Read more »
Posted by Angelo Agathangelou at 5:09 pm No comments: Links to this post

Mear One - NWO:The Enemy of Humanity

Stop motion video with Mear One painting a thought provoking mural in London Sept 2012. Sparking conversation and debate ... produced by: Roger L. Griffith - music by: Nosaj Thing Source
Posted by Angelo Agathangelou at 4:28 pm No comments: Links to this post

Morris: Here are two residents from each city describing more and more fighting now. Source
Posted by Angelo Agathangelou at 2:14 pm No comments: Links to this post 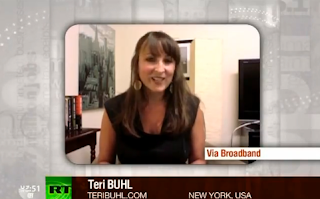 By Teri Buhl: One documentary film maker, one investigative journalist, and one law firm willing to take a risk led to the lawsuit the New York Attorney General just filed against JP Morgan for a system wide effort to defraud mortgage investors by Bear Stearns.
My readers and viewers of RT’s The Keiser Report know they first learned about Bear Stearns fraud back in 2010 after I was the first journalist to report for The Atlantic Bear Stearns whistleblowers were on the record saying they were directed to make up loan level detail for the mortgage bond raters. From there I broke news again at The Atlantic in January 2011 detailing how Bear’s own internal documents showed the RMBS traders, under Tom Marano, were literally stealing billions from the clients they’d sold the mortgage bonds to via a double dipping scheme.
The documents to outline the double dipping by Bear traders was discovered by PBWT attorney Eric Haas – who has also an accounting background. It was this evidence that enabled him to add a fraud claim, that survived a motion to dismiss, to Ambac’s suit and year and a half later JP Morgan had to admit in their regulatory filings for shareholders that they were now looking at $120 billion in possible RMBS fraud and putback suits. These additional suits filed by the FHFA for the GSE’s and tons of other mortgage investors would have never happen if PBWT hadn’t been first to do the gritty research and detail to build their claims against $JPM/$BS/$EMC.

British workers are the most likely to be diagnosed with depression in Europe, a survey has found. The worrying extent of the illness in the UK was laid bare by the poll that revealed 26 per cent of Britons had received the diagnosis from their GP, compared with 12 per cent of Italians. Those in the UK also took the most time off as a result of the illness, recording 41 days on average compared with the European mean of 36.  Source
Posted by Angelo Agathangelou at 11:34 am No comments: Links to this post

PIMCO On Gold - The Simple Facts

Nicholas Johnson and Mihir Worah of PIMCO,
GOLD – The Simple Facts
When it comes to investing in gold, investors often see the world in black and white. Some people have a deep, almost religious conviction that gold is a useless, barbarous relic with no yield; it’s an asset no rational investor would ever want. Others love it, seeing it as the only asset that can offer protection from the coming financial catastrophe, which is always just around the corner.
Our views are more nuanced and, we believe, provide a balanced framework for assessing value. Our bottom line: given current valuations and central bank policies, we see gold as a compelling inflation hedge and store of value that is potentially superior to fiat currencies.
We believe investors should consider allocating gold and other precious metals to a diversified investment portfolio. The supply of gold is constrained, and we see demand increasing consistent with global economic growth on a per capita basis. Regarding inflation in particular, we feel that the Federal Reserve’s decision to begin a third round of quantitative easing makes gold even more attractive.

Alex talks with broadcaster, film-maker, and television show host Max Keiser about endless QE and the fate of the dollar as the bankers move to consolidate wealth and power. Alex also takes your calls on today's worldwide broadcast. Source
Posted by Angelo Agathangelou at 6:43 am No comments: Links to this post

In 10 years, there will be no more Israel: Kissinger

An update to the recent post 'No More Israel':  The idea of Israel’s inexorable collapse is no longer a taboo as more top brass US officials are explicitly attesting to the fact, with prominent US diplomat Henry Kissinger saying, “In 10 years, there will be no more Israel.”

“Kissinger's statement is flat and unqualified. He is not saying that Israel is in danger, but could be saved if we just gave it additional trillions of dollars and smashed enough of its enemies with our military.… He is not offering a way out. He is simply stating a fact: In 2022, Israel will no longer exist,” political columnist Kevin Barrett wrote in an article published on Press TV website on Sunday.

He also pointed to a study commissioned by the US Intelligence Community (IC), comprised of 16 US intelligence agencies, earlier this year, titled “ Preparing for a Post-Israel Middle East,” and pointed out that the content of the IC’s report corroborates Kissinger's contention.