The Political System in the US Has Collapsed - Paul Craig Roberts

By 108morris108: Corporate campaign contributions dictate the elections. Wars are a product of the Neo Con philosophy - with a declaration of the end of history which means there is only the United States system, it therefore has the right and the responsibility to impose its hegemony over the world. The wars started in the Middle East to please Israel. Source
Posted by Angelo Agathangelou at 11:30 pm No comments: Links to this post

Max interviews Wolf Richter from testosteronepit.com. He talks about the new consumer strategies by big companies to impoverish consumers. Wolf Richter has over twenty years of C-level operations and finance experience, including turnaround situations and startups. He went to school and worked for two decades in Texas and Oklahoma, with an interlude in France, and then headed east to New York City, Brussels, Tokyo, and finally San Francisco, where he currently lives. Source
Posted by Angelo Agathangelou at 7:14 pm No comments: Links to this post

“Gold and silver are the safe havens that have existed throughout civilization.  So that’s what people who see a de-civilized society being destroyed by anti-human bankers and financiers, that’s why so many people are putting their money in gold.

That’s why Singapore is now positioning itself to become one of the gold storage and gold trading centers of the universe.  That’s why so much smart money is going over there.  So we see no end in sight.” 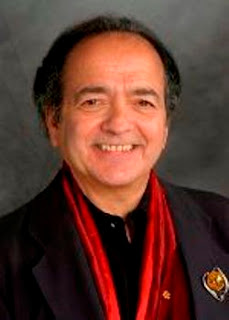 After $1,780 it’s off to the races.  That’s the way I see it.  Silver the same (much higher).”  KWN audio interview link
Posted by Angelo Agathangelou at 2:20 pm No comments: Links to this post

Max Keiser and Stacy Herbert demonstrate the effects of money printing and Central Bank madness with a hyperinflationary chicken. They also discuss the Securities and Exchange Commission losing its mind as it sues the one rating agency NOT on the payroll of Wal Street. In the second half of the show, Max Keiser talks to Professor William K. Black about Deferred Prosecution Agreements, the Financial Conduct Authority and London as the capital of fraud. Source
Posted by Angelo Agathangelou at 11:11 am No comments: Links to this post

Regime Uncertainty and the Fallacy of Aggregate Demand

By James E. Miller: In a recent New York Times column, economist Paul Krugman once again took to chastising a claim he has infamously dubbed  the “confidence fairy.”  According to the Nobel laureate, the “confidence fairy” is the erroneous belief that ambiguity over future government regulation and taxation plays a significant role in how investors choose to put capital to work.  To Krugman, the anemic economic recovery in the United States shouldn’t be blamed on this “uncertainty” but rather a “lack of demand for the things workers produce.”  Being the most prominent mouthpiece for Keynesian economic policy in modern times, the Princeton professor represents the school’s circular thinking very well.  Keynes and his followers saw most economic slumps as being the result of insufficient spending.  A slowdown in spending means the animal spirits aren’t so aggressive in their lust for immediate consumables.
As a thinker, Keynes viewed a preference for saving over spending as ignorant and asinine.  In his essay “Economic Possibilities for our Grand Children,” he belittled the “purposiveness” of misers who are forever looking toward the future instead of relishing in the present.  The man who behaves with a purpose is “always trying to secure a spurious and delusive immortality” while depriving those around him of his wealth.  This is the heart of Keynesianism.  Saving is seen as a necessary evil while instant gratification is looked down upon as morally repugnant.  Keynes was a hater of bourgeoisie prudence throughout his professional career.  It is likely that this antagonism played a role in the development of his theories on economics.

Read more »
Posted by Angelo Agathangelou at 9:19 am No comments: Links to this post

Madrid Spain On The Brink - Democracy Hijacked By Bankers

Madrid Spain is on the brink as people by the tens of thousands hit the streets because the people are paying the consequences for the bankers and the politicians.

Despite the slanderous propaganda you may have heard from corporate media outlets this mini-documentary tells lets you here directly from the mouths of the protestors why they are on the streets.

Posted by Angelo Agathangelou at 6:06 am No comments: Links to this post

Greece is plunging into an economic and social crisis as desperate as Germany under the Weimar Republic, the Greek prime minister, Antonis Samaras, has warned in an emotional appeal for leniency. 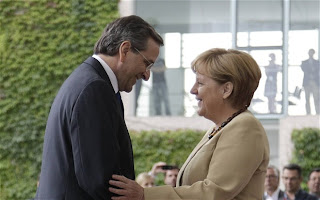 By Louise Armitstead: Mr Samaras told Germany’s Handelsblatt newspaper that the Greek government was “at the limits of what we can ask of our people”. He added: “The cuts we have already made have cut to the bone.”
Athens desperately needs the next €31.5bn (£25.4bn) tranche of its bail-out agreement which has been delayed for months while the government pushes through more austerity measures demanded by the terms of the bail-out. Mr Samaras said Greece had just enough money to last until “the end of November. Then the coffers are empty”.
“I cannot and I will not deny it: Greek democracy is facing perhaps its biggest ever challenge,” said Mr Samaras. “People are at the point where they are saying 'we are prepared to make sacrifices but we want to see light at the end of the tunnel’. Otherwise everything is in vain.”
Referring to the harsh reparations and rampant inflation that brought Adolf Hitler to power – and which form the root of Germany’s instinctive opposition to debt pooling in the eurozone – Mr Samaras said: “It’s about the cohesion of our society, which is being threatened by rising unemployment, like at the end of the Weimar Republic in Germany.”
He repeated that Greece wanted more time, not more money. “What we need is more time for budgetary consolidation, but not necessarily more aid,” he said.

Posted by Angelo Agathangelou at 12:29 am No comments: Links to this post