Do the Swiss know something the rest of us don’t? - Might the EU crisis get really, really ugly?

Ueli Maurer, the Swiss defense minister, has been making coy statements about the European crisis getting ugly – as in really ugly, like needing armed troops to deal with it. This sounds more like Greece, where the rioting is regular and increasingly scary, than anything in Central Europe, but where the whole EU furball is headed does seem less than clear of late. 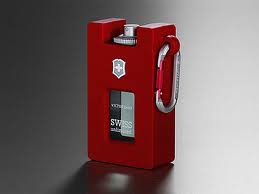 The Swiss are famous for preparing for everything and having an absolutely huge army, relative to their population, to deal with any eventuality. They maintain their special military system, based on training for nearly the whole male population but a very small active duty cadre (plus a few, tiny UN peacekeeping-type missions abroad, since the Swiss have an actually defensive defense force): the Swiss can call up over 200,000 trained troops, which is but one-third of what was on-call twenty years ago – like everyone, they have downsized as the threat has receded since the fall of the Soviet bloc – but that’s still pretty huge in Swiss terms. In America, that would mean a mobilization strength of nearly 8,000,000 for the U.S. military (it’s a hair under three million, in case you were wondering).
Minister Maurer, accompanied by whispers from the top uniformed leadership in Switzerland, is trying to raise awareness that Europe’s massive fiscal-cum-political crisis could get very unpleasant. Swiss military exercises in September, called STABILO DUE, were based on EU instability getting out of hand. The Swiss have stayed out of the EU – one more thing the very prosperous Swiss are gloating about these days – and they certainly don’t want EU problems spilling over into their peaceful little country. That the Swiss military is adding four new military police battalions to the army, to be spread around the country, indicates that the threat they have in mind is more disorder and chaos than actual invasion.

Read more »
Posted by Angelo Agathangelou at 9:53 pm No comments: Links to this post

Over 6,000 Cops Will Protect Merkel On Her 6 Hour Visit To Athens 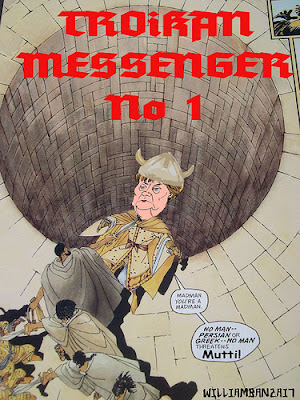 Submitted by Tyler Durden: Angela Merkel is finally coming to the one country where the local media will not tire of photoshopping her in various Nazi outfits. The result: at least 6,000 policemen (and more like 7,000 according to Spiegel) will be deployed to protect her on her 6 hour visit to Greece on Tuesday, the first since the crisis erupted in 2009, and which has seen Greek unemployment explode from manageable to 25% at last check. Another result: parties from across the spectrum have said they will protest her visit, and strikes will further shut down what is already a completely shuttered economy. "She does not come to support Greece, which her policies have brought to the brink. She comes to save the corrupt, disgraced and servile political system," said Alexis Tsipras, who leads the opposition Syriza alliance. "We will give her the welcome she deserves."..."We don't want her here," said Yannis Georgiou, 72, who has seen his pension cut by one third. "We will take to the streets against austerity and against the government. Maybe Merkel will hear something and see what we're going through." Finally, with virtually the entire police force tasked with defending M erkel from the residents of her Southeastern European colony, it means that virtually every other place of interest will be left unguarded. Hopefully, nobody in Greece has seen Die Hard with a Vengeance and has access to dump trucks. The one thing Greece has going for it: there is virtually no official gold left anywhere that can be stolen (most of it already has been transferred elsewhere), or otherwise any tourist armed with a camera and located in the vicinity of the National Bank of Greece could film a sequel to what many consider the best Die Hard of all. 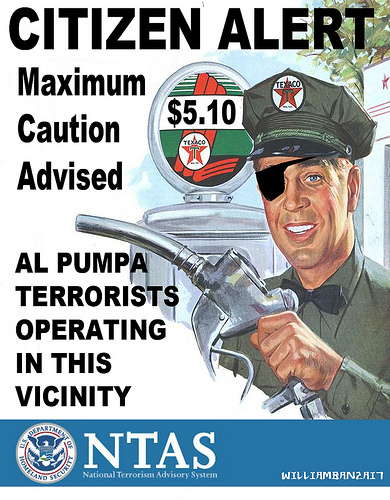 Read more »
Posted by Angelo Agathangelou at 5:29 pm No comments: Links to this post

In a recent wildlife report it was shown that birds tested in the period winter 2010 to winter 2011 were found that elevated levels of lead (i.e. >20.0 μg/dL) were found in the blood of 34 % (n =  285) of waterbirds tested at four sites in Britain during the 2010/2011 winter this happening during some of the largest radioactive releases from nuclear power plants and medical reactors.

Of course, it could be argued that existing lead weights might be the cause of this anomaly but the main effected bird species prone to lead weight poisoning was the swans.

The annual breakdown of radioactive materials in the UK Water Standards report due 2012 for the period 2011 to 2012 (May) to date has not been published. But I was able to snag a Google cached copy of the USA military base UK Annual water report for that period. It clearly shows the lead pollution getting to, or above the safety levels for humans.

By STRATFORvideo: As the European Union splinters, Stratfor's Reva Bhalla examines the limits of Continental integration being sought by European policymakers.
Posted by Angelo Agathangelou at 3:36 pm No comments: Links to this post

Currencies: The weak shall inherit the earth 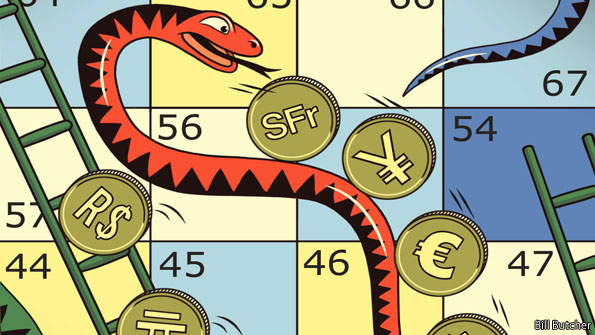 The Economist: OVER most of history, most countries have wanted a strong currency—or at least a stable one. In the days of the gold standard and the Bretton Woods system, governments made great efforts to maintain exchange-rate pegs, even if the interest rates needed to do so prompted economic downturns. Only in exceptional economic circumstances, such as those of the 1930s and the 1970s, were those efforts deemed too painful and the pegs abandoned.
In the wake of the global financial crisis, though, strong and stable are out of fashion. Many countries seem content for their currencies to depreciate. It helps their exporters gain market share and loosens monetary conditions. Rather than taking pleasure from a rise in their currency as a sign of market confidence in their economic policies, countries now react with alarm. A strong currency can not only drive exporters bankrupt—a bourn from which the subsequent lowering of rates can offer no return—it can also, by forcing down import prices, create deflation at home. Falling incomes are bad news in a debt crisis.

Read more »
Posted by Angelo Agathangelou at 2:19 pm No comments: Links to this post


Posted by Angelo Agathangelou at 9:51 am No comments: Links to this post

Tens of thousands of Pakistanis, along with dozens of international peace activists, are holding a peace march to protest against US assassination drone strikes on Pakistan’s tribal areas, Press TV reports. 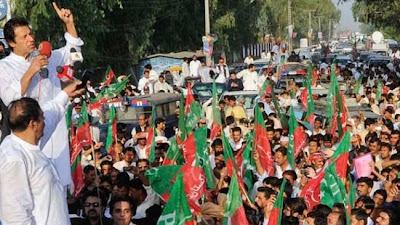 Pakistani opposition politician Imran Khan is leading the convoy of hundreds of vehicles that started the 440-kilometer journey from Islamabad on Saturday and is scheduled to reach South Waziristan on Sunday.

Thousands of people lined the road to greet Khan, who is the leader of the Pakistan Tehreek-e-Insaf (Pakistan Movement for Justice or PTI), and his supporters.

US peace activist Tighe Barr told Press TV, "It is time for the United States to end the mass murder that is taking place in Pakistan's tribal areas” and end the CIA drone strikes there. “They are killing women and children. This is wrong, and this is a war crime.” “I condemn the hypocrisy of the government, that tried their best to make this march fail,” Khan told the crowd at a brief stopover on the outskirts of Mianwali in northern Pakistan. “They are saying that the Taliban have sent nine suicide attackers. If (President Asif Ali) Zardari sends even a 100 suicide attackers, this march will not stop,” Khan added.

Read more »
Posted by Angelo Agathangelou at 7:16 am No comments: Links to this post

Mother of man killed by NYPD gets billed for dent in police car created by her son’s body!?

By Madison Ruppert: Absurd actions from the New York Police Department (NYPD) has come to be expected given that they have been busted spying far outside of their jurisdiction, establishing offices around the world including Israel, arresting people for dancing, labeling people “professional agitators” for filming them, engaging in widespread surveillance and even throwing an officer in a psychiatric ward for reporting corruption.
Yet it seems that they are trying to one-up their own insanity by actually sending the mother of someone they killed with one of their police cars a $710 repair bill to cover the damage his body did to their cruiser.
Yes, you read that right, the NYPD actually sent a bill to fix the dent left by now dead 23-year-old Tamon Robinson, who was killed by an NYPD vehicle in Brooklyn in April, to his still-mourning family.
The incident occurred when Robinson was caught digging up paving stones outside his home in Bayview Houses in the Canarsie neighborhood of Brooklyn.
Robinson was fleeing police when the car smashed into him causing serious blunt impact head injures which left him in a coma from the moment of impact. Robinson died six days later, never waking up from the coma.
According to his mother, Robinson was working at a muffin shop while also trying to make additional money by hawking items like paving stones to scrap dealers.
The bill, which the British Daily Mail characterized as “a brutal blood-money demand,” was dated September 27, with the reason for the $710 being listed as “property damage to a vehicle owned by the New York Police Department.”
The bill added that the family would be facing a lawsuit if they failed to pay within 10 days of receiving it.
“We’re still grieving, and this is like a slap in the face,” said Laverne Dobbinson, Robinson’s 45-year-old mother, to the New York Daily News.
“They want my son to pay for damage to the vehicle that killed him,” Dobbinson added. “It’s crazy.”

Read more »
Posted by Angelo Agathangelou at 5:33 am No comments: Links to this post

Is UK Deporting British Intel Informants to US - Patrick Henningsen

By 108morris108: In this Gauntanamo age, Britain is deporting British citizens and residents to the USA. All part of the war on Islam/terror.
Some of these people have already been behind bars for years without due process.
Some of them have mirky pasts which involved British Intel. Patrick Explains in his article here: http://21stcenturywire.com/2012/10/06/babar-ahmad-extradition-rip-british-jus...
Here is an article from the Guardian explaining what awaits them:
http://www.stopwar.org.uk/index.php/usa-war-on-terror/1931-read-this-and-know...
Read this and know why the decision to extradite Babar Ahmad and Talha Ahsan is an outrage 05 October 2012 Sadhbh Walshe USA and the War on Terror
The conditions to be imposed on Babar Ahmad and Talha Ahsan, who have not yet been tried or convicted of anything, throws the concept of being innocent until proven guilty out the window.