Jury nullification continues to gain traction across the United States

By Brent Daggett: In 1782, Thomas Jefferson wrote in his tome, Notes on the State of Virginia, “it is usual for the jurors to decide the fact, and to refer the law arising on it to the decision of the judges.  But this division of the subject lies with their discretion only.  And if the question relate to any point of public liberty, or if it be one of those in which the judges may be suspected of bias, the jury undertake to decide both law and fact.”
This may seem like an antiquated statement, especially given our current state of affairs regarding unconstitutional laws, however the application of jury nullification is making its way back to the forefront.
Be sure to read Brent’s other recent articles on ballot access for third parties, free speech in schools and local currencies.
On June 18, 2012 Governor John Lynch of New Hampshire signed HB 146, which reads:
“In all criminal proceedings the court shall permit the defense to inform the jury of its right to judge the facts and the application of the law in relation to the facts in controversy.”
In other words, jurors have the right not only to be informed of jury nullification, but have the right to nullify a law if they have reason to believe the law itself is corrupt.
Even though the law does not go into effect until next January, jury nullification in New Hampshire has already occurred.
In 2009, Rastafarian Doug Darrell, of New Hampshire, was arrested after members of a marijuana eradication task force spotted plants from a National Guard helicopter flying over Darrell’s home in Barnstead.
Darrell’s lawyer, Mark Sisti, attempted to get the evidence suppressed, but to no avail, arguing the aerial surveillance was illegal, since the helicopter was below the Federal Aviation Administration of safe altitude, thus violating Darrell’s privacy.

What form of Silver should you hold?

Simon Black: Frankfurt, Germany - Along with gold, silver has been considered money for thousands of years. In ancient Rome, for example, the silver Denarius coin was first minted in the third century BC. It contained about 4.5 grams of silver and would have a metal value worth roughly $5 in today’s money.

We talk a lot in this column about the importance of owning precious metals… and often for the sake of convenience, I lump gold and silver together in the same category. But while the two share similar characteristics as excellent inflation hedges and stores of value, silver has unique fundamentals worth considering.
For starters, while the entire gold market is small, the silver market is even smaller. It’s tiny. As such, silver is highly volatile and even more susceptible to wild price swings than gold.
This means that, in a boom, silver is going to rise more rapidly than gold. In a bust, silver is going to drop more rapidly. We saw this a few year ago after the Lehman collapse, silver dropped to $8, then subsequently reached a peak of $40. Gold’s roller coaster ride was nowhere near as severe.

This gives silver an interesting edge as a speculation. And one way to play this is to buy specific types of silver whose premiums soar during financial panics.
Last week, you heard from my friend Jake Lawless; he’s something of an expert when it comes to gaming the system, and I asked him to weigh in on this topic of ‘silver premium arbitrage.’ From Jake:
==
It’s true that not all silver is created equal. Every type of refined silver is going to sell for the spot price (melt value) plus an additional markup. This markup is called the premium… and premiums vary dramatically from one form of silver to another.

Read more »
Posted by Angelo Agathangelou at 11:09 pm Links to this post

Submitted by Tyler Durden: Ron Paul will not go quietly into the night - and rightly so, it would seem, given his truthiness. In a recent brief interview on CNBC's Futures Now, he managed to diss Romney, smash the 'belief' in a 'two-party' system, and undermine any hope for economic change from the farce of an election. Summed up simply: "There is essentially no difference between one administration and another, no matter what the platform."
Starting by agreeing with Jim Rogers recent views that we discussed here, he refises to endorse Romney and then it gets interesting...
"They haven't the vaguest idea what Austrian free-market hard-money economics is" Source

Posted by Angelo Agathangelou at 9:49 pm No comments: Links to this post

Why we should have absolutely no sympathy for bankers whatsoever, and why they should be bashed regularly - Rowan Bosworth-Davies 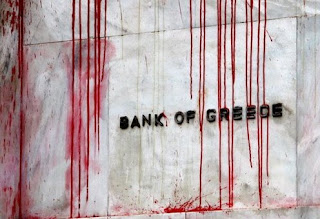 Conscious of my public stance towards bankers (I consider the vast number of them to be nothing short of unrepentant organised criminals), I nevertheless thought I should take another look at my views to see whether I was being entirely fair. I had assumed that although the top money men in the banks would be pure capitalists, red in tooth and claw, perhaps the Money Laundering Reporting Officers or the Compliance Officers might be more willing to take their legal and moral responsibilities seriously, and would be less inclined to treat the vast excesses evidenced by their colleagues with such a cavalier fashion.

My God, but was I about to be roundly disabused of that notion.

Recently, I addressed an audience of very senior Group Heads of Money Laundering and Fraud, at a private dinner, where I was invited to speak to the topic of '...Money Laundering laws are broken - How should they be fixed..?' The evening was held under Chatham House rules, so I am prevented from identifying the individuals or their institutions but I am free to report the event.
My aim was to assert that the money laundering laws were not broken, and that they were fit for purpose, but that they were being broken regularly by those required to adopt them, and that they were not being enforced by those with the authority to impose them.

That was my aim, but I wasn't even allowed to get into my stride.

The US is Now a Gestapo Police State - Paul Craig Roberts

By 108morris108: Protests are a Weapon the US Uses for Overthrowing Other Regimes. Another snippet from a longer interview with Paul Craig Roberts. After 911 Civil Rights have been eroded. The government can even assassinate its own citizens. Demonising supposed Muslim terrorists. Ultimately these government weapons will be used against all political opponents. Democracy no longer exists in the US. And theer seems no way to go back to it. Source
Posted by Angelo Agathangelou at 7:13 pm No comments: Links to this post

The Bears Explain How The Rich Get Richer

Posted by Angelo Agathangelou at 3:04 pm No comments: Links to this post

The Nobel Peace Prize has been awarded to the European Union for its role in securing peace to the continent? The Nobel committee says the accolade is meant to be an encouragement to the union in difficult times. Norway - the home of the prize - is itself divided over EU membership and has twice refused it in a nationwide referendums. For more on this decision, rt and Max Keiser. Source - We agree with Max 'Monsanto & Frankenstein next!'

Gold And Silver Capped Until After U.S. Election?

Gold has seen volatile and choppy trading overnight in Asia and in Europe this morning with the price being capped at $1,772/oz and in a tight range between $1,767 and $1,772/oz.

Cross Currency Table – (Bloomberg)
Gold remains robust in euro terms at €1,364.50/oz and remains less than only 1% away from new record highs in the single currency (see chart).
India and China are embarking on their peak consumption season which may create a boost to the physical market

.
The far from resolved debt crisis in Greece, Spain and most countries in the western world means that this is another correction and investors and store of wealth buyers should continue to accumulate on the dip.
Prices may remain contained until after the U.S. election but we expect that soon after the election (we expect Obama to be re-elected), precious metal prices will again surge. Indeed, from November into the early months of 2013, we could see one of the largest upward price movements in gold and silver so far 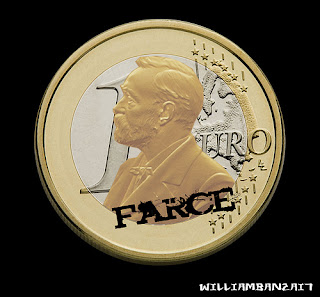 Nobel bailout?
The European Union has been announced the winner of the Nobel Peace Prize 2012. Amidst Europe’s as-yet-unsolved crippling economic backdrop, a heated debate emerged over the validity of the prize.
The 27-nation organization was awarded the prizing for its historic role in "uniting the continent" and its contributions “to the advancement of peace and reconciliation, democracy and human rights in Europe.''

By The Doc: Did COMEX futures just reveal a Freudian glitch?  Futures data this morning indicated a value of $34,000/oz for silver, and $17,716/oz for gold!

The misquoted prices reflect a 1:2 price ratio with silver being 2x as valuable as gold.  Was somebody trying to communicate the fact that future gold to silver value ratio will go from 50:1 to 1:2, with silver prices rising 100 times faster than gold’s?

Posted by Angelo Agathangelou at 6:10 am No comments: Links to this post

Still not okay to attack banks who steal your house 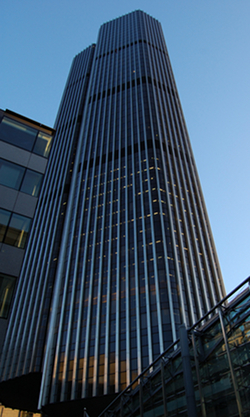 'Shhh... I think I heard a massive office building in the living room'
By The Daily Mash: IT is still not acceptable to use force against a bank that steals your entire house, ministers have confirmed.
As the government gave the go-ahead for the murder of thousands of under-educated men across Britain, justice secretary Chris Grayling stressed that you could only attack the person who is blatantly stealing from you if he is actually on your property.
Meanwhile, Mr Grayling confirmed the institutions that steal from you for precisely the same reasons as a burglar, will continue to enjoy the full backing of the law.
Sociologist Julian Cook said: “Like burglars, banks are lazy, selfish pricks who don’t want to work for a living. And like burglars, they would, given the opportunity, ejaculate into your wife’s underwear drawer and take a massive shit in the middle of your living room floor.
“Also, when dealing with a bank you feel the same sense of violation, the same sense of mortal threat and the same feeling that you are now covered in something ghastly that can never be washed off.
“And yet it is not okay to attack it with a baseball bat.”
Tom Logan, from Hatfield, said: “Last week I confronted a burglar and shot him in the leg. While we were waiting for the ambulance he explained that he was stealing from me because he had lost his job after the bank refused to give his employer a loan.

“And then I explained to him that I was going to have to sell all the stuff that he was trying to steal so that I could pay the mortgage.
“We both felt so stupid.” Source


Posted by Angelo Agathangelou at 12:34 am No comments: Links to this post