Sorry World: What Happens in Beijing, WON’T Stay in Beijing

By Minxin Pei: While many have feared its rise, a weaker China struggling with economic and political challenges at home may present an even greater challenge.

One of the questions on the minds of most China watchers these days is how Beijing will behave externally when it faces a far more difficult internal environment.  Of the well-recognized challenges China will encounter in the coming years are its deteriorating economic dynamism, a structure of decision-making with diffused power and uncertain authority, rising nationalism, growing demand for political reform, and widespread popular disenchantment with the status quo.
In totality, these internal difficulties will reduce the resources available to maintain and expand China's influence around the world, constrain the Chinese military's ability to accelerate its modernization, and make Chinese leaders more reluctant to assume greater international or regional responsibilities.  Most worryingly, erratic behavior driven by a mixture of lack of leadership experience and political security will most likely mark Beijing's foreign policy conduct in the coming years. 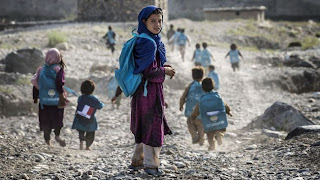 At least four Afghan children have been killed in an attack carried out by US-led forces in Afghanistan’s eastern province of Logar, Press TV reports.

According to local sources, US-led troops fired missiles on residential areas in the country’s east, killing several children who were on their way to school.

Reports say two other children were also injured in the incident which occurred on Sunday.


The issue of civilian casualties in Afghanistan is highly sensitive and has been a major source of friction between Afghan President Hamid Karzai and Washington.


Moreover, the loss of civilian lives at the hands of US-led foreign forces has dramatically increased anti-American sentiments in Afghanistan, triggering anti-US protests across the war-torn country.

The United States invaded Afghanistan in 2001 on the pretext of combating terrorism. The offensive removed the Taliban from power, but years into the invasion, insecurity continues to rise across the country. Source
Posted by Angelo Agathangelou at 11:55 pm No comments:

Nukes Over Europe: US Plan to Attack Iran with Nuclear Weapons, Devised Under Bush

By Sherwood Ross: U.S. plans to attack Iran with a mix of nuclear and conventional weapons have been in readiness since June, 2005, a distinguished authority on international affairs says.
“Confirmed by military documents as well as official statements, both the U.S. and Israel contemplate the use of nuclear weapons directed against Iran,” writes University of Ottawa Professor (Emeritus) Michel Chossudovsky, in a recently released book entitled “Towards a World War III Scenario: The Dangers of Nuclear War”
The plans were formulated in 2004.  The previous year, Congress gave the Pentagon the green light to use tactical nukes in conventional war theatres such as the Middle East and Central Asia, allocating $6 billion in 2004 alone to create this new generation of “defensive” weapons.
“In 2005, Vice President Dick Cheney ordered USSTRATCOM (Strategic Command) to draft a ‘contingency plan’ that included “a large-scale air assault on Iran employing both conventional and tactical nuclear weapons,” Chossudovsky writes. The plan went beyond even the Pentagon’s 2001 Nuclear Posture Review(NPR)’s “contingency plans” for an offensive “first strike use” of nuclear weapons against Russia and China as well as Iran and North Korea.
Read more »
Posted by Angelo Agathangelou at 11:52 pm No comments:

Offending the Clientele
Freies Neukölln, Weserstr, Berlin-Neukölln. Gentrification in Berlin's former problem borough. The Creative Class marches in and the founders of the first szene-pub in this corner feel unwell, guilty and overrun. That's why this speech on their own account is necessary, long overdue and probably still too friendly. Source
Posted by Angelo Agathangelou at 11:30 pm No comments:

Submitted by Tyler Durden: First it was more than the UK. Then more than Portugal. Then a month ago we said that as of September, "it is now safe to say that in 2012 alone China has imported more gold than the ECB's entire official 502.1 tons of holdings." Sure enough, according to the latest release from the Hong Kong Census and Statistics Department, through the end of August, China had imported a whopping gross 512 tons of gold, 10 tons more than the latest official ECB gold holdings. We can now safely say that as of today, China will have imported more gold than the 11th largest official holder of gold, India, with 558 tons.
Yet despite importing more gold than the sovereign holdings of virtually all official entities, save for ten, importing more gold in July than in any month in 2012 except for April, importing more gold in 8 months in 2012 than all of 2011, and importing four times as much between January and July than as much as in the same period last year, here is MarketWatch with its brilliant conclusion that the 'plunge' in gold imports in August can only be indicative of the end of the Chinese gold market, and the second coming of infinitely dilutable fiat.

Anecdotal evidence also pointed to the cooling trend, with one Hong Kong bullion dealer saying the word from mainland clients was that gold inventories are saturated.

“What we are hearing from our customers is that they were buying gold rapidly over the last couple of years, but they would now see some of their stocks sold off before they rebuild some of their inventories,” Scotia Mocatta managing director Sunil Kashyap said in Hong Kong.

Meet The Billionaires Behind The Best Presidents Money Can Buy 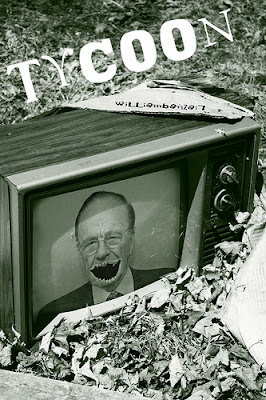 Submitted by Tyler Durden: The last time we checked on the (funding) status of America's real presidential race - the one where America's uber-wealthy try to outspend each other in hopes of purchasing the best president money can buy - the totals were substantially lower. With November 6 rapidly approaching, however, the scramble to lock in those record political lobbying IRRs is in its final lap. And thanks to the unlimited nature of PAC spending, look for the spending to really go into overdrive in the next 2 weeks as the spending frenzy on the world's greatest tragicomedy hits previously unseen heights.
Read more »
Posted by Angelo Agathangelou at 7:00 pm No comments:

The mechanics of transitioning to the gold standard…and why it won’t happen!

Martin Sibileau: If you are interested in the mechanics of this fictional process, you are welcome to keep reading. Otherwise, please, accept our apologies. But if you ask us, learning how fiction works always helps to cope with reality
Please, click here to read this article in pdf format: October 21 2012
Today we retake the discussion left two weeks ago, on a return to the gold standard. We had divided the discussion in two parts: The first part (here) was based on an historical perspective. Today, we will deal with the technical one.

As a summary of the first part, we left with two important conclusions: a) A gold standard will fail if the banking system is allowed to survive with a reserve requirement below 100%, and b) Establishing a gold standard does not require that gold be confiscated. The question before us today is: How do we transition from this:
Read more »
Posted by Angelo Agathangelou at 2:48 pm No comments:

The Hunted and the Hated: An Inside Look at the NYPD's Stop-and-Frisk Policy

By videonation: A secret audio recording of a stop-and-frisk in action sheds unprecedented light on a practice that has put the city's young people of color in the NYPD's crosshairs.

US threatens Europe against supporting Palestine at UN - Remember Palestine

The United States has warned European governments against supporting a Palestinian bid for enhanced status at the United Nations, saying such a move "would be extremely counterproductive" and threatening "significant negative consequences" for the Palestinian Authority, including financial sanctions.

Read more »
Posted by Angelo Agathangelou at 10:38 am No comments: