Company settles lawsuit over unstoppable user tracking methods once used by Hulu, Spotify and others 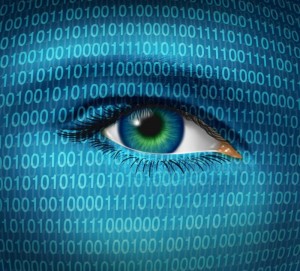 By Madison Ruppert: The website analytics firm KISSmetrics finally settled a lawsuit which accused the company of violating the law by creating an unstoppable tracking method which allowed them to recreate cookies after users deleted them and even track users who chose to block cookies.
While the settlement is relatively small, it could very well set a precedent and perhaps create a climate less conducive to the ongoing Silicon Valley data mining arms race, the blatant disregard for the privacy rights of users and digital spying operations in general.
Note: to learn how to block many of the various tracking methods please read our guides here and here. Implementation is quick, relatively easy and affordable.
The lawsuit was filed in August 2011, shortly after it was revealed that researchers at UC Berkeley including Ashkan Soltani uncovered the insane KISSmetrics tracking.
The lawsuit was filed on behalf of John Kim and Dan Schutzman and originally included some of the major companies that implemented the KISSmetrics technology, although the clients were later dismissed from the lawsuit.
In the suit, the Kim and Schutzman accused KISSmetrics of “violating California and federal anti-hacking laws and misappropriating their personal information for profit,” according to Threat Level.
The proposed settlement (see PDF here, courtesy of Threat Level), will leave the plaintiffs with a mere $2,500 each while their lawyers will get over 100 times that amount. The case involved over $500,000 in legal fees at rates ranging from $350 to $580 per hour, so this lawsuit obviously isn’t going to make Kim and Schutzman rich.

And The Winner Of The First Lady Debate Is...

Submitted by Tyler Durden: While our highly sophisticated scoring methodology - based on length-of-time speaking, words-spoken, and drinking-game-based buzzword bingo scores - has produced a result skewed to the Republican candidates, it seems the real world of intelligent voters sees things more tied with the last debate having been won by the incumbent. However, in order to settle the tie, Jimmy Kimmel decided to ask members of the voting public who they thought won the 'First Lady' Debate; the results will not surprise you - though clarification of stereotypes, biases, and why none of it matters (we refer readers to our earlier post on Deer Crossings for clarification) will be helpful we are sure... Source
Posted by Angelo Agathangelou at 11:55 pm No comments: Links to this post

Tonight, Mitt Romney and Barack Obama meet for their final Presidential debate, amid tightening polls. While the candidates face off on foreign policy, we talk to our guest, Doug Casey of Casey Research, about his own foreign policy strategy: the strategy of "the international man." We talk to Doug Casey about the increasing number of Americans who are moving their money and property off-shore, and about a smaller, albeit growing number of Americans choosing to renounce their citizenship entirely. What are these people afraid of, and who or what are they trying to hide from? 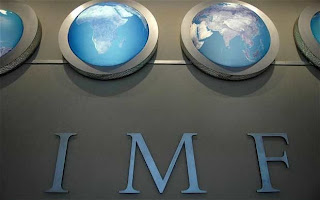 So there is a magic wand after all. A revolutionary paper by the International Monetary Fund claims that one could eliminate the net public debt of the US at a stroke, and by implication do the same for Britain, Germany, Italy, or Japan.

One could slash private debt by 100pc of GDP, boost growth, stabilize prices, and dethrone bankers all at the same time. It could be done cleanly and painlessly, by legislative command, far more quickly than anybody imagined.
The conjuring trick is to replace our system of private bank-created money -- roughly 97pc of the money supply -- with state-created money. We return to the historical norm, before Charles II placed control of the money supply in private hands with the English Free Coinage Act of 1666.
Specifically, it means an assault on "fractional reserve banking". If lenders are forced to put up 100pc reserve backing for deposits, they lose the exorbitant privilege of creating money out of thin air.
The nation regains sovereign control over the money supply. There are no more banks runs, and fewer boom-bust credit cycles. Accounting legerdemain will do the rest. That at least is the argument.
Some readers may already have seen the IMF study, by Jaromir Benes and Michael Kumhof, which came out in August and has begun to acquire a cult following around the world.

By Youri Carma: Existing homes were sold in September, 7.9%t lower than in September 2011. That’s almost the same price drop as in the two previous months when housing prices were 8.0% lower than the same month a year earlier. Source
Posted by Angelo Agathangelou at 9:07 pm No comments: Links to this post

Serbia and the Origins of NATO Human Rights Imperialism

By 108morris108: The Historical Background of the 3rd Balkan War (Yugoslav War) - Srebinica was an infowars media spectacle - Strong Iranian Serb relations - Russian Troops in Belgrade is what stopped NATO - NATO bases used for transporting Afghani Opium - Serbia was part of the Ottoman and Byzantine Empires and has an affinity to Constantinople - Several Byzantine Emperors were Serbian - Inluding Dioclesian, and Constantines I and 8
Read more »
Posted by Angelo Agathangelou at 8:04 pm No comments: Links to this post

By Marcus Goldman: The Truth always comes out in the end. 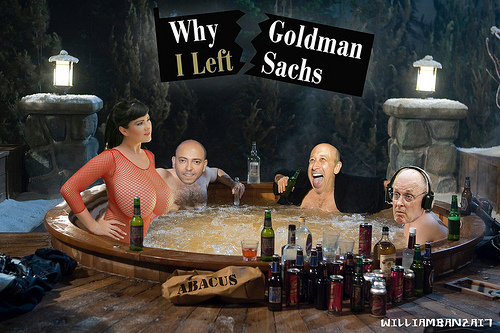 "Many of us have, at some point in our lives, dreamed of quitting our jobs very loudly and telling our bosses exactly what we really think. Very few of us ever do it. But seven months ago, a vice president at the legendary investment bank Goldman Sachs did just that, resigning in an article on the op-ed page of The New York Times. The article caused a sensation -- not just because its author Greg Smith was saying, three-and-a-half years after the financial crisis, that the bank was headed on the wrong ethical course, but also because it's so unusual to learn anything at all about the inner workings of Goldman Sachs.

Posted by Angelo Agathangelou at 4:01 pm No comments: Links to this post

Will Greece Start a World Revolution? - A Greek Man

By 108morris108: Greece, Anything Could Happen... Was the crash designed? It is clear that the debt can never be repaid. And Greek society is polarising. FT's message (His name is FT) is to stay positive! This is FT's other YouTube Channel with Travel videos, Recipes, Food Info and Music.
Read more »
Posted by Angelo Agathangelou at 2:21 pm Links to this post

The Judification of American Democracy (video)

Gilad Atzmon: Deeply within the spirit of The Book of Esther that teaches female Jews how to bridge the gap between sex and political power, Sarah Silverman offers intimate services to Zionist billioner Sheldon Adelson.
In the video, Comedian Sarah Silverman makes a proposal to 'scissor' Las Vegas billionaire Sheldon Adelson if
he will donate his money to President Barack Obama and not Willard Mitt Romney.


“If you give that $100 million to Obama instead of Romney, I will, well, I won’t have sex with you because we’re not married and I’m a nice girl. But, I will scissor you wearing a bikini bottom through to fruition, that means until you come.”

Sarah Silverman then demonstrates the position with a small dog. Source

Posted by Angelo Agathangelou at 12:38 pm No comments: Links to this post

‘Murdoch Newspaper Does a ‘BBC’ to Protect Pedophiles and Child Abusers’


By Ben Fellows: The Jimmy Savile paedophile ring at the centre of the BBC has taken an interesting twist this week as this journalist has come to realise that accusations of child abuse and paedophilia only extend to the deceased.

If you’re a living, breathing human being in the entertainment industry mainstream media won’t expose you. If you are a paedophile or child abuser in the entertainment industry and are famous or powerful you can breath a sigh of relief – you won’t be exposed, at least not by the Murdoch empire.
It all started when I was contacted by Ruth Lewy from The Times newspaper on October 16, 2012. She wanted me to do an exclusive interview about my experiences as a child actor when I had run the gauntlet of paedophiles in the entertainment industry. She wanted to “give this a great showing” but she would also “want to be the only people you speak to until it appears in print this weekend.” All I asked for in return for giving The Times an exclusive was that the story would definitely run. She agreed to the terms and said that senior Times journalist Jack Malvern would interview me and a photographer would take some pictures of me for the article, which would appear on Saturday the 20th October 2012. So we arranged a time and a place to meet.
Jack Malvern a tall, balding ex-public school boy complete with the uniform of his generation was late to the meeting. When he did eventually arrive he had to go shopping for a new pad! When he did eventually arrive proper, he sat down in front of me at the Novotel in Greenwich and asked me specifically to name names of people who, I alleged, were suspected paedophiles or had abused me in some way while I was a minor.

Read more »
Posted by Angelo Agathangelou at 10:20 am No comments: Links to this post

Dutch Propose Powers For Police To Break Into Computers, Install Spyware And Destroy Data -- Anywhere In The World

By Glyn Moody: Techdirt readers with long memories may recall a fantasy proposal from Orrin Hatch that would have seen technological means deployed to destroy the computers of those who downloaded unauthorized copies of files. Of course, the idea was so ridiculous it went nowhere. Now, nine years later, a similar idea has turned up, but with a rather better chance of being implemented, since it comes from a national government:


On 15 October, the Dutch ministry of Justice and Security proposed powers for the police to break into computers, install spyware, search computers and destroy data. These powers would extend to computers located outside the Netherlands.

The plan of allowing the police to break into domestic computers and install spyware is bad enough, as the German experience shows. There, it turned out that the malware employed had such serious flaws that anyone could take control of a machine infected with it. But the idea of giving Dutch investigators permission to break into computers anywhere in the world is even worse. The article from the digital rights group Bits of Freedom, quoted above, explains why:
Read more »
Posted by Angelo Agathangelou at 8:33 am No comments: Links to this post