The Financial Super-Storm of 2013 The next "Frankenstorm" to hit New York will be financial.

By Charles Hugh Smith: The destructive whirlwind that hits New York in 2013 will be a financial Frankenstorm.
Four years of glorious central-planning "extend and pretend" have enriched the political and financial Aristocracies, and imbued them with a bubble-era hubris that they have indeed gotten away with murder: the $6 trillion the Federal government borrowed over the past four years, the Fed's $2 trillion in fresh cash, the Fed's $16 trillion bailout of the banking sector and various perception management manipulations have righted the storm-tossed ship. All those with power in 2008 remain in power and all those with outsized wealth in 2008 still hold their outsized wealth.
The global tsunami of borrowed and printed money lifted the water-logged dinghies of the debt-serfs enough to give them hope of better times; meanwhile, their adjusted income has declined 8%: they are poorer while the neofeudal Aristocracy is much wealthier: same as it ever was, right?
Except the financial tides and winds have shifted, and the linearity of central planning is about to be disrupted by nonlinear, positive-feedback storms. Let's list a few of the major storms brewing:

Read more »
Posted by Angelo Agathangelou at 11:05 pm No comments: 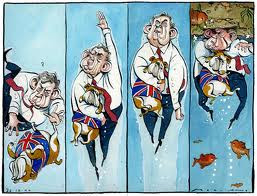 By Jim Willie: A nasty Golden Harp could soon have its cords plucked, with the resonance working to shake loose the bankster cover of improper illicit duplicitous and probably highly illegal usage of Allocated Gold Accounts. When diverse scattered accounts are pilfered and depleted without authorization in Switzerland, resulting in several multi-$billion class action lawsuits in Zurich, all kept dutifully out of the news, that is one thing. But when a few key official government gold accounts are ransacked in systematic fashion from established trusted locations, defying and betraying the trust of the German Govt and other national governments, that is quite another. To be sure, the system can tolerate ransacking and replacing with scurried harried efforts the Venezuelan gold account like in 2011. The media told the story with creativity and aplomb, avoiding the truth, inventing a tale, but finding a credible pile of dung to feed the public, which swallowed it whole. The global monetary war has been raging for four years, ever since the Lehman Brothers firm was targeted and destroyed with planning and motivated execution, for the benefit of Goldman Sachs full CDS redemptions and exploit by JPMorgan in war chest reload under cover of bankruptcy court orders. The media prefers regularly to refer to the global financial crisis incorrectly and improperly. A crisis passes after a year or so. This war lingers like WWI and WW2 and Vietnam, with a clear emerging agenda to defend the USDollar regime from global isolation shun, to conceal the USTreasury Bond support mechanisms in derivatives, to avoid the US banking system from grotesque insolvency but kept afloat by grand money laundering channels, and to motivate an endless war to secure resource thefts and control that center on oil fields and the poppy fields. Witness the slow gradual inexorable collapse of the global monetary and financial system.
Read more »
Posted by Angelo Agathangelou at 10:17 pm 2 comments:

Welcome to the USA: DHS-FBI bulletin on suspicious behavior at hotels adds to already long list of terrorism indicators.

That list can be expanded even further thanks to a joint Federal Bureau of Investigation (FBI) and Department of Homeland Security (DHS) bulletin dated July 26, 2010 (PDF courtesy of Public Intelligence).
According to the bulletin, there are a wide range of activities and behaviors that can be construed to be an indicator of terrorist activity, many of which are completely innocuous.
Most of the supposedly suspicious behaviors surround privacy, such as “Not providing professional or personal details on hotel registrations—such as place of employment, contact information, or place of residence.”
According to the FBI and DHS, “Refusal of housekeeping services for extended periods” is suspicious, along with “extended stays with little baggage or unpacked luggage.”
In other words, if you’d rather not run the risk of having your personal belongings rifled through by housekeeping staff or if you travel light, you just might be a terrorist.

Read more »
Posted by Angelo Agathangelou at 9:03 pm No comments:

Posted by Angelo Agathangelou at 5:01 pm No comments:

Posted by Angelo Agathangelou at 4:14 pm No comments:

Greek Journalists Resist: 'Where is the freedom of speech?'

Greek journalists have walked out of their jobs, angry at government censorship and changes to labour laws. This follows the suspension of two TV presenters, after they criticized the interior minister on air and denounced police for beating up activists detained during protests. RT talks to Panagiotis Sotiris, who's a sociologist from the University of the Aegean. Source
Posted by Angelo Agathangelou at 3:09 pm No comments: 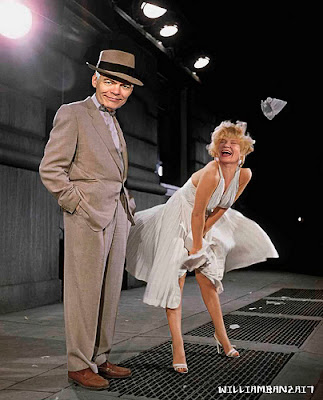 By Marc Champion: You have to hand it to Hungary's ruling Fidesz party. They are way out front when it comes to finding ingenious ways to plug the country's gaping deficit -- while not doing what the International Monetary Fund and common sense say they should.
The latest proposals include one to borrow at least 60 billion forint ($272 million) from Hungarian citizens by selling them euro-denominated bonds. Another would grant residency to foreigners willing to buy 250,000 euros of Hungarian government bonds.
True, deals that trade visas for investment aren't unique: The U.S. fast-tracks green cards for foreign job creators, and a new Senate proposal calls for foreign investors in residential property to get visas to stay in the U.S. But trading residence for loans, especially if the deal provides access to another 25 countries, would be new.
The Eurobond issue would prove problematic and costly. The bonds will pay an interest rate of euro-area inflation plus 2.5 percentage points, or today about 5.2 percent. That's more than what Hungary would pay to borrow far more significant sums from the IMF. But because Prime Minister Viktor Orban and his government don't want to sign up to IMF conditions, Hungary has to pay more.

Read more »
Posted by Angelo Agathangelou at 11:40 am No comments: 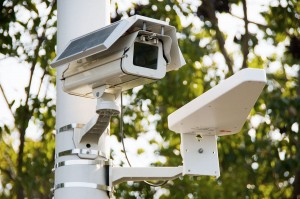 By Madison Ruppert: Yet again, a federal judge undermined the Constitution in a wholly disturbing fashion, this time by allowing police to install hidden surveillance cameras on private property without obtaining a search warrant.
This is especially troubling since the federal government has conducted more warrantless surveillance over the past two years than the entire previous decade. This court decision can only be expected to increase that already troubling number.
Let us not forget that the Obama administration has fought vigorously to hold on to their ability to conduct warrantless wiretapping while also claiming that cell phone location data is not protected by the Constitution and the Supreme Court recently refused to review a lawsuit challenging the warrantless surveillance program of the National Security Agency (NSA).
According to CNET, U.S. District Judge William Griesbach ruled “that it was reasonable for Drug Enforcement Administration agents to enter rural property without permission — and without a warrant — to install multiple “covert digital surveillance cameras” in hopes of uncovering evidence that 30 to 40 marijuana [plants] were being grown.”

Read more »
Posted by Angelo Agathangelou at 9:44 am No comments:

The Invisible Hand Is A Master of What the Public Ignores 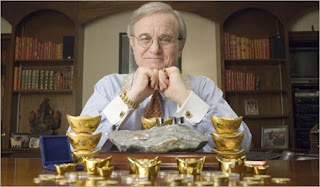 By Jim Sinclair: Here is a good recap of the countries that have abandoned the dollar as the world’s currency in the last few months.

CIGA Yahn
The Invisible Hand Is A Master of What the Public Ignores CIGA Eric
Those frustrated by timing gold have two choices.  Remove opinion and emotion by (1) turning off the quote machine and refrain from using leverage going forward, or (2) through mathematical study of money flows, confidence, and time to interpret the market.  The latter is much harder than the former.
Those expecting gold to transition from the power D-wave decline (DOWN) to C-wave advance (UP), thus, skipping the AB transition fail to recognize the importance of price management by the invisible hand to prevent what Jim Sinclair describes as follows:
The more money you create, the more money you must continue to create until it goes to infinity. You go cold turkey on money creation, you unleash the economic wrath of hell in the entire Western world. It all comes down in one great implosion. [1]
Russia and China would act immediately economically to take full and powerful advantage of your error in application. You have to wean a drug addict off the drug in order to not kill him in recovery. [1]
The stakes of this monetary game, not widely understood or well-played, are extremely high.

By Madison Ruppert: The cutting-edge technology being deployed on the various unmanned platforms, better known as drones, is nothing short of mind-bending.
To add to the long list of amazing drone technologies, Boeing has now demonstrated their Counter-electronics High-powered Advanced Missile Project (CHAMP), which is aimed at disabling and destroying any and all electronics.
Boeing is clearly quite proud of CHAMP, evidenced by a press release which states that the missile “may one day change modern warfare, by defeating electronic targets with little or no collateral damage.”
The test was carried out on October 16, 2012 by a Boeing Phantom Works team in concert with members of the U.S. Air Force Research Laboratory Directed Energy Directorate team along with Raytheon Ktech, which supplied the high power microwave source.
A video of the test can be found here (thanks to Discovery for the link):


Read more »
Posted by Angelo Agathangelou at 1:30 am No comments:

By Keith Weiner: The choice of the word “unadulterated” is not accidental.  There were many different kinds of gold standard, including what we now call the Classical Gold Standard, the Gold Bullion Standard, and the Gold Exchange Standard.  Each contained flaws; each was adulterated.

For example, in the Coinage Act of 1792, the government forced the price of one thing to be fixed in terms of another thing.  The mechanism was in Section 11:

“And be it further enacted, That ”the proportional value of gold to silver in all coins which shall by law be current as money within the United States, shall be as fifteen to one…”

Of course, people respond to such distortions.  When the government fixes the price of something too low, then people will hoard or export it.  If the price is fixed too high, then they will flood the market with it.