Bank Of England To The Fed: "No Indication Should, Of Course, Be Given To The Bundesbank..." 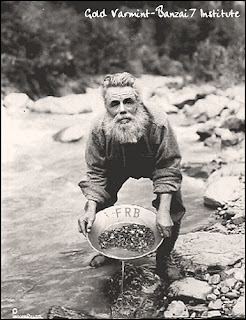 Submitted by Tyler Durden: Over the past several years, the German people, for a variety of justified reasons, have expressed a pressing desire to have their central bank perform a test, verification, validation or any other assay, of the official German gold inventory, which at 3,395 tonnes is the second highest in the world, second only to the US. We have italicized the word official because this representation is merely on paper: the problem arises because no member of the general population, or even elected individuals, have been given access to observe this gold. The problem is exacerbated when one considers that a majority of the German gold is held offshore, primarily in the vaults of the New York Fed, and at the Bank of England - the two historic centers of central banking activity in the post World War 2 world.
Recently, the topic of German gold resurfaced following the disclosure that early on in the Eurozone creation process, the Bundesbank secretly withdrew two-thirds of its gold, or 940 tons, from London in 2000, leaving just 500 tons with the Bank of England. As we made it very clear, what was most odd about this event, is that the Bundesbank did something it had every right to do fully in the open: i.e., repatriate what belongs to it for any number of its own reasons - after all the German central bank is only accountable to its people (or so the myth goes), in deep secrecy. The question was why it opted for this stealthy transfer.
This immediately prompted rampant speculation within various media outlets, the most fanciful of which, of course, being that the Bundesbank never had any gold to begin with and has been masking the absence all along. The problem with such speculation is that, while it may be 100% correct and accurate, there has been not a shred of hard evidence to prove it.

Jim Willie: Part1 - US recovery is a fairy tale + Part 2 - The rush for physical gold is on

Reading Between The Lines 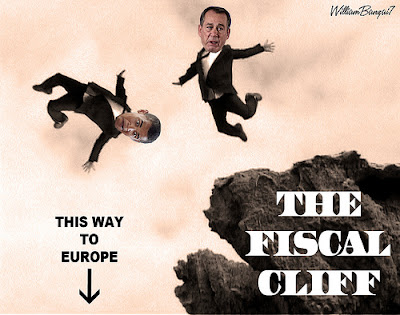 Mark J. Grant: Tomorrow the Wizard turns 620. I was out with him last night in a little pre-birthday celebration and I asked him how it felt to have that many years under his belt. He laughed and replied that being a Wizard had it occurred to me that he might not have started at one? No, I admit, I had not thought of that, which opened up a realm of possibilities that the old codger could actually be far older or far younger than was generally presumed. I then asked him if he planned to be around for his 630th birthday day and he replied that the odds were good. He said he had done a whole statistical model and that very few people died between 620 and 630 and so he was likely to make it to the next milestone. At the end of the evening, with a twinkle in his eye, he informed me that he would not be here on Saturday in any event. He said that he had learned something from the Europeans and that he was going to follow their lead. He informed me that he was going to get on his broomstick, fly across the international dateline and so never have an actual birthday. Then he will return to America and claim that the damn thing never happened. I guess he is still learning a thing or two!

Reading Between the Lines

One of the great faults with paying attention to Europe is to take what they tell you as factual. The media trumpets what they are given by the various sources of information in Europe but a quite skeptical eye is what is needed.

Read more »
Posted by Angelo Agathangelou at 6:55 pm No comments: Links to this post

Argentines flood the streets to protest against President Cristina Fernandez

Brandishing banners and banging on pots and pans, thousands of Argentines take to streets of Buenos Aires to protest against President Cristina Fernandez.

An estimated 700,000 people gathered around the city's landmark obelisk and other main avenues to march towards the Casa Rosada, the Argentine seat of government.
High crime, inflation of roughly 25 per cent a year, and a possible bid by government allies to reform the constitution to allow Ms Fernandez to run for a third term are also stoking unrest, particularly among middle-class Argentines.

With the democracy we have, society unravels and we end up with a jungle of Beasts. Our Current Democracy does not resemble its origins in Greece nor the traditions of Islam.

Read more »
Posted by Angelo Agathangelou at 4:08 pm No comments: Links to this post

Posted by Angelo Agathangelou at 2:46 pm No comments: Links to this post

By Madison Ruppert: In a letter penned on November 8, 2012, the heads of 20 of the nation’s largest aviation industry groups called on the Federal Aviation Administration (FAA) Acting Administrator Michael Huerta to continue to integrate Unmanned Aircraft Systems (UAS), better known as drones, into the American National Airspace System (NAS) in a timely manner.
The letter calls on the FAA to completely ignore the quite troubling privacy concerns posed by drones and thus the legal concerns surrounding the sharing of drone-collected surveillance between military and law enforcement.
“It is our belief that for FAA to succeed, the agency must remain focused on safety rather than privacy issues, where the FAA has no statutory standing or technical expertise,” the letter states.
In other words, they want the FAA to write off any and all privacy issues since they supposedly have “no statutory standing or technical expertise” without actually identifying where or when these concerns will be addressed.
It is worth noting that even some in Congress have questioned the expansion of drone use in the United States and those who support it tend to use some disturbing reasoning like citing the supposed benefits of using drones in a warzone (many of which are not true, by the way).
This lack of concern for privacy is especially troubling with new drone training facilities being built, some 110 potential drone bases already identified, the Department of Homeland Security’s increasing interest in small drones and the rise of mind-bending drone technologies.

Read more »
Posted by Angelo Agathangelou at 11:43 am No comments: Links to this post 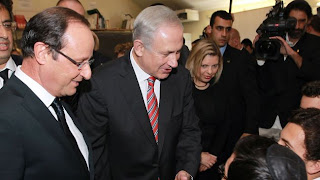 The ceremony was held on November 1 to commemorate a Rabbi and three Jewish children who were killed during a shooting in France’s southern city of Toulouse in March.

“Netanyahu came to France to campaign and we knew that,” Hollande said.


“Since I was there, he toned down his speech but it wasn’t good to transform this ceremony into an electoral meeting,” Hollande stated, adding, “It wasn’t appropriate.”

Last year, former French President Nikolas Sarkozy called Netanyahu “a liar” in a private meeting with US President Barack Obama during a G20 summit. He was not aware the microphones in the meeting room had been switched on.

According to a French interpreter, Obama replied, “You’re fed up with him but I have to deal with him even more than you.” Source

Posted by Angelo Agathangelou at 10:34 am No comments: Links to this post 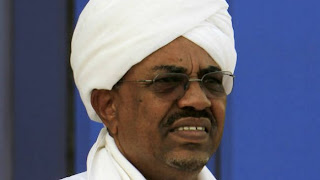 Sudan's President Omar al-Bashir has called Israel the country’s number one enemy and repeated Khartoum’s assertion that Tel Aviv carried out an October airstrike on an arms factory in the Sudanese capital.

"Israel is our enemy, our number one enemy and we will continue calling Israel our enemy," he said in Riyadh where he has received medical treatment, AFP reported on Thursday.

Hundreds of Sudanese staged a demonstration in Khartoum on the same day to condemn the strike.

Sudan has also asked the United Nations Security Council to condemn Israel for violating the country’s sovereignty and bombing the factory, but the 15-member council has so far failed to take any action.

Assad: Not a civil war, terrorism my enemy, no regrets for now

Syrian President Bashar Assad said that Syria is not going through a civil war, but rather a different kind of war – terrorism through proxies – involving either Syrians or foreign fighters from abroad.
Assad told RT that the West creates enemy scapegoats – from communism to Islam to Saddam Hussein. He accused Western countries of aiming to create a new enemy embodied by him.
And while western media outlets report that the crisis is solely between Assad and a Syrian opposition, the leader says that simply isn’t the case.
But in the case of a foreign invasion, Assad warned, the price would be more than the whole world could afford.
­


‘My enemy is terrorism and instability in Syria’

­RT: President Bashar al-Assad of Syria, thank very much for talking to us today.
Bashar Assad: You are most welcome in Damascus.
RT:There are many people who were convinced a year ago that you would not make it this far. Here again you are sitting in a newly renovated presidential palace and recording this interview. Who exactly is your enemy at this point?
BA: My enemy is terrorism and instability in Syria. This is our enemy in Syria. It is not about the people, it is not about persons. The whole issue is not about me staying or leaving. It is about the country being safe or not. So, this is the enemy we have been fighting as Syria.

By Madison Ruppert: The data mining industry is booming with no signs of slowing down thanks to increasing integration with other systems like facial recognition and an increasing reluctance to comply with any and all requests from users to maintain privacy.
Now a group of the largest data mining companies admitted to a bipartisan body of legislators in the House that they indeed mine social networks like Facebook for personal information which they then sell to third parties for advertising and “other purposes,” according to Hillicon Valley.
The admission came after Reps. Edward Markey and Joe Barton along with others “sent letters to nine major data brokerage companies asking how they collect, assemble and sell consumer information to third parties.”
Harte-Hanks, one of the firms that responded to the letters claimed that they only collect information “in accordance with [the social networking sites'] terms of service, and as authorized by the users.”
Similarly, Intelius stated that they only gather publicly available information like “screen names, website addresses, professional history, and interests.”
Other companies responding to the legislators’ letters said that they indeed collect and sell personal information but they don’t actually mine the data from social networking sites.
The companies claiming they didn’t mine from social networks said they use government agencies, financial institutions, telephone directories and mobile phones as their data sources.
Yet the lawmakers were left unsatisfied with the answers provided by the data mining companies while pointing out that many major questions remain unanswered.
“The data brokers’ responses offer only a glimpse of the practices of an industry that has operated in the shadows for years,” said the lawmakers in a joint statement.

Read more »
Posted by Angelo Agathangelou at 4:59 am No comments: Links to this post