Gold and the Cold War

There are now two great nations in the world, which starting from different points, seem to be advancing toward the same goal: the Russians and the Anglo-Americans... Each seems called by some secret design of Providence one day to hold in its hands the destinies of half the world.
Democracy in America, Alexis de Toqueville, 1835

De Toqueville’s amazing prediction in 1835 about the destinies of Russia and the Anglo-Americans was every bit the equal to those made by his illustrious French predecessor, Michel de Nostradame. 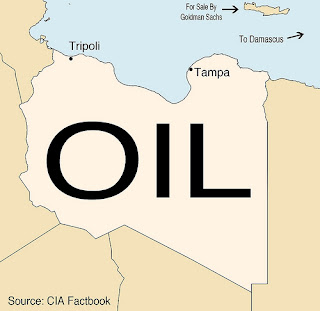 In the 1830s, Russia was a czarist empire and the US had fought its war of independence from England only 60 years before. The idea of Russia and the Anglo-Americans ..starting from different points advancing toward the same goal.. called by some secret design of Providence..to [each] hold .. the destinies of half the world was an extraordinary prediction, especially in 1835.

Nonetheless, 110 years later, just as de Toqueville predicted, Russia and the Anglo-Americans each advancing towards the same goal would become enemies in what would become known as the Cold War, an extraordinarily costly decades-long battle for economic hegemony and world dominion in the second half of the 20th century.

Read more »
Posted by Angelo Agathangelou at 11:00 pm No comments:
Email ThisBlogThis!Share to TwitterShare to FacebookShare to Pinterest

Population Domestication and The Secret of Food Prep

Steve Shenk is on fire, He sits down with Alex Jones to go over the food prep paradigm. Who will become scavengers, who will become leaders. Which is more important food or guns and many other strategies will be revealed. Source
Posted by Angelo Agathangelou at 9:24 pm No comments:
Email ThisBlogThis!Share to TwitterShare to FacebookShare to Pinterest

Nigel Farage - This Is My Single Greatest Fear "..bloody failure!" 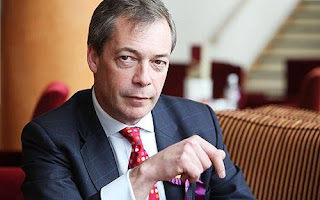 “I think the biggest worry is that we get some kind of total breakdown of confidence in society.  Of trust, in not just the government, but the police force and the army and everything else.  I genuinely fear that we are going to see very large scale confrontation in Southern Europe with an awful lot of people getting hurt or killed.  That’s my biggest fear.” Full story / KWN audio interview
Posted by Angelo Agathangelou at 8:58 pm No comments:
Email ThisBlogThis!Share to TwitterShare to FacebookShare to Pinterest 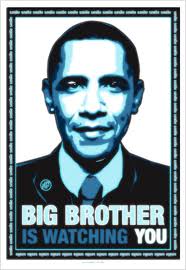 By Madison Ruppert: The Washington Post has reported that Obama himself signed a classified cyberwarfare policy directive, which is especially interesting given that the Cybersecurity Act of 2012 just failed on a 51-47 vote in the Senate, according to Hillicon Valley.
The Cybersecurity Act of 2012 met some early opposition among the likes of John McCain (who introduced his own legislation to compete) and apparently even with its prominent supporters it was not able to pass.
Yet the United States government is likely not at all concerned since Obama went ahead and signed a secret policy directive that “effectively enables the military to act more aggressively to thwart cyber­attacks on the nation’s web of government and private computer networks,” according to The Washington Post.
Obviously the most interesting – and, arguably, alarming – bit of that statement is, “and private computer networks.”
This is especially interesting because the National Defense Authorization Act (NDAA) of Fiscal Year 2012 actually included an offensive cyberwarfare provision, although it did not specifically state that private computer networks could be brought under government control.
Indeed, while the language of “defense” is regularly used, as it is in the above Washington Post article, one can quite easily notice that private networks would undoubtedly be placed, at least to some extent, in government hands, regardless of defense needs.

Read more »
Posted by Angelo Agathangelou at 7:05 pm No comments:
Email ThisBlogThis!Share to TwitterShare to FacebookShare to Pinterest

US Lawmaker asks to be paid in gold 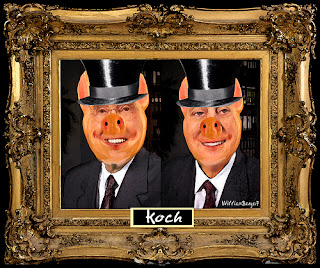 Read more »
Posted by Angelo Agathangelou at 5:21 pm No comments:
Email ThisBlogThis!Share to TwitterShare to FacebookShare to Pinterest

Israel is bombarding Gaza for a second day, with 13 Palestinians killed, including four children, and over 100 injured. The attack’s timing is under question with a looming Israeli election, as is the precision of airstrikes which kill civilians.
A Palestinian youth walks amid destruction following an Israeli air strike on a residential neighbourhood in Gaza City in the early hours of November 15, 2012. (AFP Photo / Mahmud Hams)
­RT: Israel’s military operation started on Wednesday with a strike killing Hamas military leader Ahmed Jabari. Since then, reports say, the IDF has struck around 200 targets in Gaza. Furthermore, Israel is threatening to go as far as initiating a ground operation, sparking fears of a repetition of the Cast Lead scenario.
The Israeli Defense Force (IDF), which has engaged in a Twitter showdown since the very beginning of the strikes, said it targets only “terror sites”. However, this has been questioned by witnesses on social media who point out that only four people of the 13 so far killed by Israeli airstrikes were Hamas militants, while the rest were civilians, including women and children.
Civilian casualties included the baby of BBC Arabic journalist Jihad Masharawi, who lost his 11-month-old son, along with his sister-in-law. He also has a brother wounded by a strike.

Read more »
Posted by Angelo Agathangelou at 3:10 pm No comments:
Email ThisBlogThis!Share to TwitterShare to FacebookShare to Pinterest

By Morris: I can only speculate as to what the real motive is. Strange that like the "Cast Lead" operation this is happening at the turn of a presidential campaign. Is Israel using up the last of Clinton before she departs? Or is she looking for a deceptive excuse to mobilise for a syria attack. Or is she seeing how far Iran will go in supporting Egypt and Hamas? Source
Posted by Angelo Agathangelou at 1:25 pm No comments:
Email ThisBlogThis!Share to TwitterShare to FacebookShare to Pinterest

By Morris: Hamas has its roots in the Muslim Brotherhood. How much loyalty will the new Egyptian Government show to Gaza? I also ask if the Protests in Jordan are provoked to bring down the Government. Source
Posted by Angelo Agathangelou at 11:31 am No comments:
Email ThisBlogThis!Share to TwitterShare to FacebookShare to Pinterest 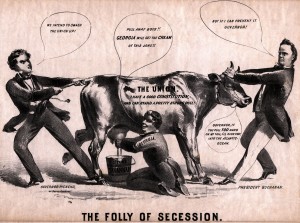 By Brent Daggett: An uproar over the reelection of President Barack Obama last Tuesday led to individuals residing in every single state filing petitions to secede from the Union.
In order for any White House petition to be considered, those circulating a petition need to gather 25,000 signatures.
As of November 14, the White House website shows that over 105,000 individuals have signed a petition to allow Texas to secede, all gained since November 9.
The petition, filed by Arlington, Texas resident Micah H. states:
“The US continues to suffer economic difficulties stemming from the federal government’s neglect to reform domestic and foreign spending. The citizens of the US suffer from blatant abuses of their rights such as the NDAA, the TSA, etc. Given that the state of Texas maintains a balanced budget and is the 15th largest economy in the world, it is practically feasible for Texas to withdraw from the union, and to do so would protect it’s citizens’ standard of living and re-secure their rights and liberties in accordance with the original ideas and beliefs of our founding fathers which are no longer being reflected by the federal government.”
However, the petitions are not just geared to mostly republican leaning states.
The Daily Caller reports as of November 14, every single state has signed petitions for secession and have placed the petitions in two categories:
Open petitions (still requiring signatures to reach the 25,000 mark):

Read more »
Posted by Angelo Agathangelou at 7:53 am No comments:
Email ThisBlogThis!Share to TwitterShare to FacebookShare to Pinterest

Ouch! The Bundesbank Kicks The Fed In The Balls 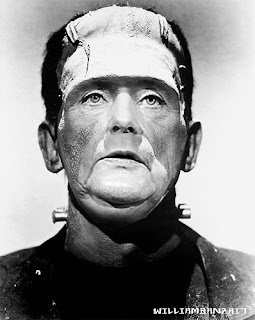 By Wolf Richter: “Yellen and Cisco lift US stock futures,” the headline read enticingly in the morning. Priceless. Their combined pronouncements were driving up the markets, it seemed. Cisco CEO John Chambers is famous for adding adjectives during earnings calls that cause or predict crashes; his use of “very lumpy“ to describe demand for Cisco products in November 2007 unleashed a round of mayhem. But to everyone’s great relief, he kept any errant adjectives to himself during the earnings call, though he did admit that the “macroeconomic environment” was “challenging” and that “order trends in Europe” were “very challenging.” But not “very lumpy.”
The other spark that goosed the futures, according to the headline, wasn’t a corporate giant, but Federal Reserve Vice Chairman Janet Yellen who is rumored to have a shot at becoming Chairman, if Ben Bernanke decides to abandon ship in early 2014. Her words weigh. So late yesterday, she extended the Fed’s Zero Interest Rate Policy (ZIRP) even further. It had already been extended and re-extended and now is scheduled to run until mid-2015. But she extended it to eternity apparently when she said that she was “strongly supportive” of decoupling rate increases from the calendar and pegging them instead to the unemployment rate.
She followed in the footsteps of Chicago Fed President Charles Evans, who’d proposed to keep ZIRP effective until the unemployment rate dropped to 7%. Minneapolis Fed President Narayana Kocherlakota too had backed that idea, but his trigger would be an unemployment rate of 5.5%! An elusive date is to be replaced by an equally elusive unemployment rate. ZIRP forever!

Read more »
Posted by Angelo Agathangelou at 6:34 am No comments:
Email ThisBlogThis!Share to TwitterShare to FacebookShare to Pinterest

'We have no future!' EU anger unites millions in protest (PHOTOS, VIDEO)


RT: Massive anti-austerity strikes and protests swept across Europe as millions took to the streets to express their frustration over rising unemployment and dire economic prospects. Many rallies ended with violent clashes with police.
Workers marched in 23 countries across Europe to mark the European Day of Action and Solidarity.
General strikes had been called in Spain and Portugal, paralyzing public services and international flights, in Belgium and France transport links were partially disrupted by strikes and demonstrations, in Italy and Greece thousands of workers and students marched through the streets.
Other EU countries, such as Germany, Austria and Poland, saw well attended union-led rallies.
The Europe-wide strike action, the largest in a series of protests against the austerity policies, was coordinated by the European Trade Union Confederation (ETUC) and promoted on Twitter under the “#14N” hashtag.

Read more »
Posted by Angelo Agathangelou at 3:41 am No comments:
Email ThisBlogThis!Share to TwitterShare to FacebookShare to Pinterest