Everyday Anarchy
By Stefan Molyneux:
INTRODUCTION
It's hard to know whether a word can ever be rehabilitated -- or whether the attempt should even be made.
Words are weapons, and can be used like any tools, for good or ill. We are all aware of the clichéd uses of such terms as "terrorists" versus "freedom fighter" etc. An atheist can be called an "unbeliever"; a theist can be called "superstitious." A man of conviction can be called an "extremist"; a man of moderation "cowardly." A free spirit can be called a libertine or a hedonist; a cautious introvert can be labeled a stodgy prude.
Words are also weapons of judgment -- primarily moral judgment. We can say that a man can be "freed" of sin if he accepts Jesus; we can also say that he can be "freed" of irrationality if he does not. A patriot will say that a soldier "serves" his country; others may take him to task for his blind obedience. Acts considered "murderous" in peacetime are hailed as "noble" in war, and so on. 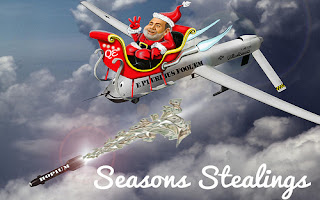 Transcribed from a speech given by Paul Singer of Elliott Management
Investing is an art, more so than a science. And for me, what I get paid for is managing the “dark art,” if you will, of risk management and trying to be a visionary and having a dark vision at all times about what can go wrong.
It’s a particularly fruitful and impactful time to be thinking about risk management and the thing I want talk about today is what I’ve described as “The Shape of the Next Crisis.” That doesn’t mean we’re going to be talking about the timing of it or exactly what to short or how to make money from it. But it’s to provoke thought about what the elements are, the current landscape, the various aspects that will shape the timing, as well as the amplitude, the predictability, the suddenness of the next crisis.
It’s not something that I can talk about in any kind of hierarchical fashion. There are a number of elements that are in play, some of which are novel, completely new in virtually the human landscape.
But they combine in what I think of, when I’m thinking of risk management and how to hedge my portfolio, what I think of as kind of “an evil stew.”
But here they are, and it should be obvious when you really think about it, but you have to bring these elements from other facets of life to see how they impact trading and investing.

Michael Ratner: Pres. Obama debating rules that allow him to kill extra-judicially anyone considered an enemy combatant anywhere in the world including US citizens and by logical extension, within the United States Source
Posted by Angelo Agathangelou at 6:25 pm No comments:

Submitted by Tyler Durden: For those who think any documented presentation of the physical gold held by the world's oldest central bank usually takes place on a movie set in Burbank, CA here is a video featuring University of Nottingham's chemistry professor Professor Martyn Poliakoff (of all people) from within the bowels of the world's second largest gold repository supposedly disproving this (whose comment "one's first reaction is that it can't possibly be real" may be far more accurate than he can possibly imagine). Why the BOE would change its long held tradition of keeping its gold miles away from the public's eye (very much the same way Bob Pisani's dramatic descent into the GLD vault was a straight-to-DVD B-grade thriller) is anyone's guess, especially now that Goldman is about to take the helm of this most venerable of money-printing institutions. But we are delighted they have: we are confident with this precedent set, that the New York Fed will promptly grant some US chemistry professor the right to inspect and "document" the hundreds of tons of flood-resistant gold it too holds safely 80 feet underground, it not a member of the German parliament of course. Finally, if anyone can see Bundesbank's gold bars, please raise your hand. Source
Posted by Angelo Agathangelou at 5:58 pm No comments:

Russia will not allow Libyan scenario in Syria: Lavrov 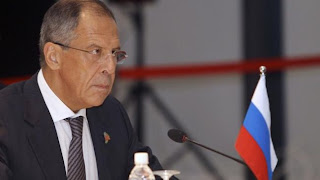 Press TV: Russian Foreign Minister Sergei Lavrov has expressed Moscow’s strong opposition to repetition of the Libyan scenario in the conflict-stricken Syria, stressing that the Kremlin will not allow such a thing happen again.


“We’ll not allow the Libyan experience to be reproduced in Syria. Unfortunately our Western partners have departed from the Geneva accords and are seeking the departure of [Syrian President] Bashar al-Assad,” RIA Novosti news agency quoted Lavrov as saying on Sunday.

He went on to note that Russia had not been involved in any talks on Assad’s future, dismissing speculation that Moscow was preparing for the Syrian leader’s departure.


"We are not holding any talks on the fate of Assad," Lavrov said. "All attempts to present the situation differently are rather shady, even for the diplomacy of those countries that are known for striving to distort facts in their own favor."

'Killing Palestinians is popular in Israel around election time'


Israel’s so called 'Pillar of Cloud' was state terrorism! What is the Israeli lobby in the US, and what does the Arab lobby have to counter it with? To get some answers, RT sat down with former US Assistant Secretary of Defense Chas Freeman.
On November 14, Ahmed Jabari, Hamas' military leader in Gaza Strip, was killed in an Israeli Defense Forces (IDF) airstrike. It signaled the beginning of the IDF's Operation Pillar of Cloud, which Tel Aviv said was aimed at halting indiscriminate rocket fire into Israeli territory from the strip.

During the eight-day operation, the despotic Israeli regime struck over 1,500 sites in Gaza, occasionally including Hamas command posts and government buildings with high tech weapons and napalm. Israeli regime forces killed over 160 Palestinians, the majority of them civilians. Hamas responded with stones and large home made fireworks with home made explosives attached, some reaching as far as Tel Aviv. Hamas retaliation left six members of the Israeli regime dead. Hundreds of people were injured on both sides.

Read more »
Posted by Angelo Agathangelou at 1:39 pm No comments:

It’s Official: The Consumer (And The Economy) Is Alive and Dead

By Wolf Richter: Friday’s plunge in consumer sentiment—from 82.7 during the post-election glory days to 74.5—was hastily ascribed to the Fiscal Cliff which, much like Sandy, is recruited to explain everything that doesn’t go according to plan. And a lot hasn’t gone according to plan.
On Thursday, it was the Gallup/Wells Fargo survey of small-business owners that had thrown a monkey wrench into the hope machinery. Small-business owners are generally an optimistic bunch, and they’re key job creators. But they suddenly decimated their hiring plans to the record low set in November 2008, the catastrophic post-Lehman days. Back then, it was followed by massive and brutally rapid layoffs.
“An eye-opening drop in optimism,” mused Marc Bernstein, head of Small Business for Wells Fargo. 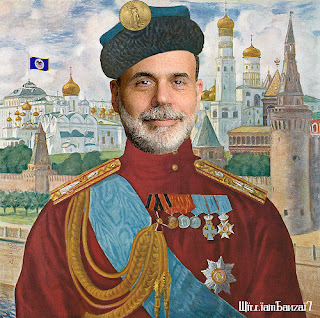 Consumers have been giving mixed signals. For example, the Restaurant Performance Index, released on November 30, fell in October for the second month in a row and hit 99.5, the lowest level in 14 months. It was the first time during that period that it dropped below 100, indicating contraction.
Then on Friday, Gallup’s consumer spending report was a bit lumpy. At $73 in self-reported daily spending, it was flat in November compared to the prior two months, and down from a post-crisis high of $77 in August. Still, it was up two bucks from last year. Ominous sign: those making more than $90,000 a year throttled back their spending to $113, the worst November since 2008. Spending by lower income Americans, who have to shell out just about everything they to keep their chin above water, remained stagnant. But, but... spending picked up around Black Friday and Cyber Monday and is tracking higher in early December.

Read more »
Posted by Angelo Agathangelou at 10:49 am No comments:

Deek Jackson "The new testament is a load of bollocks!"
Posted by Angelo Agathangelou at 10:11 am No comments: 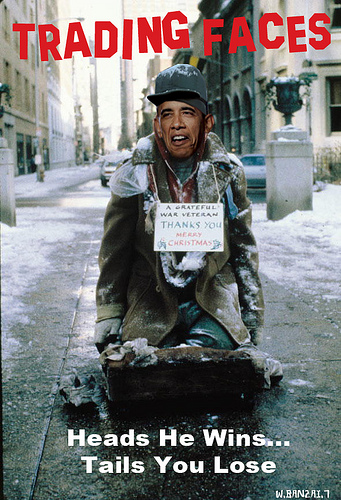 Read more »
Posted by Angelo Agathangelou at 8:18 am No comments: 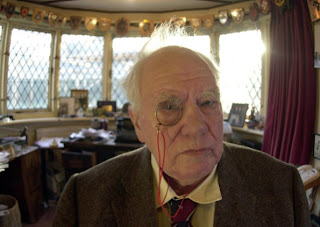 Patrick Alfred Caldwell-Moore, (4 March 1923 – 9 December 2012) was an English amateur astronomer who attained prominent status in that field as a writer, researcher, radio commentator and television presenter.
Moore was a former president of the British Astronomical Association, co-founder and former president of the Society for Popular Astronomy (SPA), author of over 70 books on astronomy, and presenter of the world's longest-running television series with the same original presenter, The Sky at Night on the BBC. As an amateur astronomer, he became known as a specialist on observing the Moon and creating the Caldwell catalogue; he was involved in the lunar mapping used by the Apollo program. Idiosyncrasies such as his rapid diction and monocle made him a popular and instantly recognisable figure on British television.
He holds the Guinness world record for the longest continuous tenure as presenter of a single television programme, having presented The Sky At Night from 24 April 1957 until his death, over 55 years.
Moore was also a self-taught xylophone and piano player, as well as an accomplished composer and a former amateur cricketer, golfer and chess player. In addition to his many popular science books, he wrote numerous works of fiction. Moore was an opponent of fox hunting, an outspoken critic of the European Union and served as chairman of the short-lived anti-immigration United Country Party. He served in the Royal Air Force during World War II; his fiancée was killed by a bomb during the war and he never married or had children. Source/Wikipedia

Posted by Angelo Agathangelou at 1:28 am No comments:

Aziz: Emotionally, I love Iceland’s financial policies since the crash of 2008:
Iceland went after the people who caused the crisis — the bankers who created and sold the junk products — and tried to shield the general population.
But what Iceland did is not just emotionally satisfying. Iceland is recovering, while the rest of the Western world — which bailed out the bankers and left the general population to pay for the bankers’ excess — is not.
Bloomberg reports:


Few countries blew up more spectacularly than Iceland in the 2008 financial crisis. The local stock market plunged 90 percent; unemployment rose ninefold; inflation shot to more than 18 percent; the country’s biggest banks all failed.
This was no post-Lehman Brothers recession: It was a depression.
Since then, Iceland has turned in a pretty impressive performance. It has repaid International Monetary Fund rescue loans ahead of schedule. Growth this year will be about 2.5 percent, better than most developed economies. Unemployment has fallen by half. In February, Fitch Ratings restored the country’s investment-grade status, approvingly citing its “unorthodox crisis policy response.”

So what exactly did Iceland do?

Read more »
Posted by Angelo Agathangelou at 1:22 am No comments: