Shannon said, “Israel troops were standing 200 to 250 meters away from us, and it was clear that we were journalists, standing right behind the farmers."

"Getting To The Bottom Of It All" 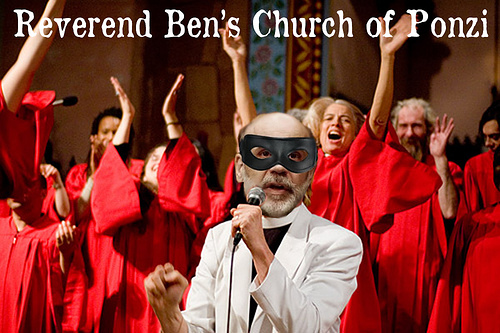 Bill Buckler: To put the magnitude of the current global fiscal and financial profligacy in perspective, The Privateer has in the past made use of a simple illustration. As the “fiscal cliff” looms and as the US Treasury’s debt “subject to limit” grows to about $US 60 Billion below that “limit”, we make the point again. How is it possible for a nation of almost 100 million people to survive - and indeed prosper exceedingly - when the government of that nation has a TOTAL debt of about $US 2 Billion? That question is asked in the context of today. Today, that same nation has a population of a bit more than 300 million people and is “run” by a government whose funded debts approach $US 16,400 Billion and whose TOTAL debts (funded and unfunded) are in excess of $US 200,000 Billion? That is the record of the US over the past century. Its population has tripled. Its government debt has grown by a factor of 100,000.

Read more »
Posted by Angelo Agathangelou at 6:50 pm No comments: Links to this post


Read more »
Posted by Angelo Agathangelou at 5:42 pm No comments: Links to this post

Morris: Nasrallah spoke to the students graduating from the 23rd year of Hezbollah's "Taabia'a Tarbawiya" (Educational Youth Association). Mr Lebanese resistance explains what he said.... Nasrallah spoke about Lebanon, Syria and Gaza Source
Posted by Angelo Agathangelou at 4:15 pm No comments: Links to this post

The European Court of Human Rights found the CIA guilty of torturing and raping a terror suspect for the first time ever. A German citizen was illegally detained, tortured and sodomized by a CIA “rendition team" after being mistaken for an al-Qaeda member.

RT: The Strasbourg-based court has unanimously ruled that German citizen Khalid el-Masri was tortured by a CIA ‘rendition team’.
The court also found the state of Macedonia guilty of secretly imprisoning, abusing and torturing Khalid el-Masri, a German citizen of Lebanese origin, and ordered €60,000 in compensation to be paid to the former detainee. The Macedonian government denied any involvement in the kidnapping.
James Goldston, executive director of the Open Society Justice Initiative, told the Guardian that the ruling of the Grand Chamber of ECtHR should become a wake-up call for the Obama administration and US courts. For the US Congress to continue avoiding serious scrutiny of CIA activities is going to be "simply unacceptable", Goldston said.
Ben Emmerson, the UN special rapporteur on human rights and counter-terrorism, believes the ECtHR ruling is “a key milestone in the long struggle to secure accountability of public officials implicated in human rights violations committed by the Bush adminsitration CIA in its policy of secret detention, rendition and torture”.
Emmerson suggested that the US government must issue an apology for its "central role in a web of systematic crimes and human rights violations by the Bush-era CIA” and pay voluntary compensation to Khalid el-Masri. In turn, Germany should seek the US official involved in this case to be brought to trial.

Read more »
Posted by Angelo Agathangelou at 1:26 pm No comments: Links to this post

"God sacrifices himself to himself to save us from himself?" yet, on the fundamental question - evolution or creation? - Americans are on the fence. According to one survey, while 61% of Americans believe we have evolved over time, 22% believe this evolution was guided by a higher power, with another 31% on the side of creationism. For some, modern science debunks many of religion's core beliefs, but for others, questions like "Why are we here?" and "How did it all come about?" can only be answered through a belief in the existence of God. Source
Posted by Angelo Agathangelou at 11:16 am No comments: Links to this post

Posted by Angelo Agathangelou at 10:30 am No comments: Links to this post

The Price Of “Collective Trauma”: Greece At The Brink of Civil War 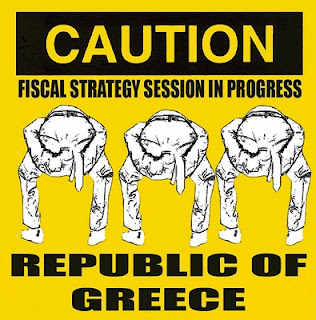 By Wolf Richter: “I’m wondering how much this society can endure before it explodes,” said Georg Pieper, a German psychotherapist who specializes in treating post-traumatic stress disorders following catastrophes, large accidents (including the deadliest train wreck ever in Germany), acts of violence, freed hostages.... But now he was talking about Greece.
He’d spent several days in Athens to give continuing education courses in trauma therapy for psychologist, psychiatrists, and doctors—for free, this being a country in crisis. He was accompanied by Melanie Mühl, an editor at the daily paper Frankfurter Allgemeine. And in her report, she decries how “news consumers” in Germany were fed the crisis in Greece.
It was “no more than a distant threat somewhere on the horizon,” defined by barely understood terms, such as bank bailout, haircut, billion-euro holes, mismanagement, Troika, debt buyback.... “Instead of understanding the global context, we see a serious-faced Angela Merkel getting out of dark limos in Berlin, Brussels or elsewhere, on the way to the next summit where the bailout of Greece, and thus of Europe, is to be moved forward another step” [also read... The Curse Of The “Irreversible” Euro].
But what is really happening in Greece is silenced to death in the media. Pieper calls this phenomenon a “giant feat of repression.”
And so they report their findings that cannot be dressed up in the by now normal euro bailout jargon and acronyms. There were pregnant women rushing from hospital to hospital, begging to be admitted to give birth.

RT: Frankie Boyle, best known for his controversial jokes and caustic humor, has donated £50,000 to help Britain’s last prisoner languishing in Guantanamo, Shaker Aamer, to sue MI6.
Frankie Boyle – a controversy courting British comic- has announced he is giving the £50,000 he won in compensation from a recent libel victory against the Daily Mirror newspaper towards a landmark legal attempt to sue Britain’s security services over accusations they have defamed Shaker Aamer.
Boyle unveiled his plan with Reprive, the British-American charity, which has a long history of representing Guantanamo inmates.
The director of Reprieve Clive Stafford Smith admitted that the legal action will chart untested legal waters, but that it was important they are explored. 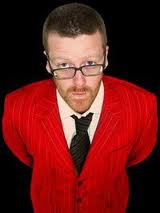 “If the Daily Mirror says something bad about Frankie that humiliates him then he has the right to sue. If, on the other hand, a far more powerful organization, the British government and their agents, say something about Shaker – whereby instead of being humiliated he’s banged up in prison for eleven years for something he patently didn’t do and something he’s never been charged with – then the British government’s position is that Shakar can do nothing,” he explained.
Aamer has been cleared for release by the US, but has not yet been released because the US insists on sending him to Saudi Arabia. Although he has Saudi nationality with his British residency, his wife and four children live in London. The British government is supportive of him returning to the UK but the Americans have so far refused to hand him over.

How to avoid uncomfortable congressional hearings on Libya - by Hilary Clinton

The State Department says Secretary of State Hillary Rodham Clinton, who skipped an overseas trip this past week because of a 'stomach virus', 'sustained a concussion after fainting' and 'will not attend congressional hearings' into the sham of the September 11th attack against the diplomatic outpost in Libya. Source
Posted by Angelo Agathangelou at 4:43 am No comments: Links to this post

The Chabad Are Programming Us All - Morris

Morris: For over a hundred years a very small group of people have taken over one nation after another. We have been socially engineered to be selfish consumers and not to concern ourselves with other people that we don't know - like those we are bombing. The Chabad Lubavitch seem to be the most powerful people on earth ..... Most of us are content to eat and sleep and therefore we have been manipulated. But we have mostly ended up in debt with increasing alienation, left to show homage to imposed icons. Source
Posted by Angelo Agathangelou at 3:01 am No comments: Links to this post

An open letter to David Cameron, the Prime Minister of the United Kingdom of Great Britain and Northern Ireland, from Mrs N Turner
Dear Mr Cameron,

I and many other people were stunned by the quotes from Mr Andrew Bailey, the chief executive-designate of the Prudential Regulation Authority, which were reported in the Daily Telegraph yesterday (December 14th, 2012).
Mr Bailey seems to have confirmed that, irrespective of their criminal actions, banks are not only “too big to fail”; they are also “too big to prosecute”. In an interview with the Telegraph, Mr Bailey said that prosecuting banks and by implication their executive and non-executive directors,


“would be a very destabilising issue. It’s another version of too important to fail. Because of the confidence issue with banks, a major criminal indictment, which we haven’t seen and I’m not saying we are going to see… this is not an ordinary criminal indictment.”
Mr Cameron, unless I am completely mistaken, Mr Bailey seems to be telling us that banks, and therefore bankers, are now officially considered to be above the law in this country and that, in the interests of confidence in the banking industry (which is already at rock bottom among the British public, and therefore can hardly sink any lower), they cannot be prosecuted.
I am writing to ask you, as Prime Minister, for some clarification.

Read more »
Posted by Angelo Agathangelou at 12:52 am Links to this post