German Central Bank Warns Of "Incendiary" Monetary Policy + Paying With A Hundred Dollar Bill? Prepare To Fill Out A Form 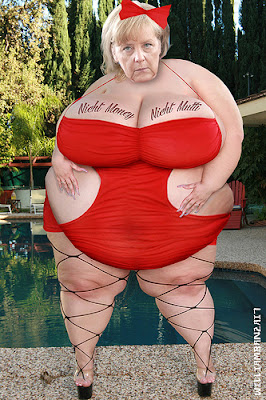 Submitted by Tyler Durden: "The euro crisis is certainly not over yet," is how the Bundesbank's Jens Weidmann begins this intriguingly honest interview, adding that, resolution "will take some time." Perhaps his most telling statement comes early on when he explains that "believing that everything is okay now simply because the situation on the financial markets has eased is an illusion and does not help matters," as imbalances remain unresolved. From French un-competitiveness to Italy's potential about-turn on reforms, the outspoken German then goes on to address a critical point: "There are indeed some who see a solution to the crisis in the shape of higher inflation. I would regard such an approach as potentially incendiary. Once you allow inflation, it becomes very difficult to tame. In the short term, our projections show no excessive increase in prices. However, I would caution against underestimating the medium to long-term risks to stability. There must be no doubt that, when the time is right, we will tighten monetary policy."


Interview with Jens Weidmann, President of the Deutsche Bundesbank
The interview was conducted by U. Dönch, J. Quoos und A. Wendt.
Translation: Deutsche Bundesbank
Mr Weidmann, the Bundesbank increased its risk provisioning to €14 billion this week because of the euro crisis. Does that mean you expect the worst is yet to come?
We have been engaged in a three-year process of building up provisions. These reflect the risks of monetary policy and of central bank crisis measures. The euro crisis is certainly not yet over. Resolving the crisis in lasting fashion will still take quite some time.

Paying With A Hundred Dollar Bill? Prepare To Fill Out A Form

Submitted by Tyler Durden: While depositors in Europe are having their money confiscated outright by their less than friendly governments and despotic, tyrannical politicians who will do everything in the name of "equality, fraternity and of course liberty" or, said otherwise, preserving their careers and the status quo while throwing their taxpayers and voters into the firepit of Keynesian and monetarist idiocy, in the US a different form of capital control may be taking shape. NBC reports from Rhode Island, where a local restaurant chain is now demanding that any clients paying with $100 bills also provide their name, phone number, and drivers' license. By doing this - supposedly in the name of avoiding counterfeiting but don't you dare mention fake bill spotting markets or UV light - it eliminates the only upside that paper money had over electronic transactions: anonymity. How soon before all other retailers and vendors decide that it is a good idea to demand their clients' personal info, for the sake of avoiding counterfeiting of course, first in all $100 bill transactions, then $50, then $20, and so on?
And with the government already cracking down and commencing the regulation on BitCoin, maintaining gold tender is illegal and demanding tax records for all purchases and sales, and providing zero benefits to bank savers in the form of ZIRP, what is conflicted US consumer to do? Why spend of course, fully aware that every even cash-based transaction will be recorded for posterity, and for the benefit of Big Brother.
From NBC:

A local restaurant chain is now asking customers to fill out a form before paying with a 100. They say that's because they are often on the losing end off counterfeit $100 bills.

Bob Bacon, owner Gregg's restaurants, said his four locations have received 5 fake $100 bills in the last three months. "When this happened once a year, it was kinda the cost of doing business," said Bacon.

This starts to happen as frequently as it has since December, then it becomes something you at least have to do something about," Bacon told NBC10 News.

The form asks for name, phone number, and drivers license number, which Bacon says is like what some places ask for from check users.

Bacon does not think his customers are the counterfeiters. He says, "We're not getting the information so we can call up and say, you owe us a hundred dollars. That's not it at all. It's not about restitution. It's about gathering information and being able to maybe create a paper trail that leads to some resolution on this and maybe finding the origin of it."

Bacon admits some customers have complained about the new policy. But he also adds the restaurants have not gotten any fake $100 bills since the policy was implemented 10 days ago.

And the video for the reading-challenged:
News, Weather and Classifieds for Southern New England