CRASH2: The When of Yen and the Zen of Ben

Why is everything the Wrong Way Round?
“We’re playing all the right notes Sunshine…”
The Slog: Yesterday, ThomsonReuters noted that, of the 116 second-quarter earnings pre-announcements given by S&P 500 companies, 93 of them have been negative, while only 14 have been positive. For those of you like George Osborne and Geli Merkel who find real numbers just too boring dahling, that’s a 6.6 negative to positive ratio – the worst in nearly twelve years. 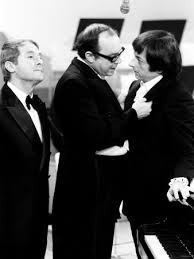