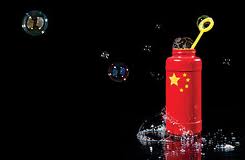 By Michael Pettis:  The latest default bull argument supporting higher levels of growth in China than I believe possible is the urbanization argument. Beijing is planning another major urbanization push, and according to this argument China can resolve the problem of wasted investment by investing in the urbanization process, that is it can engage in a massive investment program related to the need to build infrastructure for all the newly urbanized. Here is the Financial Times on China’s urbanization policy:

Li Keqiang, the country’s recently appointed premier, has vowed to put urbanisation at the core of his economic and social agenda. Government departments are drawing up a set of policies, expected to be announced this year, that are intended to guide more than 100m rural citizens into cities over the next decade.


The prospect of a concerted push for urbanisation is viewed with excitement by everyone from mining companies to property developers and local officials to stock brokers. As China’s growth slows, they hope the urbanisation campaign will give the country a boost. They are counting on it to unleash a fresh wave of investment, create a vast body of consumers and ultimately propel China past the US as the world’s biggest economy.
China, which is already highly urbanized for such a poor country, is determined to urbanize further, and Beijing plans to move hundreds of millions more people out of the countryside and into the city.
Moving so many people off their farms and into new cities should create a surge in demand for housing and infrastructure, so much so, that urbanization has become the new reason to predict that Chinese growth rtes have already bottomed out and will soon begin to surge again.
With so much future demand for apartments, roads, hospitals, schools, subway systems, and so on, after all, how could China not possibly grow by 7% or 8% a year for many, many more years? Tom Holland has a good, if skeptical,summary of the bull argument in the South China Morning Post.


Any conversation about China these days rapidly turns into a discussion about the economic promise of urbanisation. Urbanisation is not just the centrepiece of new Premier Li Keqiang’s economic policies. According to enthusiasts, it is the engine that will power China’s future development, justifying sky-high investment levels, and even propelling a long-sought switch to a more sustainable consumption-driven growth model.


Believers in the potential of urbanisation point out that today only just over half of China’s population lives in cities. If that proportion were to rise over the next couple of decades to 75 per cent, in line with the rich world’s levels, they reckon 300 million people – equivalent to the entire population of the United States – will have to migrate from the countryside to the cities.


To accommodate them, China would have to build a new city the size of Shanghai every year for the next 20 years. That would entail massive investment in housing and infrastructure, supporting everything from commodity to property prices. What’s more, argue the enthusiasts, because city-dwellers earn more than their country cousins, urbanisation will boost consumer demand, accelerating China’s economic rebalancing.
Like so many of the earlier bull arguments, however, this new belief that urbanization is the answer to China’s growth slowdown is based on at least one fallacy and probably more. The first and obvious reason is that urbanization is not an act of God, and therefore indifferent to earthly conditions. Urbanization itself responds to growth. Countries do not grow because they urbanize, in other words, they urbanize because they are growing and there are more good, productive jobs in the cities than in the countryside. In that sense urbanization is not a growth machine. It is simply a pro-cyclical process that accommodates growth when growth is rising and reduces it when it falls.
And pro-cyclicality is a bad thing, not a good thing. It means that increases in growth are enhanced but reductions in growth are exacerbated, so it adds costly volatility to the economy. As the economy slows, in other words, urbanization itself slows, thus subtracting economic activity. In May I re-read Eric Hobsbawm’s excellent book, The Age of Capital, and remember his pointing out that within three years after the 1873 crisis the number of European immigrants landing on Ellis Island dropped by nearly 70%. Do not expect, in other words, migration to stay high once growth drops.
The second, more important, reason is a little more complex and has to do with the source of urbanization. Let me explain by using an example. Let us assume the state government of Illinois decides to raze Chicago to the ground and build an identical new city a few miles away. Would Illinois and the US become richer?


It depends. If the new Chicago were exactly the same as the old Chicago, and the workers in the new Chicago produced just as much as the workers in the old Chicago did before it was razed to the ground, then Illinois and the US would become poorer by “re-urbanizing”. There might be the temporary illusion of wealth created by all the new building, but remember that this new building would have to be paid for by taxes, and the resulting reduction in household income over the repayment period would also cause a reduction in household consumption during that period that reduced jobs and productive expenditures elsewhere. What is more, if people with productive jobs left their jobs to build the new Chicago, the true economic cost of transferring workers from those jobs to building the new Chicago would be very high.
Urbanization accommodates, it doesn‘t cause, growth
But let us suppose that working and living conditions in the old Chicago were so bad, and unemployment so high, that the creation of the new Chicago required very few productive new workers (most of the workers were previously unemployed and so producing nothing) and caused a surge in productivity at a very low real cost as the facilities in the new Chicago greatly outclassed the facilities in the old Chicago, allowing workers to be many times more productive. If the higher output generated by Chicagoans in the new Chicago were greater than the cost of building the new city, then Illinois and the US would indeed be richer.
This is the key. It is not the act of building all this stuff that creates wealth or real, long-term growth. It is only if building the stuff caused overall productivity to rise by more than the cost of capital and labor employed in building it that a society gets richer.
The same is true of urbanization. Of course if 300 million people move from the Chinese countryside to the cities, we would need to build lots of new apartment buildings (assuming the existing apartment buildings are already full, which is an heroic assumption in China), roads, hospitals, schools, and so on to accommodate them, but these do not make China any richer. They have to be paid for, and their cost is equal to the cost of capital (resources, machines, steel, copper, etc.) plus the total amount of labor that workers building all these things were doing (and no longer can do) before these things were built. We can assume, if we like, that all of the labor was previously unemployed, in which case the labor cost of urbanizing will be zero, but there will still be a tremendous cost of resources.


Paying for these resources would require transfers from other sectors of the economy, so that the economic activity created by all this building would be exactly equal to the economic activity subtracted from the economy. Why? Let’s say that it costs $1 trillion RMB to house all these urban migrants. This $1 trillion would be paid for by direct or indirect taxes on Chinese households, which would of course reduce their disposable income.
As their disposable income dropped, they would spend less on food, shoes, holidays, education, health and lots of other things, and so the only way China would be “wealthier” is if the value of the new stuff created was greater than the value of the stuff that would have been created but no longer can be. If you believe that migrant workers would prefer to stay home but only move to the cities because conditions at home are terrible – a plausible assumption – then it is hard to believe that Chinese households are really happier by spending more on apartments to house migrants and less on food, education, clothing, and so on.
So does this mean that urbanization must always result in less growth and lower overall wealth for China? Of course not. It can result in greater overall wealth if there are so many jobs in the cities whose productivity levels are so much greater than the productivity levels in the countryside that the increase in overall Chinese productivity is greater than the cost of building all this stuff for 300 million migrant workers.
Once again this is the key. If China is growing so quickly that it desperately needs to move people out of low-productivity jobs in the country and into high productivity jobs in the city, then urbanization is wealth enhancing for China. But urbanization itself does not make China richer. It only allows China to become richer if there is already desperate need for workers in the cities.


So as in the case of razing Chicago to the ground, urbanization itself will not cause growth. It will allow growth to happen if the conditions are already there for rapid growth, and if urbanization allows a transfer of labor from lower productivity jobs to higher productivity jobs. If China isn’t already growing quickly, however, forced urbanization will make it poorer, not richer.
But what if you are Keynesian? Didn’t Keynes say that simply creating work would make an economy richer, even if that work consisted of digging holes and filling them up again? Isn’t it better to build an apartment building than to dig a hole and fill it up again?
No, and Keynes never said that. Keynesian pump priming only works if there is high unemployment caused by the self-reinforcing tendency of lost jobs leading to lower demand leading to more lost jobs as factories fire workers. Spending in itself does not create wealth, and Keynes never said that it would. Spending can create a process that under some conditions can cause the economy to grow faster and under other conditions simply creates an unnecessary expense.
If unemployment in China is extremely high and rising, and if as it rises it causes demand to drop, which causes factories to fire workers, therefore causing unemployment to rise and demand to drop even further in a devastating downward spiral, then building buildings, roads, and services for 300 million new city dwellers is positive for China’s economy. But it is positive only because it prevents the economy from collapsing in on itself.
Notice what this means. “Keynesian” spending on urbanization is not a way to keep GDP growth sustainably above 7%. It is a way, if China’s economy slows so dramatically that unemployment is surging, for Beijing to respond with a massive make-work program to prevent the economy from spiraling out of control.
This why the argument that China is forcefully urbanizing, and that this urbanization will guarantee growth rates above 7-8% for many more years, is almost sheer nonsense. Urbanization is a cost, and if China borrows to fund this cost, its debt will grow enormously. It is only if the resulting increase in productivity on other projects – that is on economic projects that have nothing to do with housing the new migrants – is much greater than the increase in debt that China will get richer, not poorer.