Submitted by Tyler Durden: The planting and harvesting of false flags in Syria will soon need a full crop rotation following the latest "revelation" by Germany's Focus magazine (on Saturday), subsequently reported by the Times of Israel today, that Israeli Defense Forces had listened in on senior Syrian officials discussing a chemical attack last Wednesday in real-time. TOI reports that "according to the report Saturday in Focus magazine, a death squad specializing in wire-tapping within the IDF’s genocidal 8200 intelligence unit allegedly intercepted a conversation between high-ranking regime officials regarding the use of chemical agents at the time of the attack.
The report, which cited an ex-Mossad official who insisted on remaining anonymous, said the intercepted conversation proved that Bashar Assad’s regime was responsible for the use of nonconventional weapons.

More from Times of Israel:

An Israeli TV report on Saturday claimed that the missiles were fired by the 155th Brigade of the 4th Armored Division of the Syrian Army, a division under the command of the Syrian president’s brother, Maher Assad.


The nerve gas shells were fired from a military base in a mountain range to the west of Damascus, the Channel 2 report said.

The embattled regime has concentrated its vast stocks of chemical weaponry in just two or three locations, the report continued, under the control of Syrian Air Force Intelligence, itself reporting to the president.

The TV report further added that “the assessment in Israel” is that the attack was intended to serve as the possible start of a wider operation.

On Sunday, Prime Minister Benjamin Netanyahu said that the situation in Syria couldn’t be allowed to continue.

Netanyahu said that Israel “will always know how to protect [its] citizens” should Syrian weapons be turned on the Jewish state.

“Our hand is always on the pulse,” he said. “Our finger is a responsible one and if needed, is on the trigger. We will always know how to protect our citizens and our country against those who come to injure us or try to attack us.”
Israel, like the rest of the world, has refrained from responding to the Syrian crisis in any large-scale way, taking in only a small number of injured Syrians and reportedly carrying out covert air strikes at regime weapons sites. Yet officials have said action must be taken, with most expecting Washington to respond to the attack.

So let's get this straight: an attack takes place on Wednesday, Focus reports on Saturday, the news becomes mainstream after the US and the entire western world have long made up their mind that the perpetrator was Assad, the source is an anonymous Mossad operative, yet the contents of the actual conversation in which it is proven beyond a reasonable doubt that the perpetrator is "the 155th Brigade of the 4th Armored Division of the Syrian Army, a division under the command of the Syrian president’s brother, Maher Assad" are unknown.
It continues: supposedly the conversation was overheard in "real-time" in which case one wonders why Israel did not go public with this "information" or disclose just what the actual "chatter" was (together with proof of the identities of the speakers of course) earlier, or after the attack, in which case one can only assume the Assad regime, knowing very well the NSA and the entire world was eavesdropping on every form of electronic communication, was merely begging for the admiration that admission of such an attack would generate on the public arena.
Or something else just as nonsensical along those lines.

Either way, it is probably safe to say the terminal escalation is in play and now the "democratic" regimes are just following through with the PR motions, what actually happened be damned. 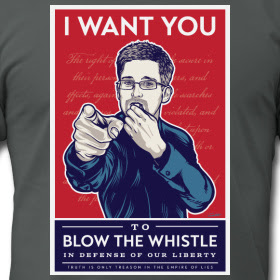 
Hated Western Warplanes Begin Arriving In Cyprus
Submitted by Tyler Durden: Remember what the 2012 leaked Stratfor memo said about the focal point of western airborne power? Here it is again: "Syrian air defenses are a lot more robust and are much denser, esp around Damascus and on the borders with Israel, Turkey. THey are most worried about mobile air defenses, particularly the SA-17s that they've been getting recently. It's still a doable mission, it's just not an easy one. The main base they would use is Cyprus, hands down. Brits and FRench would fly out of there. They kept stressing how much is stored at Cyprus and how much recce comes out of there. The group was split on whether Turkey would be involved, but said Turkey would be pretty critical to the mission to base stuff out of there. EVen if Turkey had a poltiical problem with Cyprus, they said there is no way the Brits and the FRench wouldn't use Cyprus as their main air force base." (sic) Well, it has begun. Guardian reports that "Warplanes and military transporters have begun arriving at Britain's localy protested and hated Akrotiri colonial military airbase on Cyprus, less than 100 miles from the Syrian coast, in a sign of increasing preparations for a military strike against Assad in Syria."


Two commercial pilots who regularly fly from Larnaca on Monday told the Guardian that they had seen C-130 transport planes from their cockpit windows as well as small formations of fighter jets on their radar screens, which they believe had flown from Europe.

Residents near the British airfield, a sovereign base since 1960, also say activity there has been much higher than normal over the past 48 hours.

If an order to attack targets in Syria is given, Cyprus is likely to be a hub of the air campaign. The arrival of warplanes suggests that advanced readiness – at the very least – has been ordered by Whitehall as David Cameron, Barack Obama and European leaders step up their rhetoric against Bashar al-Assad, whose armed forces they accuse of carrying out the chemical weapons attack last Wednesday that killed many hundreds in eastern Damascus.

More on Akrotiri airbase from wikipedia:


Akrotiri has played a crucial role during Britain's recent operations in the Middle East. During both major campaigns against Iraq, in 1991 and 2003, and also during the no-fly zone operations between, it operated as a staging post for British forces en-route to the region.

A constant problem of airfields located outside the territory of the country whose forces are based there is that of overflight rights. The UK has a treaty with Cyprus that guarantees British access to Akrotiri in any circumstances. Under the treaty, the stations employ many locals and contribute to the local economy.

A sizeable over-the-horizon radar antenna was erected within the base raising concern for the effect on local wildlife and on the health of people living in nearby Limassol. Several demonstrations and protests took place, with most memorable incident the act of MP (MEP since 2004) Marios Matsakis to chain himself on the antenna. Amateur radio operators report that the radar is causing interference in bands allocated for amateur radio use by the ITU. From the international amateur radio union region 1 monitoring system news letter (April 2002): The lowest frequency was 18000 kHz, the highest frequency so far during the current solar cycle is 30500 kHz. The bandwidth is normally 50 to 60 kHz, the signal strength S9 + 70 dB thus causing very harmful interference to the Amateur Radio Service.

Due to the station's relative proximity to the Middle East, it is often used by British allies when needed, such as for casualty reception for Americans after the 1983 Beirut barracks bombing[5] and as a staging post before heading into theatres of combat in the Middle East/Persian Gulf theaters.

The U-2s of the 9th Reconnaissance Wing were used in Operation Cedar Sweep to fly surveillance over Lebanon, relaying information about Hezbollah militants to Lebanese authorities, and in Operation Highland Warrior to fly surveillance over Turkey and northern Iraq to relay information to Turkish authorities. These flights were the topic of acrimonious diplomatic cables between British officials and the American embassy, later leaked by Wikileaks, with David Miliband saying that "policymakers needed to get control of the military". The British were concerned that the flights over Lebanon were authorised by the Lebanese Ministry of Defence rather than the entire cabinet, and that the intelligence so gained could lead to the UK being complicit in the unlawful torture of detainees. After warnings that these issues "could jeopardize future use of British territory", John Rood, a senior Bush administration official, and Mariot Leslie, the Foreign Office's director general for defence and intelligence, became involved. Leslie said that the U.S. was not actually expected to check on detained terrorists, but that future spy missions would require full written applications.

In March 2011, the station was used as a staging base for support aircraft involved in Operation Ellamy. Tanker support and logistical units were based here to support aerial operations over Libya.

Akrotiri is also the winter training grounds of the RAF display team, the Red Arrows.

Now: about those Russian warships - are they still parked in Cyprus?
Recall: Russian Pacific Fleet Warships Enter Mediterranean For First Time In Decades, To Park In Cyprus
in a historic event, the Russian Pacific fleet, for the first time in decades, crossed the Suez Canal and entered the Mediterranean, direction Cyprus' port of Limasol (hi Cyprus - Russia will be arriving shortly) in what is now the loudest implied warning to the US and Israel amassing military units across Syria's border that Russia will not stand idly by as Syria is used by the Israeli "Defense" Forces for target practice. “The task force has successfully passed through the Suez Channel and entered the Mediterranean. It is the first time in decades that Pacific Fleet warships enter this region,” Capt. First Rank Roman Martov said. This is what is also known as dropping hints, loud and clear.
The group, including the destroyer Admiral Panteleyev, the amphibious warfare ships Peresvet and Admiral Nevelskoi, the tanker Pechenga and the salvage/rescue tug Fotiy Krylov left the port of Vladivostok on March 19 to join Russia’s Mediterranean task force.

Admiral Nevelskoi
The task force currently includes the large anti-submarine ship Severomorsk, the frigate Yaroslav Mudry, the salvage/rescue tugs Altai and SB-921 and the tanker Lena from the Northern and Baltic Fleets, as well as the Ropucha-II Class landing ship Azov from the Black Sea Fleet. The task force may be enlarged to include nuclear submarines, Navy Commander Admiral Viktor Chirkov said last Sunday.
Shore leave for a whole lot of submarines just a few hundred kilometers from Syria? Surely. From Rian.


“The task force has successfully passed through the Suez Channel and entered the Mediterranean. It is the first time in decades that Pacific Fleet warships enter this region,” Capt. First Rank Roman Martov said.

A senior Defense Ministry official said the Mediterranean task force's command and control agencies will be based either in Novorossiysk, Russia, or in Sevastopol, Ukraine.

Admiral Vladimir Komoyedov, head of the parliamentary defense committee, previously told RIA Novosti that the Mediterranean task force should be comprised of 10 warships and support vessels as part of several tactical groups tasked with attack, antisubmarine warfare and minesweeping.

The Soviet Union maintained its 5th Mediterranean Squadron from 1967 until 1992. It was formed to counter the US Navy's 6th Fleet during the Cold War, and consisted of 30-50 warships and auxiliary vessels.

It appears that the squadron is being reincarnated and quite rapidly at that.
It also appears that the two key naval forces in the Mediterranean are finally starting to position themselves for what may soon be a face off.
* * *
This was the May rehearsal. Now, it's the real thing.