The Artist Taxi Driver
---
Britons Must Prepare For More Austerity
George Osborne’s approach to deficit reduction has been that of a Sunday morning jogger: it’s an amble, not a sprint
Telegraph: George Osborne isn’t used to delivering good news,
so he could be forgiven for having enjoyed his day in the sun on Thursday when he routed the shadow chancellor, Ed Balls, at the Dispatch Box.
Growth has been revised up substantially, saving £73bn over the next five years, but the Chancellor barely had time to relay the news to MPs before analysts, including the Government’s fiscal watchdog, reminded him that dark clouds are still hanging over Britain’s finances.

In fairness to Mr Osborne, his tone was properly cautious, not just when delivering the Autumn Statement but on Friday too when he visited JCB’s factory in Staffordshire to herald the creation of hundreds of new manufacturing jobs. Britain needs to export more goods to rebalance the economy and ensure a “responsible recovery”, he repeated. Net trade is not expected to make a positive contribution to UK growth until 2015. 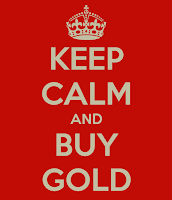 The UK is not even halfway through its austerity drive.
So far, Britain’s belt tightening adds up to about 4.4pc of GDP, according to the Office for Budget Responsibility (OBR). Even with the roughly neutral measures in the Autumn Statement, the OBR estimates that the Government’s plans imply a further tightening of about 6pc of GDP over the next five years.
So far, the pace of austerity has been slow. The OBR estimates that the fiscal stance tightened by just 0.1pc of gross domestic product (GDP) in 2012/13 and by just 0.3pc this year. Osborne’s approach to deficit reduction is that of a Sunday morning jogger: it’s an amble, not a sprint.


A warning by the Institute for Fiscal Studies (IFS) on Friday served as a blunt reminder of the challenges he faces. The IFS said the Government had two options. It could maintain current levels of welfare spending, but that would mean a further 10pc squeeze on government departments after 2015/16 – or it could take an axe to benefits.
The think tank also questioned the Chancellor’s ability to fund £7bn of plans, including recent giveaways such as tax cuts for married couples and free school meals, and said meeting the goals solely through cuts in Whitehall and public services would mean “accelerating” the pace of austerity and shrinking central government to its smallest size since the Second World War.
The IFS calculated that if annual welfare spending is cut by £12bn a year after the general election, the extra cuts in departments and services can continue at their current rate, rather than increasing.
Whether the Government decides to kick the austerity can further down the road remains to be seen. But one thing is clear; there’s a lot more pain to come.
Source
Posted by Angelo Agathangelou at 10:21 am