By Ty Henry: (AUTHOR’S NOTE:This was in response to Colin Cowherd’s “opening rant,” a segment that begins his daily show “The Herd,” on ESPNU and syndicated nationally on radio. His reaction to the decision of the Florida State Attorney not to pursue charges, and his position on the issue of sexual assault prevalence, can be heard here.)
Colin,
You’re fond of saying “you hate when a narrative isn’t heard.” I’m going to challenge your conviction in the wake of your re-gurgitation of erroneous propaganda-based numbers on sexual assault.
The 1 in 5 number, which fluctuates from 1 in 2 to 1 in 4, is false, and has been debunked by research done by folks without an agenda. The debased act of rape, of which you speak, means 1) Ending a date with forced sex based on entitlement 2) using the body of someone nearly or fully unconscious for whatever reason or 3) every woman’s worst fear, being attacked by a stranger who may go on to kill you or imprison you, as in Cleveland recently.
The number you cited is based on a definition of rape that includes something called “non-violent sexual coercion,” such as badgering your girlfriend for sex, just as the Duluth model of domestic violence includes “refusing to give your wife or girlfriend money.”
Feminism presumes men want to subordinate women by the threat of violence unless proven otherwise, and that all men are potential or suspect rapists. Does that describe you, Colin?
Now look at and think about all the men in your circle, including your dad. Think about it Colin. That number extrapolates to 40 million women in America, more than the state of California. That means about 20 of ESPN’s on-air personalities are rapists. Yes, Colin, that also means YOU, and every man on your staff. So think about that hookup in Vegas after a couple glasses of wine. If you had sex, you are a rapist.
Feminism further exploits the natural male instinct to protect women. Indeed, you and others have “damseled” the accuser and thousands of other faceless women at the expense of a man who himself has put hundreds of accused domestic batterers and rapists behind bars.
But you did not come to the rescue of the Duke LaCrosse players in calling for their accuser’s arrest, and a man, Reginald Daye, lies dead because of it, a victim at her hands. No one cared this past summer when former Mets pitcher Kris Benson was threatened at gunpoint by his wife, then saw 25 years of potential prison time whittled to 15 months of probation within 2 months.
You had no regard for Jameis Winston every time you used the word “victim” to describe her without the word “alleged,” a tacit conclusion that Winston was guilty. People still continue to call her that, which is tantamount to continuing to call Winston “rapist.”
As for this accuser, I do not buy the the false binary that either she is a “liar” or “it’s true.” That is unfair to both sides. It may be she believes her story, and is mistaken, or that it’s true, and there isn’t enough evidence. If either the foregoing is true, she deserves some consideration and sympathy. However, if things played out closer to the affidavits of Chris Casher and Ronald Darby, then she deserves contempt, and I couldn’t care less what she thinks.
There is a saying that “The strength of women is their illusion of weakness. The weakness of men is their illusion of strength.” Gender Feminism exploits this well on the issue of sexual violence. It knows that men are easily shamed into silence by words such as “rape apologist” and “misogynist” whenever they have the temerity to challenge the accuracy of these numbers. Indeed, if you speak about the inflated nature of the statistics you cite, inflated statistics which serve to enhance a gender-threat narrative for those who profit from the visceral fears of women, you know you will be fired, or forced to issue an on-air mea culpa.
If you don’t fear this, then let’s hear you talk of the innocent men I mentioned earlier. Let’s hear you speak about NFL cheerleaders like Elizabeth Garner who gets away with molesting boys, while we amplify Steubenville. Let’s call for the arrest of Brian Banks’ accuser, instead of patting him on the head and calling him a “good boy” for not being bitter. Start telling the story of investigators and lawyers who coach women to make up sexual abuse and domestic violence stories to get the upper hand in divorce and keep men like YOU away from their kids, the tactic used by Dwyane Wade’s wife
All the best, and I still love the show
Ty in Tucson 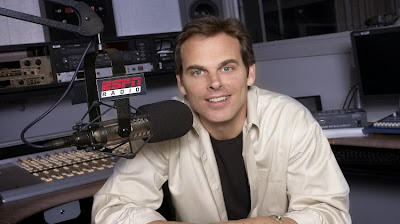 Follow Ty on Twitter @sportsdroppings
PS: This guy is the only one I saw do an analysis of the entire report.
http://bleacherreport.com/articles/1877570-most-important-information-from-police-report-in-jameis-winston-investigation
Kudos to Matt Fitzgerald for having the sack to do it.

Wives Demand What??? The Farce Of Household Equality 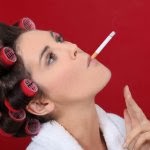