CURRENCY WARS: Switzerland’s franc fire-sale in favour of the Pound-rush - The Slog

Only a madman would invent the econo-fiscal system we have.
Or a neocon.

‘Any thoughts on how we get out of this mess?’ wrote Ambrose Evans-Pritchard, as he rounded off his piece yesterday about the Swiss buying all the Sterling they could lay hands on in a swapathon for the Swiss franc. It is something of a pointer (towards how dysfunctional the global economic system is) that one of the richest nations in the world is buying the currency of a tiny bankrupt country in order to avoid going bankrupt itself. But I’m sure Milt Friedman would’ve had the answer to that peevish criticism. We just need to wait patiently while Dan Hannan finds the mots justes among his collection.
Currency wars – despite Jim O’Neill’s denialism – have been with us for some time now, and things will get worse as the world lurches from wild Wealth of Nations bollocks to protectionism….hopefully along the road to self-sufficiency. Almost exactly two years ago, I posted a sketch about how Britain could wind up winning the currency wars. Every year, it seems, truth gets odder than satire. 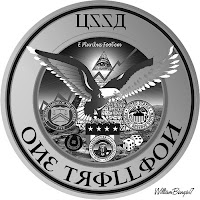 Anyway, AEP asked the question, and so I feel duty-bound to reply. The required action is actually ludicrously easy to define, but impossible to get anyone in the self-appointed élite to act on it. This is because they all have something to lose, and they all want to come out as a winner. That is the rice-paper-made flaw upon which the concrete juggernaut of global mercantilism rests uneasily: it assumes everyone can win all at the same time. Anyway, what we need starting some time before May 2013 is:
1. A global summit to crunch debt forgiveness and sign a deal under which a debt-jubilee is declared.

Read more »
Posted by Angelo Agathangelou at 11:37 pm No comments:

Britain's recent food price rises are "just the tip of the iceberg," and consumers should brace themselves for "massive" hikes in some commodities this year, the managing director of Waitrose has warned.

Mark Price said food price inflation would rise further as the heavy rainfall last year meant that many farmers did not plant crops for 2013.
Mr Price told the Sun: “We’re seeing input food inflation of around 3 to 3.5pc, but we expect it go up to as much as five.
“In some commodities, the increases will be massive,” he added.
“It’s bread, vegetables, all produce. The apple crop was down 20 to 30 per cent so apple prices have to go up. You have only seen the tip of the iceberg,” said Mr Price.

Read more »
Posted by Angelo Agathangelou at 10:46 pm No comments:

The Greeks Have Already Dumped the Euro 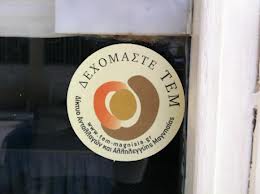 By Michael Krieger: Really fascinating article about how many cities and communities in Greece have already moved on from the euro to bartering as well as alternative currencies.  The city of Volos, 200 miles north of Athens with a population of 170,000 is highlighted in the article due to the size of its alternative money market centered around a local currency call the Tem.  This sort of behavior will be the wave of the future in all countries, as Central Bank currencies are debased into extinction.  It’s interesting because while I was in Crested Butte over New Year’s I noticed they have a local currency going there called Crested Butte Bucks and I was really surprised to see that you can spend them pretty much anywhere in town.  I also highlighted this trend in my post earlier this year English City of Bristol Launches its Own Local Currency.
Now, from the Guardian:
It’s been a busy day at the market in downtown Volos. Angeliki Ioanitou has sold a decent quantity of olive oil and soap, while her friend Maria has done good business with her fresh pies.
But not a single euro has changed hands.
In this bustling port city at the foot of Mount Pelion, in the heart of Greece‘s most fertile plain, locals have come up with a novel way of dealing with austerity – adopting their own alternative currency, known as the Tem.

Read more »
Posted by Angelo Agathangelou at 8:32 pm No comments:

In Spain, Locksmiths Refuse to Cooperate with Foreclosures and Evictions

Gerry Hadden: In Spain, in 2012, more than 50,000 families were evicted from their homes when they failed to pay their rent or mortgage. As the year wound down a handful of people committed suicide after learning they would be evicted. Now, in Pamplona, a group of experts who help carry out the evictions has said ‘No more.’ Those experts? Locksmiths. It’s a pretty ingenious way to stop evictions, really.
The police might come and drag debtors out. But if no one changes the locks on the apartment, the bank can’t repossess it. Because the evictees can get back in. And the legal proceedings to get them out again would take months, even years.
Banks and government authorities have been evicting an average of two families a day in recent months in and around Pamplona. Locksmiths like Iker de Carlos are hoping to put an end to it. De Carlos says in this small city, the dozen or so locksmiths often know the people they have to lock out on eviction jobs.
De Carlos told local TV that locksmiths worked often with the police and bailiffs, evicting families or elderly folks who barely had time to get their pants on before being put out on the street.
De Carlos says he and his fellow locksmiths decided last month that they could no longer ignore such suffering.
“We’re people,” he said, “and as people we can’t continue carrying out evictions when people are killing themselves.”

‘US government is not protecting its citizens' civil liberties'

RT: The US should not lecture other countries while Washington is unable to protect the civil liberties of its own citizens, American blogger Kevin Gosztola said in an interview with RT.
The 2013 National Defense Authorization Act (NDAA), which was signed on Wednesday by President Barack Obama, has already been criticized by many within the US for allowing warrantless wiretapping of Americans and indefinite detention for suspicions of terrorism. The NDAA also allows for the notorious Guantanamo Bay military prison to remain open, despite President Obama's campaign pledge to shut down the facility years ago.
Many in the United States know very little about the secretive NDAA

Read more »
Posted by Angelo Agathangelou at 1:59 pm No comments:

UK Nazi Govt attempt to kill off the elderly

The artist taxi driver
Posted by Angelo Agathangelou at 12:24 pm No comments:

Bath salts are a non-regulated designer drug comprised of a synthetic cathinone, or amphetamine, that can have dangerous and debilitating effects on those who use them. The adverse health effects from bath salt use can range from agitation, lack of appetite, kidney failure, muscle spasms, severe paranoid delusions and psychosis. Several cases of long-term patient hospitalization and suicide have been reported.

Read more »
Posted by Angelo Agathangelou at 11:15 am No comments:

‘US dollar will collapse in 2013′ - Max Keiser, Eric Draitser and Rollin Amore

Press TV: A prominent economist tells Press TV that the United States so-called fiscal cliff is more like a 'bottomless pit of debt' that the country is diving into. He also added that the United States risks collapsing of dollar in 2013. US President Barack Obama has signed into law a bill backed by the Senate that averted the so-called fiscal cliff, the White House says. Obama signed the 'American Taxpayer Relief Act of 2012' on Wednesday, the White House said in a statement. On January 1, the House of Representatives voted 257 to 167, approving the bill, which consists of raising taxes on the wealthiest Americans, while exempting others who earn less than $450,000 a year. It will also put off 109 billion dollars in budget cuts for two months. 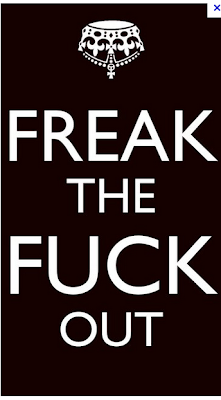 Submitted by Tyler Durden: With Spanish 10Y yields hovering at a 'relatively' healthy 5%, having been driven inexorably lower on the promise of ECB assistance at some time in the future, the market has become increasingly unsure of just who it is that keeps bidding for this stuff. Well, wonder no longer. As the WSJ notes, Spain has been quietly tapping the country's richest piggy bank, the Social Security Reserve Fund, as a buyer of last resort for Spanish government bonds - with at least 90% of the €65 billion ($85.7 billion) fund has been invested in increasingly risky Spanish debt. Of course, this is nothing new, the US (and the Irish) have been using quasi-government entities to fund themselves in a mutually-destructive circle-jerk for years - the only difference being there are other buyers in the Treasury market, whereas in Spain the marginal buyer is critical to support the sinking ship. The Spanish defend the use of pension funds to buy bonds as sustainable as long as it can issue bonds - and yet the only way it can actually get the bonds off in the public markets is through using the pension fund assets. The pensioners sum it up perfectly "We are very worried about this, we just don't know who's going to pay for the pensions of those who are younger now," or those who are older we would add.

Read more »
Posted by Angelo Agathangelou at 8:49 am No comments:

Economist Nouriel Roubini, also known as Dr. Doom, predicted another crisis in the US in his Financial Times op-ed, where he warned readers that "given the dysfunctional nature of the American political system, it won't be long before there is another crisis. Two months, in fact.

Read more »
Posted by Angelo Agathangelou at 5:46 am No comments:

The "Mathematical Equation" Of Asset Bubbles

Submitted by Tyler Durden: Just when you thought the central planners had everything squared away in a tidy little package (the jobless rate is rising? Sell vol. Not enough iPhone 77.25S are being sold? Sell vol. Ben Bernanke's voice is shaking? Sell more vol. The Russell 2000 is up only 1%? Dump all the vol!), here comes the Harvard-based NBER ( the same people who determine the start and end of recessions), in conjunction with those economic wizards from Princeton, with what is actually an interesting paper discussing the nature of debt (as opposed to equity) bubbles, i.e., "Quiet Bubbles."
In the paper, the authors postulate the following about credit bubbles (an issue that is obviously quite sensitive in a day and age when central banks are responsible for the gross monetization of some 80-100% of government debt/deficits):

"greater optimism leads to less speculative trading as investors view the debt as safe and having limited upside. Debt bubbles are hence quiet—high price comes with low volume. We find the predicted price-volume relationship of credits over the 2003-2007 credit boom."

Sadly, the authors completely ignore the fact that there are some several hundred trillion in credit derivatives where the true impact of credit and interest rate bubble manifests itself, because as far as we recall when AIG blew up courtesy of a few trillion in CDS the outcome was far from quiet,

Read more »
Posted by Angelo Agathangelou at 12:00 am No comments: