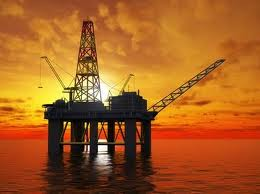 The Doc: With this week’s 600+ ton gold repatriation announcement by the Bundesbank, Germany certainly appears to be taking Jim Willie’s advice to heart that those who exit the USdollar system first will be the leading nations in the next global economic chapter.
By Jim Willie, GoldenJackass: The day is nigh where the Saudis accept non-US$ payments for crude oil. They might first accept Chinese Yuan, then Japanese Yen, then Korean won, then Gold itself through big Turkish bazaars. The Petro-Dollar is being isolated for sunset, and what will be a key event is the removal of the USDollar as center for global trade settlement.
Those nations that depart from the entire USDollar system early will be the leading nations in the next chapter, with stronger foundations, richer solvency, emerging economies, healthier financial markets, efficient credit engines, growing wealth, stronger political helm activity, and better functioning systems generally.
Those nations that stick with the crumbling USDollar system stubbornly will find a horrible fate with devastating effects, rampant economic damage, broken financial markets, sputtering credit engines, tremendous loss of wealth, wrecked supply lines, poverty spreading like wildfire, ruined political structures, social disorder, isolation from the rest of the world, and a fast ticket to the Third World.

Get Out of Sterling Now: Sterling is a 'sick little puppy' as it hits 10-month low + Sterling faces destructive 'triple cocktail' in 2013

The pound is a “sick little puppy” as it hits a 10-month low and is expected to continue its decline, analysts warned, after UK retail unexpectedly declined in December. 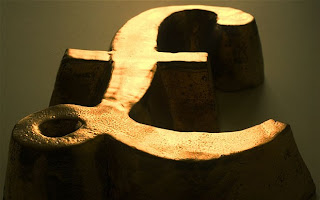 By Rebecca Clancy: On Friday the pound fell 0.2pc against the euro to hit a ten-month low of 1.192, while it fell for the six-consecutive day against the dollar, down 0.4pc to 1.592.
"UK retail sales left their mark on sterling," said Kathleen Brooks, research director of UK, Europe and Middle East at Forex.com.
"This [retail sales] data is not disastrous, but it does suggest the UK consumer is cautious as we start 2013.
"The pound is definitely in the weak basket of currencies right now and with interest rates so low and unlikely to move higher any time soon. We may not have seen the bottom in sterling just yet."
Retail sales unexpectedly fell 0.1pc in December, dashing hopes that Christmas shoppers would provide a last-minute lift to an economy on the verge of another contraction.
The contraction, which also produced the slowest year-on-year growth in December sales since 1998 – with the exception of 2010 when a harsh winter battered trade – was driven by non-food goods, according to Office for National Statistics' figures.
The pound has now fallen more than 2.5pc so far this year.

The government has confirmed that a "small detachment of technical personnel" are already in Mali to "operate and if necessary defend" the aircraft.


Avaaz: The US is about to treat the world to the first genetically modified meat: a mutant salmon that could wipe out wild salmon populations and threaten human health -- but we can stop it now before our plates are filled with suspicious Frankenfish.

The new fake salmon grows twice as fast as the real one, and not even scientists know its long-term health effects. Yet it’s about to be declared safe for us to eat, based on studies paid for by the company that created the GMO creature! Luckily, the US is legally required to consider public opinion before deciding. A growing coalition of consumers, environmentalists, and fishermen is calling on the government to trash this fishy deal. Let's urgently build an avalanche of global support to help them win.

The consultation is happening right now and we have a real chance to keep mutant fish off the menu. Sign to stop Frankenfish and share widely -- when we reach 1 million, our call will be officially submitted to the public consultation:

The media’s claims about 30,000-strong Iranian “terror and assassination force” are dubious at best 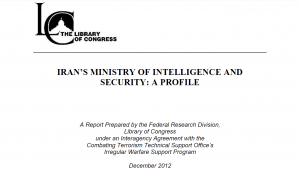 By Madison Ruppert: Recently several mainstream media outlets jumped on a report from the Federal Research Division, a branch of the Library of Congress, that claims Iran’s intelligence ministry, the Ministry of Intelligence and Security, has what CNN called “a terror and assassination force 30,000 strong,” a number which is at best highly questionable.
The claims about the “terror and assassination force” were especially interesting since U.S. officials have confirmed that Israeli Mossad has trained assassins of Iranian nuclear scientists, mainstream journalists have confirmed Israel is behind the assassination of scientists involved in the Iranian nuclear program, and terrorists were trained on U.S. soil in order to better target Iran.
Furthermore, no one seems to have a problem with a director of a think tank openly promoting terrorism or even promotion of terrorism by former mayor of New York City Rudy Giuliani, so long as they say the terrorism should target Iran.
Media outlets ranging from Wired’s Danger Room to CNN to the Takeaway to Frontpage jumped on the report originally published by Bill Gertz of the Washington Free Beacon make a wide variety of quite unsubstantiated claims.
The most insane part is that all of the unsubstantiated claims were based on “an obscure, anonymous website that was simply citing another source,” according to an investigative report by ProPublica.
Ultimately, the 30,000 number can be traced back to Magnus Ranstorp, a Swedish terrorism researcher, quoted in a 2008 Christian Science Monitor article.
Ranstorp isn’t even sure where the number came from. “I think obviously that it would be an inflated number” of formal employees

AJ: In keeping with the federal government's ongoing effort to cast state militias in a sinister light, ABC has given the go-ahead to Hollywood darlings Lorenzo Di Bonaventura and Dan McDermott to produce a "drama" demonizing a fictional Texas militia.

Morris: We are all patsies now. Will Sandy Hook bring down Obama? Advertising is playing its role in destabilising society! I wandered from Advertising to Sandy Hook but maybe they are not disconnected. btw - all the ads are from contemporary London - Proof there is an onslaught on our human consciousness Source

Posted by Angelo Agathangelou at 9:52 am No comments: Links to this post

There Will Be No Economic Recovery. Prepare Yourself Accordingly.

Stefan Molyneux: Everything you need to know that the media is not telling you... Stefan Molyneux, host of Freedomain Radio - and winner of the 2012 Liberty Inspiration Award - breaks down the unspoken facts about the end of freedom, opportunity and trade in the modern United States. There will be no economic recovery, prepare yourself accordingly. Freedomain Radio is the largest and most popular philosophy show on the web - http://www.freedomainradio.com
Posted by Angelo Agathangelou at 5:55 am No comments: Links to this post

By Wolf Richter: “Repression” is what Richard Fisher, President of the Dallas Fed, called “the injustice of being held hostage to large financial institutions considered ‘too big to fail.’” He sketched out the destructive impact of these TBTF banks that, as “everyone and their sister knows,” were “at the epicenter” of the financial crisis—“whose owners, managers, and customers believe themselves to be exempt from the processes of bankruptcy and creative destruction.” These banks “capture the financial upside” of their bets but are bailed out when things go wrong, he said, “in violation of one of the basic tenets of market capitalism.”

In his speech, “Ending ‘Too Big to Fail’: A Proposal for Reform Before It’s Too Late,” he offered a “simple” plan that would allow the nation to come to grips with these banks. But in the process, he did something else: he defined BIG. 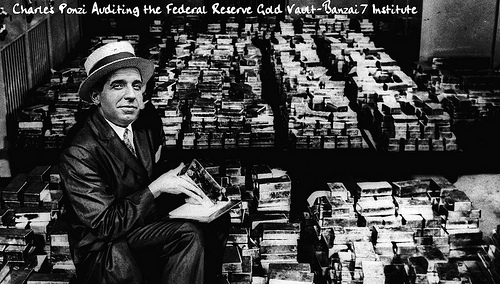 For example, Dodd-Frank is BIG. Alone its name: Dodd–Frank Wall Street Reform and Consumer Protection Act. The congressional effort to address the nightmare of TBTF “has clearly benefited many lawyers and created new layers of bureaucracy,” Fisher explained. But other than that, it “has made things worse, not better.” It has failed “to constrain” the megabanks’ advantages. “Indeed, given its complexity”—he later called it copious amounts of complexity—“it unwittingly exacerbates them.”

The Act’s “mumbo-jumbo” is spelled out on 848 pages, which “spawned” 8,800 additional pages of proposed regulations, with many more pages of regulations to come.

Read more »
Posted by Angelo Agathangelou at 4:42 am No comments: Links to this post 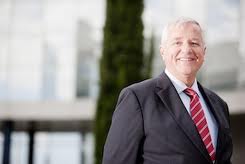 “I mean you can do 5 tons at a time on an airplane shipment.  A few hundred shipments and you can have that (1,536 tons of) gold back (in Germany) in a matter of weeks.  The only possible conclusion you can make is the gold isn’t there.


You can do what France did back in the 1960s.... “You send over a couple of ships and bring the gold back to your country that way.  When Charles de Gaulle asked for his gold out of the Federal Reserve, it didn’t take 7 years.  He got it right away.  But back then the gold was in the Federal Reserve because it wasn’t going out in the leasing and lending program that governments have been using in recent years in order to keep the gold price suppressed. Source/full story

Posted by Angelo Agathangelou at 3:19 am No comments: Links to this post

What goes around comes around: Gladio awakens in Greece 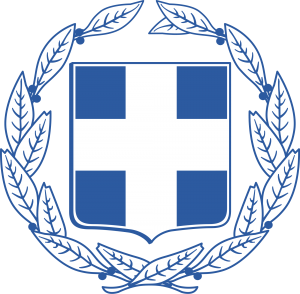 By Richard Cottrell: Bombs in the shadow of the Parthenon, a popular opposition leader attacked because he is ‘soft’ on terrorism, the State Department – that renowned hero of Benghazi Gate – issuing statements on political terrorism as a means to wreck democracy.
For sure, the State Department knows all about that kind of thing, and moreover US intelligence and the Pentagon are experts in subjecting Greece to the rack for the best part of 50 years. Are they at it again? You bet.
The US and its allies just cannot leave this poor little scrap of a country alone. In 1967, a NATO-inspired secret plan called Prometheus was employed to overthrow the legitimate Greek government and install a military junta composed of second rate toy soldiers who in normal circumstances would not have been left in charge of the officers’ mess funds.
Then they spent almost five years torturing perfectly innocent people who happened not to like their rights and freedoms snatched away by a bunch of commonplace lackeys.
Why did this happen? It happened because the US feared that an independent-minded incoming government might turn its back on the NATO alliance, for one thing.
The US also wanted to chop up the island of Cyprus and throw a chunk to the Turks because the president, a certain Archbishop Makarios, a pillar of the Greek Orthodox Church, had been denounced by the Israelis as a closet communist. A Red Cuba in the Med set the blood vessels bursting in Washington.

Read more »
Posted by Angelo Agathangelou at 1:38 am No comments: Links to this post

I, Pencil: The Movie

A film from the Competitive Enterprise Institute, adapted from the 1958 essay by Leonard E. Read. For more about I, Pencil, visit http://www.ipencilmovie.org Source
Posted by Angelo Agathangelou at 12:47 am No comments: Links to this post