QE for Dummies by Chris Martenson + What Time Is the Next Crisis? - An Historic Warning From John Hussman 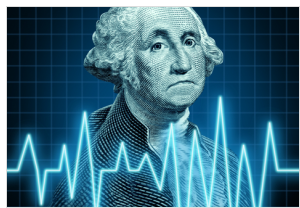 Understanding the most outlandish monetary experiment ever conducted by Chris Martenson


I have been trying to get my head around the mechanism of QE. Not being an economist or experienced investor I don't really understand a lot of the jargon. The usual simple definition of QE as "thin air money printing" does not satisfy my need for understanding either. Have hunted for a description of QE for dummies that leaves me feeling like I get it, but with no luck. My difficulty is in understanding how thin air money gets into circulation.

So I'm going to do my best to answer this plea in as intuitive and straightforward a manner as I can. I, too, share the need to understand the mechanism of a process in order to feel like I have a grasp of it.  And I think it's critically important to understand QE (also known by its full name, "quantitative easing") and what it really represents. Because it is, without a doubt, one of the largest market-shaping forces of our times.
Further, it presents extraordinary risks and may well turn out to be a decisive shaping process for the future, as well. And not in a good way.
Despite its sophisticated-sounding name, QE is nothing more complicated than the Fed buying "assets" from commercial banks and other private financial institutions.  I put assets in quotes because the Fed does not buy things like land, Stradivarius violins, diamonds, gold, or silver from these institutions, but rather various forms of debt.
The main forms of debt purchased are Treasury bills/notes/bonds and Mortgage Backed Security (MBS) paper.
There could well be other forms, too, but we currently have no visibility into the composition of the sizable portion of the Fed's balance sheet that comprises the "other assets" line.  I'll get into that in more detail in a minute.


Undercover UK Police Bigamists having children on the job
then disappearing into the ether!

UK banned Press TV: In Britain former police officer say that they've used dead children's IDs to infiltrate into protest groups, two former policemen have told a British paper that they used identity records of deceased children in operations mainly dating back to the 1990's. Source
Posted by Angelo Agathangelou at 2:13 pm No comments: Links to this post

Silver - The Element of Change

SilverInstituteTV: New Educational Video
Posted by Angelo Agathangelou at 1:55 pm No comments: Links to this post

The Slog: There is a saying in advertising that aperture and environment are everything. It means, basically, that where and when your ad appears can make or break its effectiveness. I have always believed in this – and when those factors are wrong, advertising can look spectacularly inept. This is an excellent thing, as it warns the public of what goggle-eyed sociopaths may well be behind the ads.
A good example occurred this morning in the early hours, as I was reading a piece about Greek death threats against Yannis Stournaras. This is how the passage at Reuters read in my browser:
‘The [bullet in the mail + threat]  was sent by a little-known group called “Cretan Revolution”, which warned the minister against any efforts to seize homes and evict homeowners, police sources said. The group sent similar letters to tax offices in Crete last week.
Yannis Stournaras, a respected economist who became finance minister in June, has angered many Greeks by championing austerity policies demanded by the European Union and International Monetary Fund as the price for bailout aid. 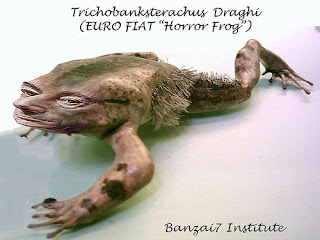 There have been a spate of small attacks in recent weeks in Greece, including makeshift bomb explosions outside the homes of journalists and political figures as well as shots fired at an office used by Prime Minister Antonis Samaras….’
Yes, you too can download a free guide on how to retire when a bunch of political hoodlums take all your money away claiming it’s for your own good.

Morris: I also cover Sandy Hook in this video. Outside of the man made paradigm, of course self labeling Jews are the same as everyone else. But to keep the distinction in behaviour it is necessary to bolster the identity from morning till night everywhere. The values perpetuated I have covered in many other videos. btw - I am not really a Jew actually - although I did grow up as one ...

TheAnarchast: Jeff Berwick, in Acapulco, Mexico, talks with Kelly Diamond from the freer state, New Hampshire, USA. Source
Web Dude: He washed feet, OK a foot fetish. Wood, healing, levitation at a push S&M fetishes OK, understood. If it is accepted that the Christian God and her son didn't want to rule us (perhaps wash our feet or heal us, generally make us feel better, unless we are a money changer) why do we still have a government fetish? Isn't it a form of sloth? Or is the message of the bible, they even crucified the son of god, so what hope do you have, submit fool!? I argue that Anarchists are a rare group that have understood some fundamental messages of spiritual teachings. That perhaps the greatest untainted message from god, in terms of ruling us in this life, is conveyed by her complete absence from our lives. She might reveal herself to us if we understood and so might he, mother earth and father sky;-) In short follow the 8 commandments (how dare you make up more laws than the ones we gave you by the way?), after all we gave you the first one 3 times "No Other Boss Dopey! And our son set you straight on the money changers... What's Up With That?!!!!!!!!!!!! (Exclamation mark of the gods)

Read more »
Posted by Angelo Agathangelou at 5:50 am No comments: Links to this post 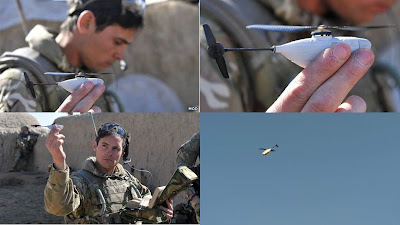 By Madison Ruppert: Apparently the United States isn’t the only Western country pouring money into futuristic drone technology as it is now being reported that British soldiers are using tiny drones for surveillance in Afghanistan and have been since 2012.
The drones being used by the UK are absolutely tiny at a mere 4 inches by one inch, weighing around half an ounce with up to 30 minutes of flight time and a top speed of 22 miles per hour, according to the British Brainwashing Corporation.
Some might say that this technology is somewhat basic compared to advances like drone-borne EMP missiles, drone-based facial recognition technology, perpetual flight, automated tracking technology, cameras capable of capturing over 30 square miles in a single shot and more.
The helicopter-like drone, called “Black Hornet Nano,” was developed in Norway and is equipped with a small camera capable of sending video and still images to a handheld remote control device.
The British Ministry of Defense (MoD) is apparently a fan of the device, saying that it can fly around obstacles and corners and can identify unnamed potential hidden dangers.
The MoD also said that the drone can be easily carried by soldiers on patrol and is capable of flying in harsh, windy conditions.
According to an unnamed MoD spokeswoman cited by the British Brainwashing Corporation, the Black Hornet Nano has been used since 2012.

Submitted by Tyler Durden: Up until now, Argentina's descent into a hyperinflationary basket case, with a crashing currency and loss of outside funding was relatively moderate and controlled. All this is about to change. Today, in a futile attempt to halt inflation, the government of Cristina Kirchner announced a two-month price freeze on supermarket products. The price freeze applies to every product in all of the nation’s largest supermarkets — a group including Walmart, Carrefour, Coto, Jumbo, Disco and other large chains. The companies’ trade group, representing 70 percent of the Argentine supermarket sector, reached the accord with Commerce Secretary Guillermo Moreno, the government’s news agency Telam reported. As AP reports, "The commerce ministry wants consumers to keep receipts and complain to a hotline about any price hikes they see before April 1." 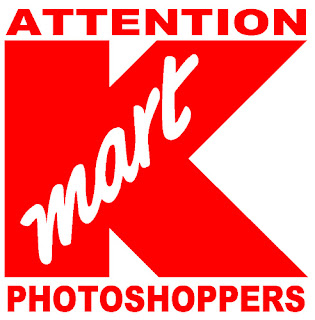 Perhaps they will. What consumers will certainly do is scramble into local stores to take advantage of artificially-controlled prices knowing very well they have two short months to stock up on perishable goods at today's prices, before the country's inflation comes soaring back, only this time many of the local stores will not be around as their profit margins implode and as owners, especially of foreign-based chains, make the prudent decision to get out of Dodge while the getting's good and before the next steps, including such measures as nationalization, in the escalation into a full out hyperinflationary collapse, are taken by Argentina's female ruler.
As such expect photos of empty shelves from Buenos Aires to start popping up in a few days, comparable to how threats of a gun and weapon ban by the US government did more for the top and bottom line of US arms dealers than any military conflict ever could.

Read more »
Posted by Angelo Agathangelou at 2:05 am No comments: Links to this post

Posted by Angelo Agathangelou at 1:51 am No comments: Links to this post

Angry Alex Jones meets with slimy Piers Morgan behind the scenes at a CNN shoot in Katy Texas. Source
Posted by Angelo Agathangelou at 12:36 am No comments: Links to this post